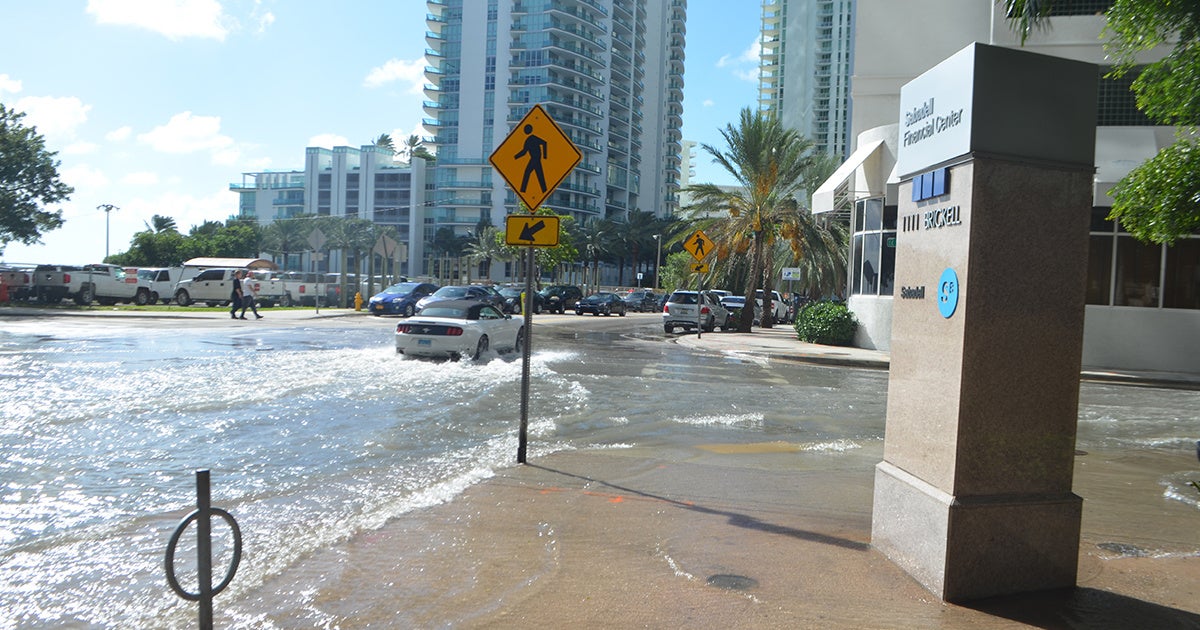 Tidal flooding in Florida; despite voting for Trump in 2016, the state leads the nation in likely economic losses from climate change. B137 / CC BY-SA 4.0

U.S. opinion on climate change is still highly polarized, with 82 percent of Democrats and only around 25 percent of Republicans ranking it a “very serious” problem, according to a November poll from Monmouth University. However, that divide is weakening. The same poll found that 64 percent of Republicans now acknowledge that it is happening, compared to 49 percent three years ago.

Now, a report released Tuesday explains that Republican attitudes have good reason to shift. The Brookings Institution’s Metropolitan Policy Program looked at the data and found that many Republican-leaning states and districts are actually more likely to suffer the impacts of climate change than many so-called blue states.

Many of the states with the most to lose from climate change voted heavily for Donald Trump in 2016. https://t.co/FqD9vEQRXR pic.twitter.com/F4KK3aaPBt

“Drill down on the political geography of climate damage and it becomes clear that in much of the country Republicans are voting for people who are opposed to climate policy even as they are most exposed to climate impacts,” report authors David G. Victor, Mark Muro and Jacob Whiton wrote.

The report relied on data from the Climate Impact Lab predicting the county-by-county economic costs of climate change in the U.S. through the end of the 21st Century. It found that many traditionally red states would be disproportionately impacted. Part of this is because sea level rise and more extreme coastal storms like hurricanes will cause especial damage to the Southeast and Florida. States like Texas and Arizona also stand to see heavy losses. Overall, Republican-leaning counties could see their income fall by as much as 28 percent by 2100 if no action is taken to curb greenhouse gas emissions.

The climate harms map makes clear that in much of the country Republicans are voting for people who oppose policies that might help them.

On the other hand, many Democratic-leaning regions like the Pacific Northwest, the upper Midwest, the Interior West and New England could actually see economic gains by the end of the century.

A similar discrepancy was apparent at the county level during both the 2016 Presidential and 2018 Congressional elections:

Muro, Victor and Whiton used their findings to recommend a new strategy to environmental activists looking to convince Republican voters.

“Activists who want to change the political equation can derive a clear strategy from the harm data: Work in the reddish swing states by focusing spotlights and cost accounting on the severe economic effect wrought by climate change,” they advised. “Party attitudes on climate change could shift quickly there as people are confronted with climate reality. That’s exactly what happened in other areas—for example, gays serving in the military or state-sanctioned gay marriage—when political attitudes were forced to confront new realities around the Thanksgiving dinner table and on television.”

Correction: This post has been revised to correct a misspelling in the name of author Jacob Whiton.