How to Clean Up Our Universal Plastic Tragedy 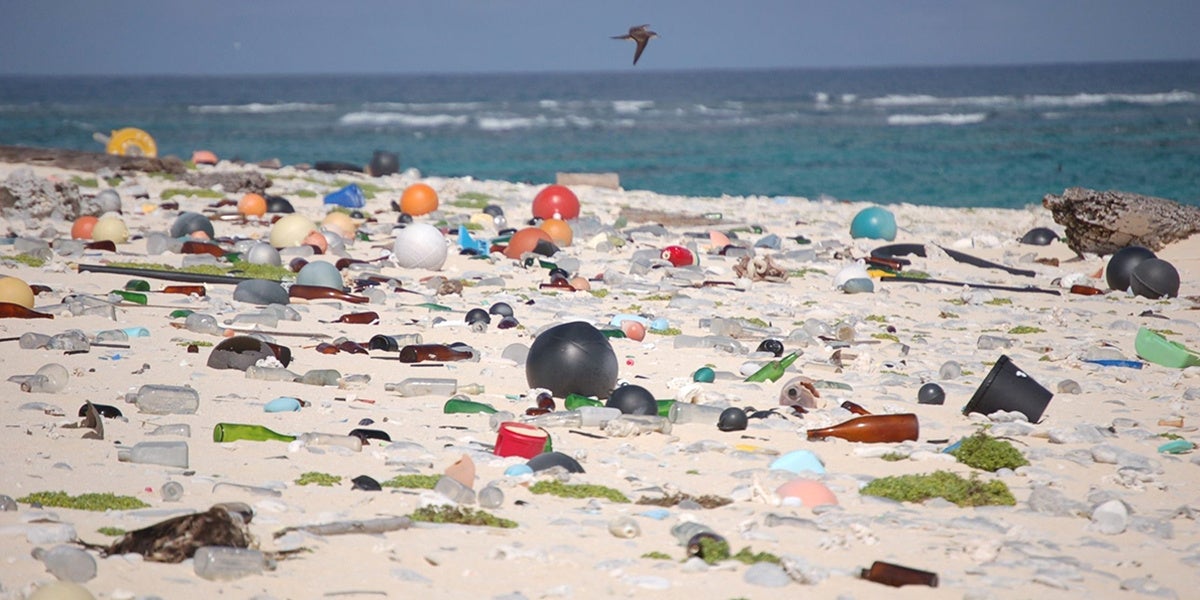 Twenty five years ago, I spent a summer removing plastic packing bands and plastic nets from 135 entangled Antarctic fur seals on Bird Island, South Georgia in the sub-Antarctic. Plastic marine waste discarded by the fishing industry were the primary source of entanglements.

A quarter of a century later, plastic is still a huge problem. In the past month alone, we have seen dead whales wash ashore with their stomachs full of plastic bags.

This ought to be a strong enough signal to trigger collective action to clean up and improve governance of the plastics that have become this century’s Tragedy of the Commons.

Governments and individuals all need to reconsider how we use and dispose of our single-use plastics (SUPs). Within just two generations we have produced and discarded so much plastic that we are now literally drowning in it.

Recently, a former colleague in Newfoundland was so fed up at staring at a pile of garbage dumped on nearby public property that she took it upon herself to clean it up. The result was almost a truckload of trash comprising five full garbage bags and other miscellaneous pieces, most of it SUPs.

We all use SUPs, not just those countries with the largest populations, and so we are all are culpable in contributing to global plastic pollution.

Until recently, China was the world’s largest importer of recyclable materials (including plastics) from developed countries, such as Canada, the U.S. and European countries. But these imports have since been banned.

This has left many developed countries scrambling to figure out how to recycle or dispose of their SUPs, with many jurisdictions (from municipalities to entire countries) considering bans or fees on SUP bags.

Recently, Prince Edward Island took the big step to announce new legislation to make it the first province to ban SUP shopping bags. Seattle is the first major U.S. city to ban the use of plastic drinking straws.

Canada is planning to adopt a zero-waste strategy, and we recently heard more about these details in the non-binding G7 Ocean Plastics Charter, which was agreed to by five of the seven participating nations and the European Union (EU). However, neither the U.S. nor Japan signed the voluntary agreement.

National and international organizations have also made recent announcements about how to reduce and improve recycling, but all have committed to widely varying timelines to achieve these goals.

For example, the United Nations Environment Programme (with support from 42 governments), declared a fight against plastics, announcing their global Clean Seas campaign in 2017 to eliminate major sources of marine debris by 2022.

The following year, the European Commission (EC) adopted the first Europe-wide strategy on plastics, aiming for all plastic packaging in the EU to be reusable or recyclable—but not until 2030.

Lagging behind the international community, the United Kingdom announced it will eliminate “avoidable” plastic waste by 2042—almost a generation away!

Meanwhile, Canada has also been soliciting comments and ideas on ways to reduce plastic pollution and improve recycling.

With governments setting unambitious targets, it seems that large corporations are now showing leadership by listening to consumers who are demanding fewer SUPs in their packing and food containers.

Recently, McDonald’s announced that it would replace plastic straws with paper ones in all of its U.K. and Ireland restaurants, as of September 2018. This strategy may soon be rolled out in other jurisdictions. IKEA has also committed to eliminating all SUP products from its home furnishing range by 2020, including plastic straws, plates, cups, freezer bags, garbage bags and plastic-coated paper plates and cups.

Why has it taken so long to tackle this wicked problem?

Sure, the plastics industry has something to lose, and maybe governments also lack the will and technology to make the transition sooner?

But time is running out.

I’m just glad that the Romans invented viaducts and straight roads instead of SUPs, as we likely wouldn’t be here today if they had. Giving up a plastic straw, stirrer or bag might not be so bad after all.

If I have to choose between “Planet or Plastic,” I know which I’ll pick. What about you?