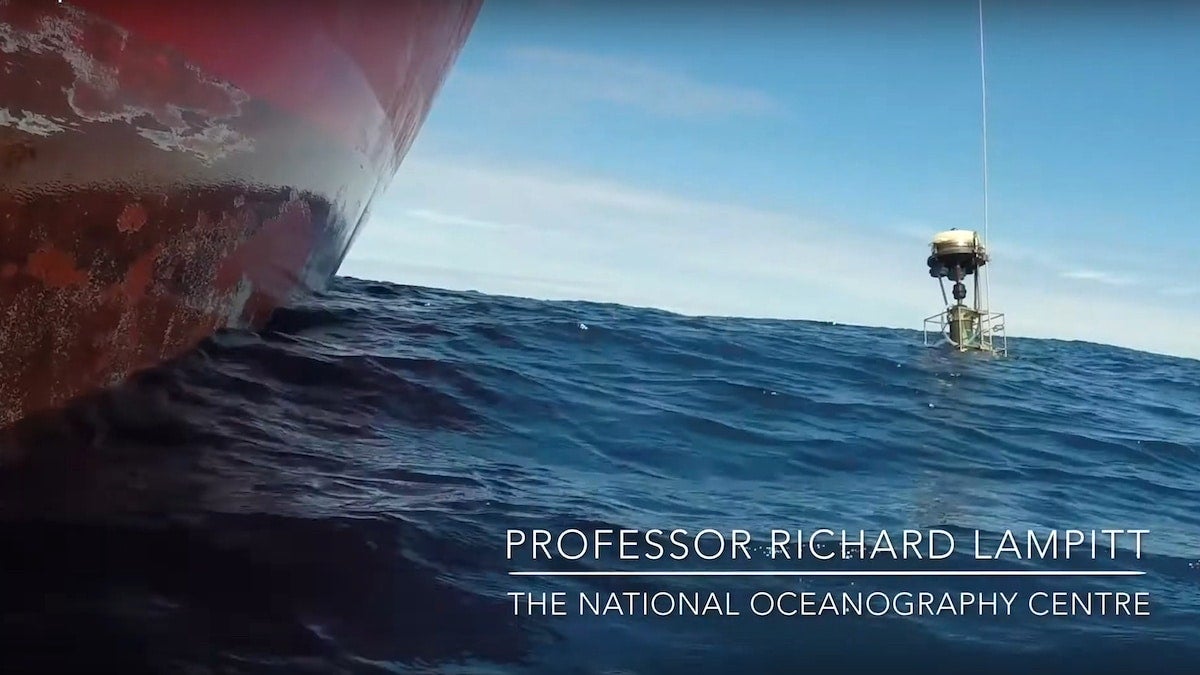 A National Oceanography Centre study is the first to measure the "invisible" microplastics beneath the surface of the entire Atlantic Ocean. NOC News / YouTube

There is at least 10 times more plastic polluting the Atlantic Ocean than previously believed, a new study has found.

The National Oceanography Centre (NOC) study, the first to measure the “invisible” microplastics beneath the surface of the entire Atlantic Ocean, found that there were between 12-21 million tonnes (approximately 13-23 million U.S. tons) of them floating in the top 200 meters (approximately 656 feet) under the waves.

However, the study only measured the three most common types of microplastic in the upper levels of the ocean, The Guardian pointed out. The researchers estimate that the Atlantic’s total plastic load is closer to 200 million tonnes (approximately 220.4 million U.S. tons). That is much higher than the previous estimate of 17 million to 47 million tonnes (approximately 19 to 52 million U.S. tons) of plastic released into the Atlantic between 1950 and 2015.

“The amount of plastic has been massively underestimated,” lead study author Katsiaryna Pabortsava told The Guardian.

The research, published in Nature Communications Tuesday, was based on seawater samples taken from September to November 2016, the NOC explained. Pabortsava and her coauthor professor Richard Lampitt then filtered their samples and used spectroscopic imaging to detect the three most common and most polluted types of plastic: polyethylene, polypropylene and polystyrene.

The pair found up to 7,000 particles of the plastics per cubic meter of seawater, BBC News reported. The total weight of the plastic they detected would be enough to fill almost 1,000 container ships.

Lampitt said the research was an important part of understanding the dangers posed by plastic pollution.

“In order to determine the dangers of plastic contamination to the environment and to humans we need good estimates of the amount and characteristics of this material, how it enters the ocean, how it degrades and then how toxic it is at these concentrations,” he said in the NOC release. “This paper demonstrates that scientists have had a totally inadequate understanding of even the simplest of these factors, how much is there, and it would seem our estimates of how much is dumped into the ocean [have] been massively underestimated.”

University of Manchester plastics expert professor Jamie Woodward, who was not involved with the study, told BBC News that the next step was to determine what that plastic was doing to the ocean environment.

“We now need to understand the ecological impacts of this contamination in all parts of the ocean, since they have been in the oceans at all depths for a long time,” he said.

“The sources of plastic in the ocean have not been quantified properly,” Pabortsava told The Guardian. “We really don’t know enough about how much plastic is going into the ocean, and where from.”

Correction: A previous version of this article inadvertently left out the word “million” when describing the amount of plastic found in the ocean. It has been corrected to include the correct measurements of 13-23 million, 220.4 million, and 19 to 52 million U.S. tons.