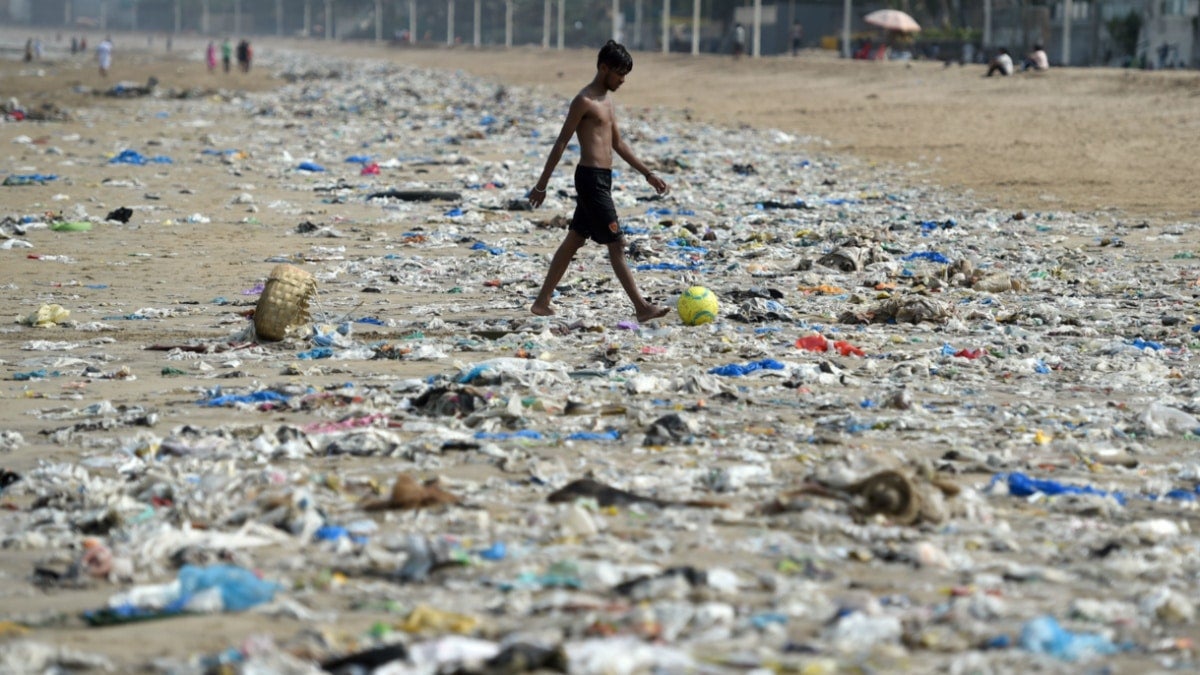 Analysis released Thursday of the world’s top 10 biggest plastic polluters in 15 countries reveals how major corporations hide behind the veneer of corporate responsibility while actively working to thwart regulatory legislation around the globe.

“This report is a damning exposé of the tactics employed by the plastics industry and shines a welcome light on the shadowy world of corporate lobbying,” Natalie Fee, founder of City to Sea, which supported the research conducted by the Changing Markets Foundation, said in a statement.

“For too long,” said Fee, “the true cost of plastic production has been externalized, meaning plastic producers continue to get away with ecocide while waste management companies, consumers and marginalized communities around the world are left to deal with millions of tonnes of toxic plastic waste.”

Out now! 📢 Our ground-breaking new report reveals the hypocrisy of the world’s biggest #plasticpolluters, who claim to be tackling the plastic crisis while actually fighting legislation behind closed doors #TalkingTrash https://t.co/p2CJDQhhFR pic.twitter.com/b59DScbfSZ

The report—titled “Talking Trash: The Corporate Playbook of False Solutions,”—exposes how Coca-Cola, Colgate-Palmolive, Danone, Mars Incorporated, Mondelēz International, Nestlé, PepsiCo, Perfetti Van Melle, Procter & Gamble, and Unilever deploy “tactics to undermine legislation in individual countries are in fact part of a global approach by Big Plastic to ensure that the corporations most responsible for the plastic crisis evade true accountability for their pollution.”

According to Changing Markets Foundation Thursday, the investigations found:

“This report exposes the two-faced hypocrisy of plastic polluters, which claim to be committed to solutions, but at the same time use a host of dirty tricks to ensure that they can continue pumping out cheap, disposable plastic, polluting the planet at a devastating rate,” said Nusa Urbanic, campaigns director for the Changing Markets.

“Plastic is now pouring into the natural world at a rate of one garbage truck a minute, creating a crisis for wildlife, the climate and public health,” Urbanic continued. “The responsibility for this disaster lies with Big Plastic—including major household brands—which have lobbied against progressive legislation for decades, greenwashed their environmental credentials, and blamed the public for littering, rather than assuming responsibility for their own actions.”

Big Plastic jumped at the opportunity presented by the Covid-19 pandemic—which has caused a surge in single-use plastic consumption—to pressure lawmakers to roll back current regulations and prevent new ones, according to the report.

Additionally, Changing Markets noted that plastic pollution has devastating effects on the environment and is a key contributor to the climate crisis.

According to the group:

“The plastic pollution crisis is a deeply interconnected climate crisis, a biodiversity crisis, and a public health crisis all combined… Plastic saturates almost every surface of the planet—from the deepest abysses to the highest mountains and remotest islands—causing an unprecedented crisis for wildlife… Virgin-plastic production is a major contributor to climate change, generating enough emissions—from the moment they leave the ground as fossil fuels, and throughout their entire life cycle—to use up 10 to 15% of our entire carbon budget by 2050 at current rates of growth. Disposal of plastics through incineration and backyard burning also contributes to climate change and creates a toxic fallout undermining human and planetary health.”

The industry’s contribution to the global climate emergency is nothing new, but progressive legislators continue to face an uphill battle when it comes to regulating these powerful corporations.

Amount of federal government subsidies given to the fossil fuel industry every year: $15 billion.

The amount it should be, immediately: $0.

Urbanic urged lawmakers to act to protect the planet.

“The voluntary initiatives and commitments by the industry have failed,” she said in a statement. “Policymakers should look past the industry smokescreen and adopt proven, progressive legislation globally to create the systemic change that this crisis so urgently needs.”