Plastic Debris Found on One of World’s Most Inaccessible Sites 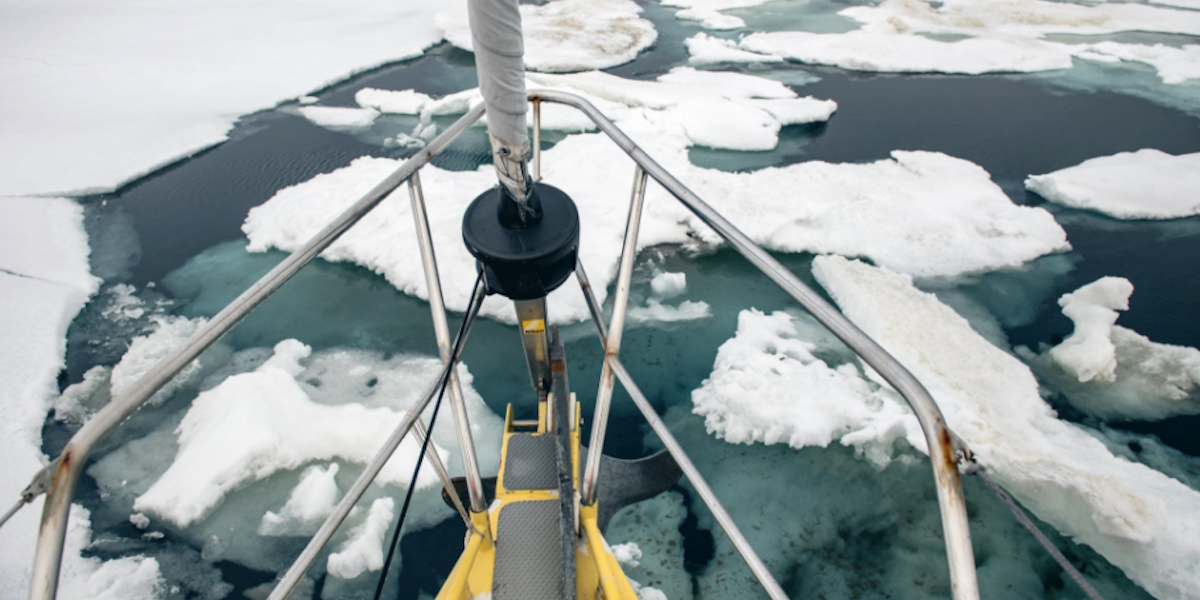 Arctic Mission vessel ventures into a "new, unexplored and vulnerable ocean region on the planet, the Central Arctic Ocean."

It’s becoming clear that
plastic pollution is everywhere, even at the northernmost tip of the planet.

Scientists have recently found chunks of polystyrene on ice floes in the Central Arctic Ocean, about 1,000 miles from the north pole—an area that could not be accessed before due to sea ice, the
Guardian reports.

But the international team of researchers—onboard explorer Pen Hadow’s acclaimed
Arctic Mission—were able to venture so far north due to the area’s melting sea-ice cover.

“Vessels can now access and exploit a new, unexplored and vulnerable ocean region on the planet,” an expedition
blog post states, noting that approximately 1 million square kilometers of the Central Arctic Ocean is likely to have been ice-free this summer.

“For the 25 years I have been exploring the Arctic I have never seen such large and very visible items of rubbish,” Hadow told the Guardian. “The blocks of polystyrene were just sitting on top of the ice.”

These non-biodegradable items can break down into tiny pieces or
microplastics and can get ingested by marine animals and enter the larger food chain. The area is home to polar bears, whales, seals, fish, seabirds and other species that are unique to the ecosystem.

“Finding pieces of rubbish like this is a worrying sign that melting ice may be allowing high levels of pollution to drift into these areas,” marine biologist Tim Gordon of Exeter University in the U.K., who heads the research team, explained to the Guardian. “This is potentially very dangerous for the Arctic’s wildlife.”

“The Arctic Ocean’s wildlife used to be protected by a layer of sea ice all year round,” Gordon said. “Now that is melting away, this environment will be exposed to commercial fishing, shipping, and industry for the first time in history. We need to seriously consider how best to protect the Arctic’s animals from these new threats.”

At the same time, Ceri Lewis from the University of Exeter noted that Arctic thawing could also unlock
massive amounts of frozen plastic.

Scientists have shown that up to 12 million tonnes of plastic is entering our oceans every year—that’s a rubbish truck full every minute.

NEW BLOG POST: A day in the life of our onboard scientists… https://t.co/CbD9mFxBMW #arcticmission #protect90north pic.twitter.com/5n5E9AJRfl