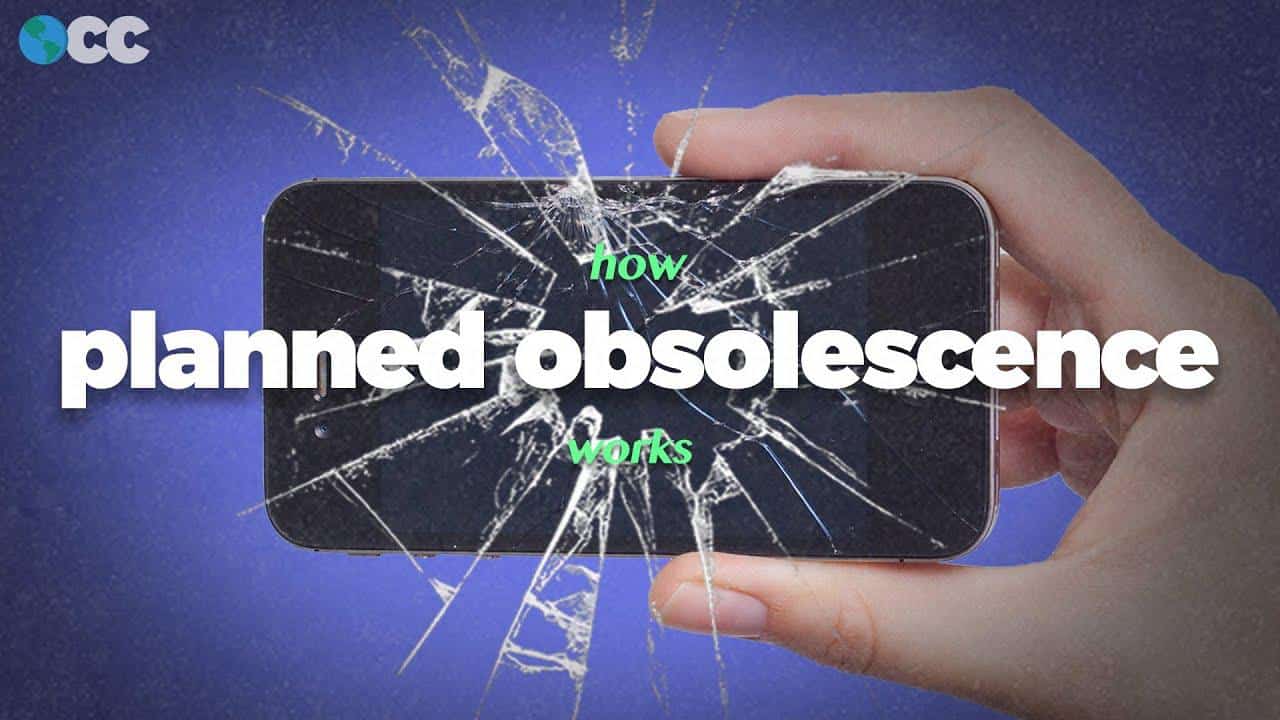 In December of 1924, the heads of all the major lightbulb manufacturers across the world met in Geneva to concoct a sinister plan. Their talks outlined limits on how long all of their lightbulbs would last. The idea is that if their bulbs failed quickly customers would have to buy more of their product. In this video, we’re going to unpack this idea of purposefully creating inferior products to drive sales, a symptom of late-stage capitalism that has since been coined planned obsolescence. And as we’ll see, this obsolescence can have drastic consequences on our wallets, waste streams, and even our climate.

Corporations create obsolescence through two main avenues: planned obsolescence and perceived obsolescence. Both practices are meant to make a product seem useless or actually useless in order to drive sales. Planned obsolescence occurs when a company manufactures a device to fail before its realistic lifespan. This usually means a weaker filament, plastic encasement, or a fragile glass screen that limits the durability of the good. In the case of the collection of 1920s electricity companies known as the Phoebus cartel, they applied this principle to lightbulbs. The Phoebus cartel collectively cut the lifespan of their products in half from 2,000 to 1,000 hours, so that consumers would have to buy twice the amount of lightbulbs that they did previously.

On the other side of obsolescence, there’s the more amorphous phenomenon of perceived obsolescence. Think of that new phone you bought or that new style of clothes you’ve been eyeing or even this year’s new line of pickup trucks. All these are instances of perceived obsolescence. When companies release their new line of products, their older products quickly become unfashionable or less desirable. In order to get you to keep buying their goods corporations consistently market their new lines to make it seem like that new gadget you just bought a year ago is an antique, even though, in most cases, the older product still works. This kind of perceived obsolescence is especially prevalent with cars, technology, and fashion because these consumer goods have been transformed into status symbols. If you want to keep up appearances, you grab the newest model of the iPhone. If you want to look good, you buy the latest style from that Instagram ad.

But how and why do planned and perceived obsolescence work on us? Go watch the full video to find out the answer.