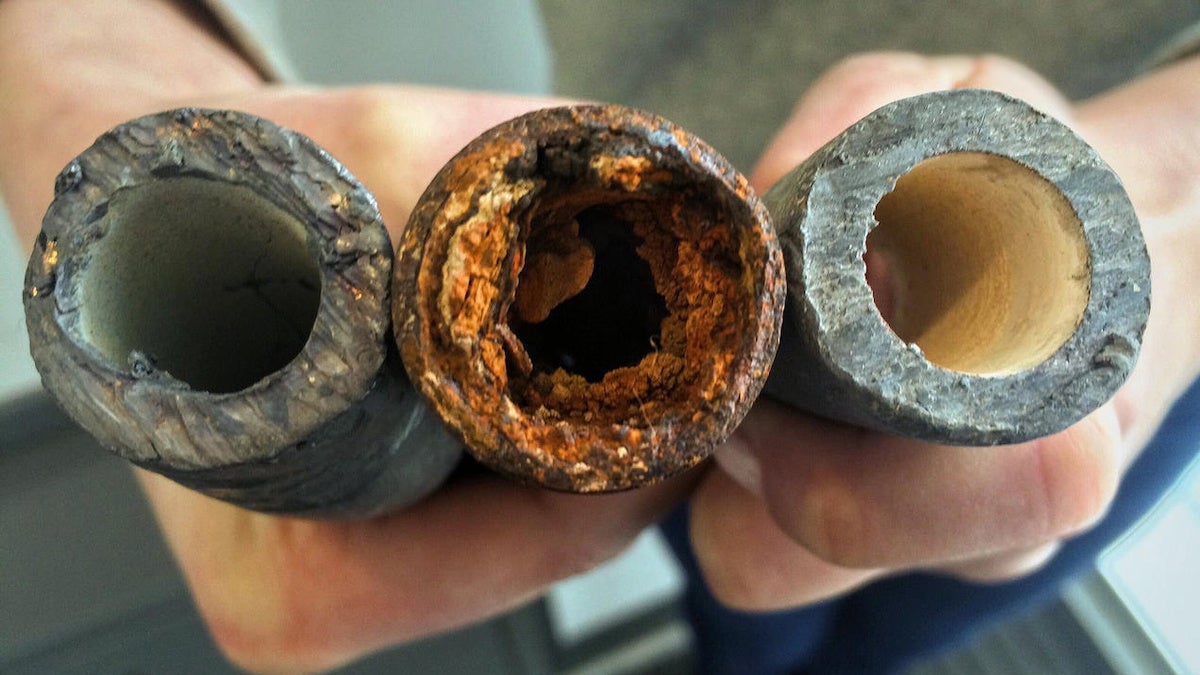 Examples (from left) of a lead pipe, a corroded steel pipe and a lead pipe treated with protective orthophosphate. U.S. EPA Region 5

Under an agreement negotiated by community groups — represented by NRDC and the Pennsylvania Utility Law Project — the Pittsburgh Water and Sewer Authority (PWSA) will remove thousands of lead water pipes by 2026 in order to address the chronically high lead levels in the city’s drinking water and protect residents’ health.

“During this global pandemic more than ever, it’s critical that PWSA provide safe drinking water to all city residents, that residents in Pittsburgh continue to have significant say over how ratepayer dollars are spent, and that we do everything we can to take care of the most vulnerable people in our communities,” said Jennifer Rafanan Kennedy, executive director of Pittsburgh United, a coalition of labor, faith and environmental groups that helped negotiate the settlement.

Under the settlement, which was recently approved by the Pennsylvania Public Utility Commission, PWSA must prioritize replacement for residents in high-risk neighborhoods. It must also limit the practice of replacing only part of a lead service line, which can cause lead levels to substantially increase.

PWSA will also expand its free tap water filter program to include low-income renters whose homes may have lead lines, homes with lead lines where PWSA replaces a water meter, and any customer whose tap water contains at least 10 parts per billion of lead.

“The aggressive steps to get the lead out of Pittsburgh outlined in the settlement are necessary to protect the health of children and families,” said NRDC attorney Pete DeMarco. “The burdens of lead-contaminated water fall most heavily on low-income families and communities of color, which is why it is so important to prioritize lead service line replacements in those neighborhoods where residents are at greatest risk.”

Pittsburgh’s drinking water has been contaminated with lead since at least 2016, with levels above the federal action limit in five out of the last eight testing periods. There is no safe level of lead exposure: The heavy metal can cause serious and irreversible damage to the body, affecting the nervous system, fertility and cognitive ability, among other functions, and posing a particularly high risk for children.

Pittsburgh is just the latest in a growing list of cities facing drinking water crises, such as Flint, Michigan, and Newark, New Jersey. In 2016, NRDC analysis indicated that more than 18 million people were being served by 5,363 community water systems that violated the Lead and Copper Rule. But Pittsburgh United said that the settlement could now provide a model for other cities with lead-contaminated drinking water. “Safe water is a right, not a luxury,” Kennedy says. “Although work remains to be done to ensure all customers have access to safe and affordable service, this settlement puts PWSA on a path to replacing all residential lead service lines.”

Pittsburgh residents who would like to know whether their home is serviced by a lead water line that is slated to be replaced or whether they are eligible for a free filter can contact PWSA’s lead help desk at 412-255-8987 or leadhelp@pgh2o.com.