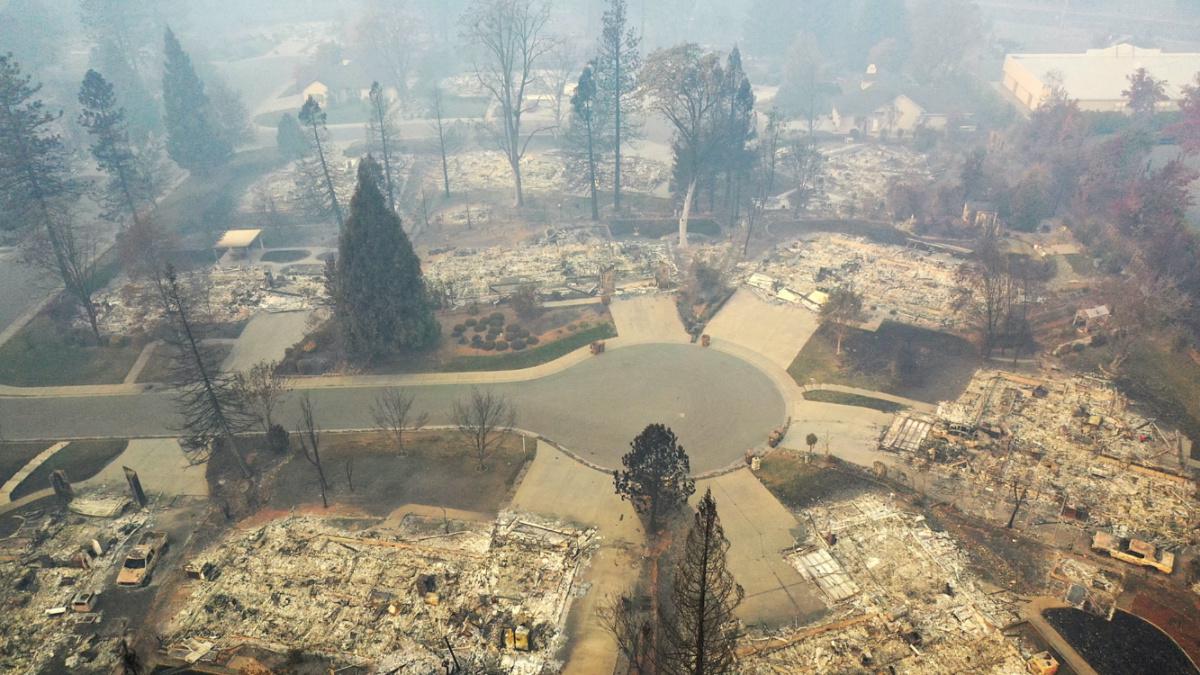 When wildfires swept through the hills near Santa Cruz, California, in 2020, they released toxic chemicals into the water supplies of at least two communities. One sample found benzene, a carcinogen, at 40 times the state’s drinking water standard.

Our testing has now confirmed a source of these chemicals, and it’s clear that wildfires aren’t the only blazes that put drinking water systems at risk.

In a new study, we heated plastic water pipes commonly used in buildings and water systems to test how they would respond to nearby fires.

The results, released Dec. 14, show how easily wildfires could trigger widespread drinking water contamination. They also show the risks when only part of a building catches fire and the rest remains in use. In some of our tests, heat exposure caused more than 100 chemicals to leach from the damaged plastics.

As environmental engineers, we advise communities on drinking water safety and disaster recovery. The western U.S.’s extreme wildfire seasons are putting more communities at risk in ways they might not realize. Just this year, more than 52,000 fires destroyed more than 17,000 structures – many of them homes connected to water systems. Heat-damaged plastic pipes can continue to leach chemicals into water over time, and ridding a water system of the contamination can take months and millions of dollars.

A Baffling Source of Contamination

The cause of drinking water contamination after wildfires has baffled authorities since it was discovered in 2017.

After the 2017 Tubbs Fire and 2018 Camp Fire, chemicals were found in buried water distribution networks, some at levels comparable to hazardous waste. Contamination was not in the water treatment plants or drinking water sources. Some homeowners found drinking water contamination in their plumbing.

Tests revealed volatile organic compounds had reached levels that posed immediate health risks in some areas, including benzene levels that exceeded the EPA hazardous waste threshold of 500 parts per billion. Benzene was found at a level 8,000 times the federal drinking water limit and 200 times the level that causes immediate health effects. Those effects can include dizziness, headaches, skin and throat irritation and even unconsciousness, among other risks. 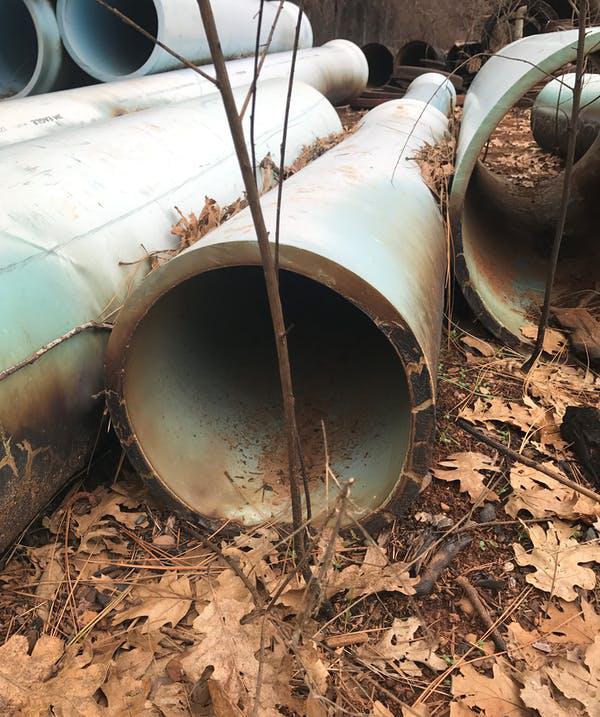 The Problem With Plastics

Plastics are ubiquitous in drinking water systems. They are often less expensive to install than metal alternatives, which hold up against high heat but are vulnerable to corrosion.

Today, water pipes under the street and those that deliver water to customers’ water meters are increasingly made of plastic. Pipes that transport the drinking water from the meter to the building are often plastic. Water meters also sometimes contain plastics. Private wells can have plastic well casings as well as buried plastic pipes that deliver well water to plastic storage tanks and buildings.

Pipes inside buildings that carry hot and cold water to faucets can also be plastic, as can faucet connectors, water heater dip tubes, refrigerator and ice maker tubing. 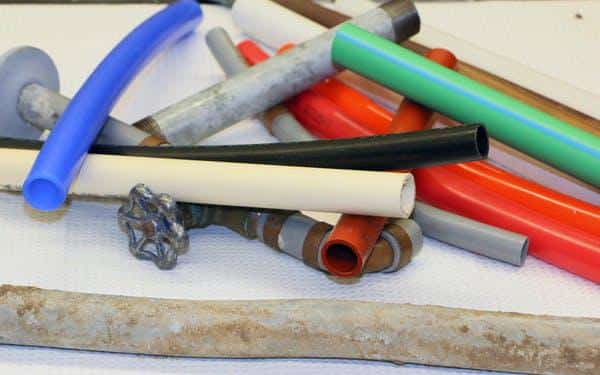 To determine if plastic pipes could be responsible for drinking water contamination after wildfires, we exposed commonly available plastic pipes to heat. The temperatures were similar to the heat from a wildfire that radiates toward buildings but isn’t enough to cause the pipes to catch fire.

Benzene and other chemicals were generated inside the plastic pipes just by heating. After the plastics cooled, these chemicals then leached into the water. It happened at temperatures as low as 392 degrees Fahrenheit. Fires can exceed 1,400 degrees.

While researchers previously discovered that plastics could release benzene and other chemicals into the air during heating, this new study shows heat-damaged plastics can directly leach dozens of toxic chemicals into water.

What to Do About Contamination

A community can stop water contamination from spreading if damaged pipes can be quickly isolated. Without isolation, the contaminated water may move to other parts of the water system, across town or within a building, causing further contamination.

During the CZU Lightning Complex Fire near Santa Cruz, one water utility had water distribution system valves that seemed to have contained the benzene-contaminated water.

Rinsing heat-damaged pipes won’t always remove the contamination. While helping Paradise, California, recover from the 2018 Camp Fire disaster, we and the U.S. Environmental Protection Agency estimated that some plastic pipes would have required more than 100 days of nonstop water rinsing to be safe for use. Instead, officials decided to replace the pipes. 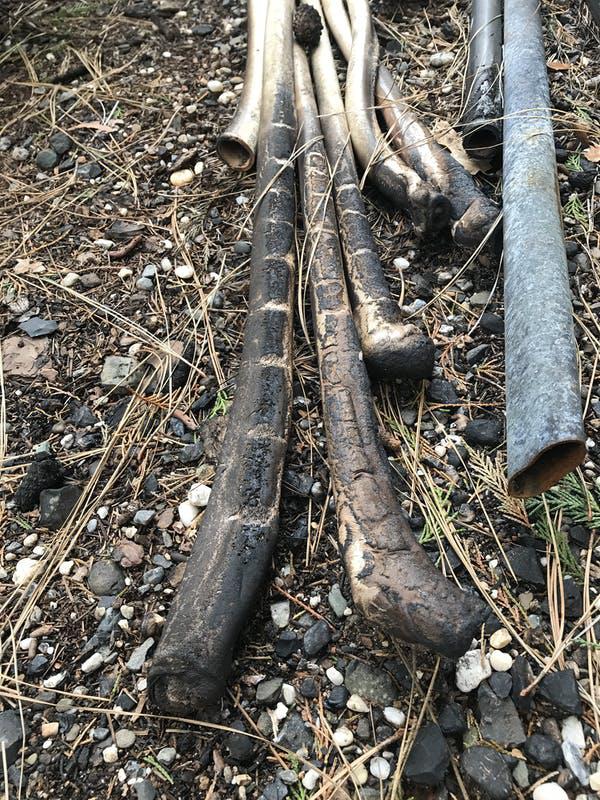 Communities can take steps to avoid contaminated drinking water in the event of a fire. Water companies can install network isolation valves and backflow prevention devices, to prevent contaminated water moving from a damaged building into the utility pipe network.

Insurance companies can use pricing to encourage property owners and cities to install fire-resistant metal pipes instead of plastic. Rules for keeping vegetation away from meter boxes and buildings can also lessen the chance heat reaches plastic water system components.

Homeowners and communities rebuilding after fires now have more information about the risks as they consider whether to use plastic pipes. Some, like the town of Paradise, have chosen to rebuild with plastic and accept the risks. In 2020, the city had another wildfire scare and residents were forced to evacuate again.

Amisha Shah is an Assistant Professor of Civil Engineering and Environmental and Ecological Engineering, Purdue University.

Disclosure statement: Andrew J. Whelton received funding from the Paradise Irrigation District and Paradise Rotary Foundation. He also participated in the California Governor’s Operations of Emergency Services Camp Fire Water Task Force from January, 2019 to May, 2019. Amisha Shah received funding from the Paradise Irrigation District. Kristofer P. Isaacson does not work for, consult, own shares in or receive funding from any company or organization that would benefit from this article, and has disclosed no relevant affiliations beyond their academic appointment.