5 Ways a Paleo Diet Can Help You Lose Weight 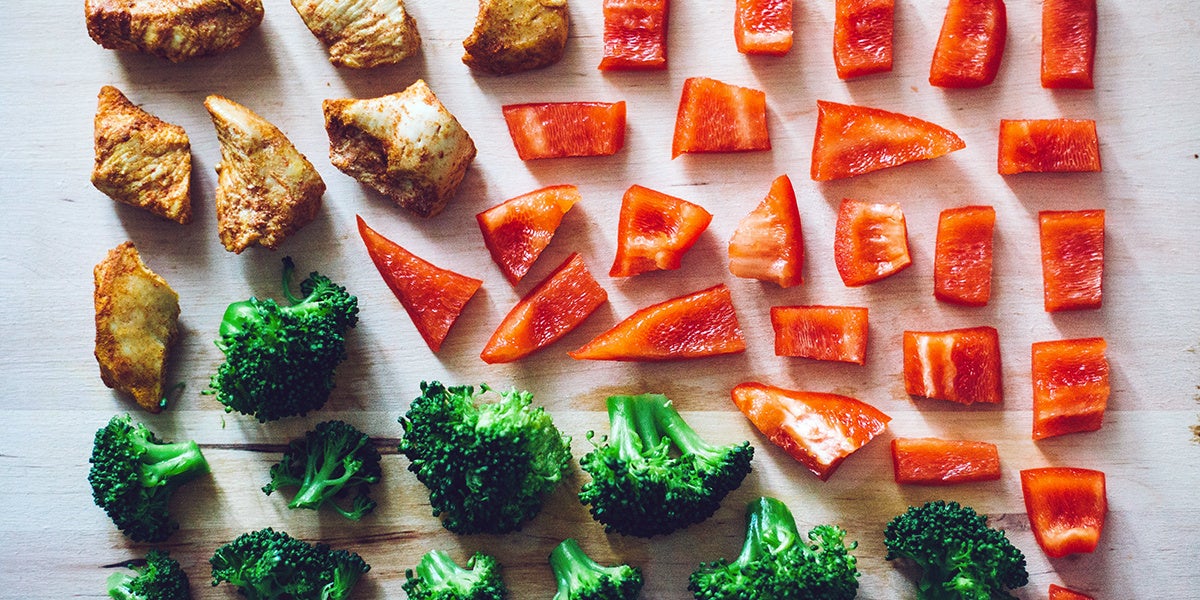 The paleo diet is one of the most popular diets around.

It consists of whole, unprocessed foods and emulates how hunter-gatherers ate.

Advocates of the diet believe it can reduce the risk of modern health issues, pointing out that hunter-gathers did not face the same diseases that people today do, such as obesity, diabetes and heart disease.

In fact, many studies show that following a paleo diet can lead to significant weight loss and major health improvements (1, 2, 3).

What Is the Paleo Diet?

It avoids processed foods, sugar, dairy and grains, although some alternative versions of the paleo diet do allow options like dairy and rice.

Unlike most diets, a paleo diet does not involve counting calories. Instead, it restricts the above food groups, all of which are major sources of calories in the modern diet.

Research shows that diets that emphasize whole foods are better for weight loss and overall health. They are more filling, have fewer calories and reduce the intake of processed foods, which are linked to many diseases (4, 5, 6).

Summary: The paleo diet imitates a hunter-gatherer diet and aims to reduce the risk of modern diseases. It promotes eating whole, unprocessed foods and restricts foods like grains, sugar, dairy and processed foods.

In one study, 14 healthy medical students were told to follow a paleo diet for three weeks.

Interestingly, some studies comparing the paleo diet and traditional low-fat diets have found that the paleo diet is more effective for weight loss, even with similar calorie intakes.

By the two-year mark, both groups had regained some weight, but the paleo group had still lost 1.6 times more weight overall (21).

Another study observed 13 individuals with type 2 diabetes who followed a paleo diet and then a diabetes diet (low-fat and moderate-to-higher carb) over two consecutive three-month periods.

Unfortunately, most research on the paleo diet is fairly new. Thus, there are very few published studies on its long-term effects.

Summary: Many studies find that the paleo diet can help you lose weight and is more effective for weight loss than traditional, low-fat diets.

It Improves Several Other Aspects of Health

In addition to its effects on weight loss, the paleo diet has been linked to many other health benefits.

Belly fat is extremely unhealthy and increases the risk of diabetes, heart disease and many other health conditions (24).

Studies have shown that the paleo diet is effective at reducing belly fat.

In one study, 10 healthy women followed a paleo diet for five weeks. On average, they experienced a 3-inch (8-cm) reduction in waist circumference, which is an indicator of belly fat, and around a 10-pound (4.6-kg) weight loss overall (23).

Insulin sensitivity refers to how easily your cells respond to insulin.

Increasing your insulin sensitivity is a good thing, as it makes your body more efficient at removing sugar from your blood.

In a two-week study, 24 obese people with type 2 diabetes followed either a paleo diet or a diet with moderate salt, low-fat dairy, whole grains and legumes.

A paleo diet is quite similar to diets recommended to promote heart health.

That’s why it’s no coincidence that studies have shown that a paleo diet may reduce risk factors linked to heart disease, including:

Inflammation is a natural process that helps the body heal and fight infections.

However, chronic inflammation is harmful and can increase the risk of diseases like heart disease and diabetes (28).

It promotes eating fresh fruits and vegetables, which are great sources of antioxidants. Antioxidants help bind and neutralize free radicals in the body that damage cells during chronic inflammation.

Summary: A paleo diet may provide you with many health benefits, including improved insulin sensitivity and reduced belly fat, heart disease risk factors and inflammation.

Tips to Maximize Weight Loss on a Paleo Diet

If you’d like to try a paleo diet, here are a few tips to help you lose weight:

Summary: A few tips to help you lose weight on a paleo diet include eating more veggies, prepping ahead and staying active.

It’s well known that following a paleo diet can help you lose weight.

If you don’t like counting calories, evidence suggests the paleo diet could be a great option.

However, it’s important to note that the paleo diet may not be for everyone.

For example, those who struggle with food restriction may find it difficult adapting to the choices on the paleo diet.

5 Ways a Paleo Diet Can Help You Lose Weight: