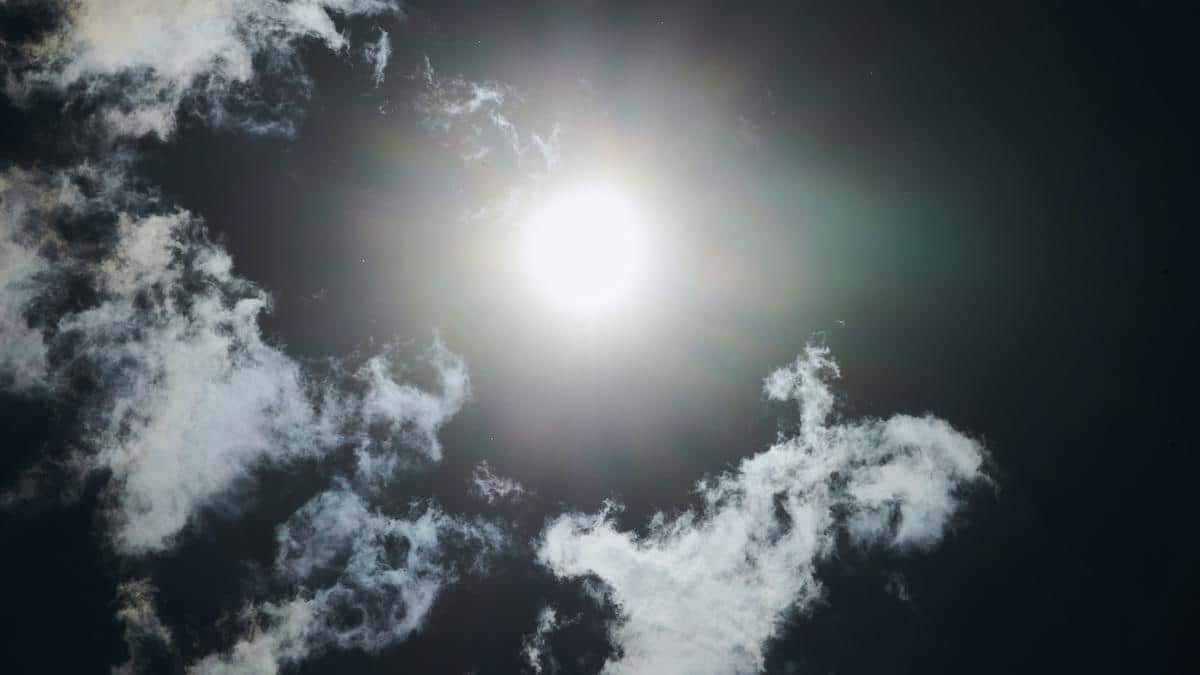 New studies show that the world is back on track to repairing the damage to Earth's ozone layer. Annette Riedl / picture alliance via Getty Images

In recent years, scientists had been alarmed by a sudden unexplained rise in ozone-attacking chemicals in the atmosphere. Higher levels of trichlorofluoromethanes, also known as CFC-11, were showing up in air samples — despite being officially banned worldwide since 2010.

Scientists were worried that this surge was slowing efforts to fix the thin protective layer in Earth’s atmosphere which absorbs most of the sun’s ultraviolet radiation. Unfiltered exposure to the sun’s rays can contribute to DNA damage and increase the long-term risk of skin cancer and other health issues. 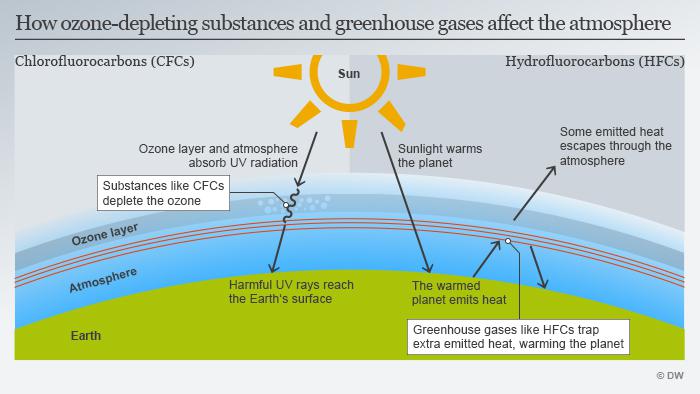 Ozone Recovery Efforts Back on Track

But on Wednesday, two studies published in science journal Nature reported that atmospheric concentrations of CFC-11 had once again dropped significantly. By late 2019, levels were falling by about 1% a year — the fastest on record, according to the report — showing that the world was back on track to repairing the damage to Earth’s ozone layer, by mid-century.

Using data and measurements from air-monitoring stations in South Korea and Japan, scientists were able to determine that the largest source of the global increase in “rogue emissions” attributed to factories in eastern China was no longer active.

Stephen Montzka, an atmospheric chemist at U.S. scientific agency the National Oceanic and Atmospheric Administration (NOAA) in Boulder, Colorado, who led one of the studies, said the setback caused by the illegal emissions was expected to be “negligible.”

Meg Seki, acting executive secretary of Ozone Secretariat at the UN Environment Program (UNEP), credited the reversal to international cooperation and action in line with the Montreal Protocol on Substances that Deplete the Ozone Layer.

The international treaty, agreed in 1987 to ban the production of ozone-depleting chemicals, has been signed by almost every country in the world. CFC-11, once used in refrigerants, as propellants in aerosol cans and in polyurethane foam insulation, has been officially banned since 2010.

“The [Montreal] treaty did its job,” Durwood Zaelke, president of the Institute for Governance & Sustainable Development, an advocacy group based in Washington, told Nature. “Whoever the offending parties were — including most definitely China — they got their act together.”

“China also did its part in strengthening its policies, regulations, monitoring and enforcement,” Seki told DW.

The Ministry of Ecology and Environment in Beijing could not be reached for comment. But in an April 2020 press release, the ministry announced the first results of a two-month crackdown on the illegal production and use of CFC-11. The campaign resulted in an executive with a thermal insulation firm near Shanghai being sentenced to 10 months in prison and fined 50,000 yuan (€6,400/,700). The company was also fined 700,000 yuan and had to forfeit more than 1.4 million yuan in profits since 2017.

“The Chinese government has always attached great importance to international environmental conventions and has been resorting to strict law enforcement as a major guarantee to safeguard the achievement China has made in implementing these conventions,” the ministry said in a statement after the sentencing.

The illegal emissions first came to light in May 2018, when researchers with NASA and the NOAA noticed an unexplained spike in atmospheric concentrations of CFC-11 dating back to 2013. From 2002 and 2012, according to Nature, CFC-11 emissions fell by about 0.85% a year. But from 2013 that figure was cut almost in half, to about 0.4% — the result of about 13,000 metric tons a year of newly produced CFCs in the atmosphere.

Scientists and researchers with the Environmental Investigation Agency (EIA) were able to trace around 60% of the illegal emissions to eastern China. Posing as buyers, EIA investigators found the use of CFC-11 was widespread in China’s plastic foam sector. The banned chemical is cheaper than the alternatives and was found to be widely used to produce more effective insulators for the booming construction industry.

“Our investigations revealed widespread illegal use of CFC-11 in China as a blowing agent for the production of polyurethane (PU) foams,” said Clare Perry, a climate campaign leader with EIA. “The information we provided kickstarted a nationwide inspection and enforcement action by China, which has clearly been successful.”

According to EIA, companies admitted to mislabeling the banned CFC-11 as hydrofluorocarbon (HFC) compounds and other chemicals. China, which joined the Montreal Protocol in 1991 and said it successfully ended the industrial use of CFCs in 2007, questioned the conclusions of the EIA study. Nevertheless, the government said in mid-2019 it would boost monitoring efforts and impose penalties on companies caught illegally producing the chemical.

“The action taken in 2018 by China in response to our investigations appears to have led to an immediate reduction of CFC-11 emissions,” said Perry. “This issue should be a wake-up call to the Montreal Protocol — the failure to detect the illegal CFC-11 production and use prior to its scientific discovery compels a very serious look at the current monitoring, reporting and verification systems.”

Perry told DW the parties to the Montreal Protocol were already talking about how to expand the atmospheric monitoring network, but said more change was necessary. “They need to consider how they can ensure long-term compliance and enforcement, particularly considering the challenges of taking on new controls of HFCs with the Kigali Amendment.”

The Kigali Amendment, which entered into force in 2019, aims to also phase out the use of hydrofluorocarbons (HFCs), which were developed to replace CFCs in the 1990s but act as potent greenhouse gases and contribute to climate change.

“Addressing the existing gaps in monitoring, and filling those gaps strategically with new monitoring stations, would help to improve the detection of regional emissions of ozone depleting substances,” said Seki of UNEP.

At the projected recovery rates, UNEP has said the ozone layer over the Northern Hemisphere and the regions around the equator “will heal completely” by the 2030s, the Southern Hemisphere by the 2050s and the polar regions by the 2060s.