Ozone-Depleting CFC Chemicals Will Reemerge From Ocean by 2075, Study Finds 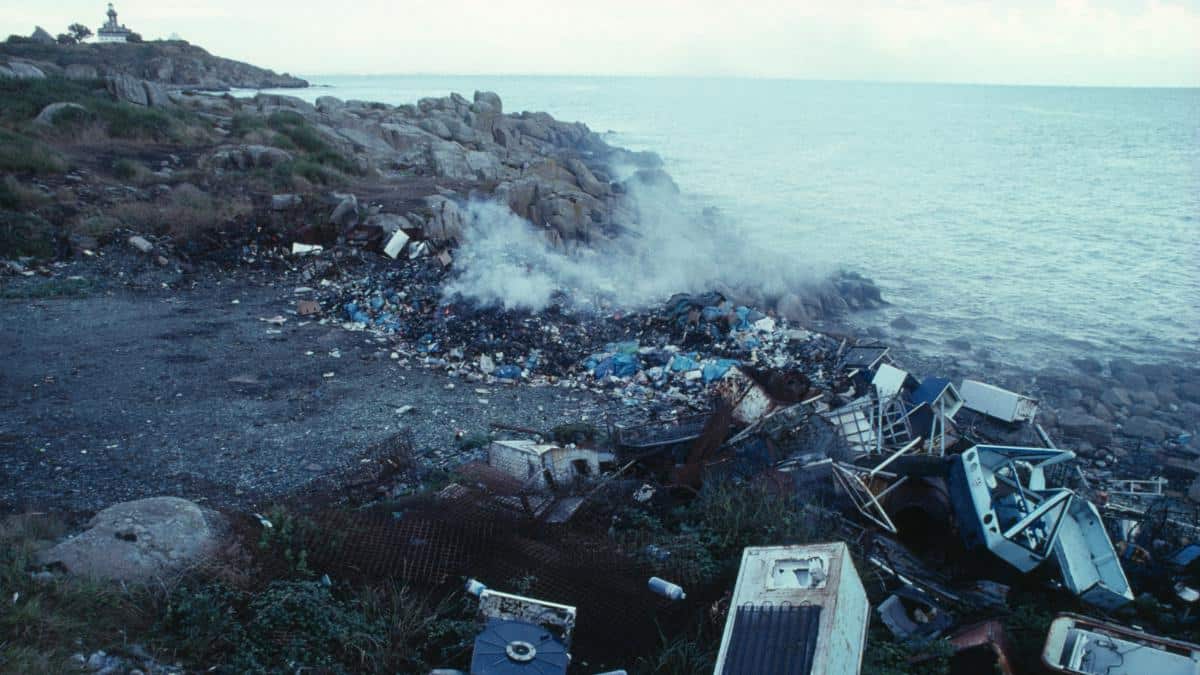 The Montreal Protocol banning ozone-depleting chlorofluorocarbons (CFCs) in 1987 has been hailed as an example of successful international collaboration to stop an environmental threat. But, like a creature from a horror movie, those banned chemicals could rise from the depths to stalk our atmosphere once again.

That’s the finding of a new study, which concluded that the ocean would shift from absorbing to releasing at least one type of CFC, known as CFC-11, by the end of this century. By the mid-2100s, the ocean could emit enough to be detectable.

“By the time you get to the first half of the 22nd century, you’ll have enough of a flux coming out of the ocean that it might look like someone is cheating on the Montreal Protocol, but instead, it could just be what’s coming out of the ocean,” Susan Solomon, study co-author and Lee and Geraldine Martin Professor of Environmental Studies in MIT’s Department of Earth, Atmospheric and Planetary Sciences, said in an MIT press release. “It’s an interesting prediction and hopefully will help future researchers avoid getting confused about what’s going on.”

The research, led by MIT, is newly published in the Proceedings of the National Academy of Sciences. To draw their conclusions, researchers used models to simulate the ocean’s current and future uptake and release of CFC-11. They found that by 2075, the ocean would emit more of the chemical than it absorbed. By 2145, it would release enough to be detectable by existing technologies.

The models found that this process could be sped up by the climate crisis. If the planet warms by five degrees Celsius by 2100, the ocean will become a net emitter of CFC-11 by 2065 and release detectable levels by 2140.

“Generally, a colder ocean will absorb more CFCs,” Peidong Wang, a study lead co-author from MIT, explained in the press release. “When climate change warms the ocean, it becomes a weaker reservoir and will also outgas a little faster.”

However, the ocean’s eventual release of CFC-11 is not dependent on the climate crisis. Instead, it is based on another mechanism, as LiveScience explained:

[T]he ocean and atmosphere tend to stay in balance. When the atmosphere has a lot of a water-soluble molecule, like a CFC, the oceans suck some of it up. And when the oceans have a lot of that same molecule but the atmosphere doesn’t, they tend to release it back into the air. As the world has stopped producing CFCs, atmospheric CFC levels have dropped, and the oceans are absorbing less and less from the air. Eventually, the balance will tip, and the oceans will become net-emitters of CFCs.

CFCs were commonly used in refrigerants, aerosols and household and industrial goods during the second half of the 20th century. They were thought to be non-toxic, non-flammable alternatives to substances such as ammonia and butane. However, they too broke down once released into the atmosphere, bonding with ozone and weakening the ozone layer that protects the planet from harmful ultraviolet radiation. This discovery led to CFCs being banned under the Montreal Protocol of 1987.

However, during their heyday, oceans absorbed about five to ten percent of all CFC-11 emissions, the study authors wrote. When CFCs eventually release back into the atmosphere, their lifetime will be extended by five years. The researchers found that the ocean would continue to release CFC-11 until the end of their study period.

“By the end of the run in 2300, the effect of the ocean on atmospheric CFC-11 remains significant,” they wrote.

The scientists behind the study said that more work could be done to understand the interchange between the ocean, CFC-11 and the atmosphere.

“Some of the next steps would be to do this with higher-resolution models and focus on patterns of change,” Jeffery Scott, another MIT study co-author, said in the press release. “For now, we’ve opened up some great new questions and given an idea of what one might see.”