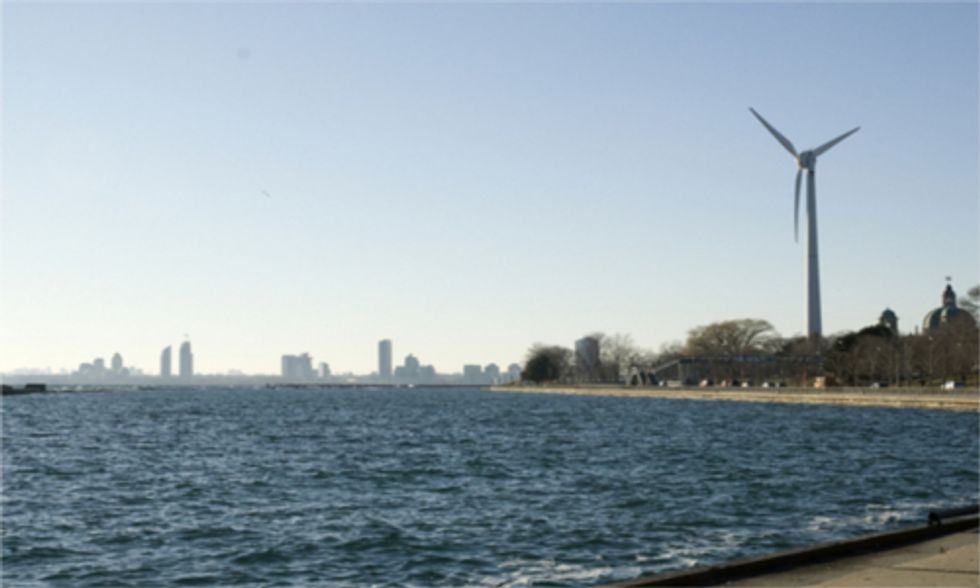 As coal-fired plants have vanished from its landscape, renewable energy has taken off in a big way in Ontario, Canada's most populous province.

CleanTechnica reports that, with 2,312 megawatts (MW) of wind power, 4,091 MW of hydro and 159 MW from other sources, renewables hit 35 percent of all the energy going into the grid one day this week. That amount will vary, of course, depending on how windy it is on a given day.

CleanTechnica also pointed to a number of projects in development, with wind leading the the way which, when completed, would produce a total of almost 5,000 MW of new renewable energy. Together with existing sources, they could meet almost half the province's demand.

The surge was undoubtedly pushed by Ontario's aggressive drive to eliminate coal-fired power plants. Its Nanticoke Generating Station, the largest in North America and Canada's largest source of greenhouse emissions, closed last year. The Thunder Bay Power Station, its last coal-burning plant, closed in April, making the province entirely coal-free. It was ahead of its target by nearly eight months. And it was ahead of a goal of 2015 announced in 2002 by over a year.

"Ontario is now the first jurisdiction in North America to fully eliminate coal as a source of electricity generation," a press release from its Ministry of Energy said when Thunder Bay closed.

Since 2003, according to the ministry, its coal closure plan has eliminated 30 megatonnes of emissions from Ontario's environment.

“Getting off coal is the single largest climate change initiative undertaken in North America and is equivalent to taking up to seven million cars off the road," said Ontario Minister of Energy Bob Chiarelli in announcing the closure.

"Today we celebrate a cleaner future for our children and grandchildren while embracing the environmental benefits that our cleaner energy sources will bring."

Nuclear energy remains the biggest source of power generation in the province.