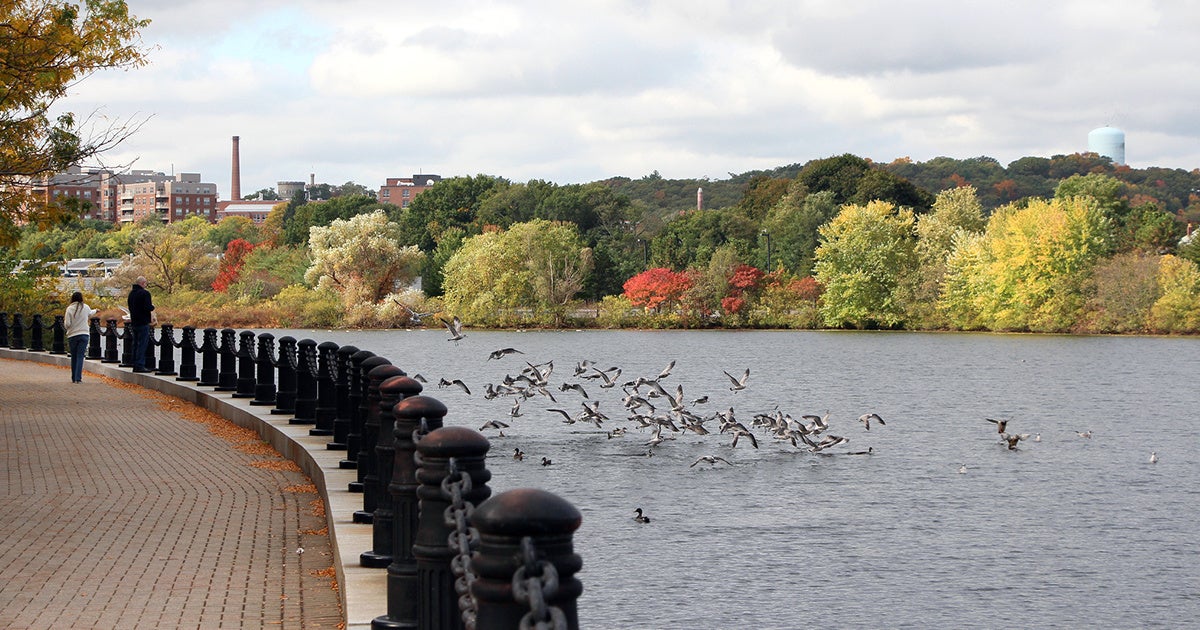 The spill was detected in Waltham, a town about 12 miles west of Boston. Authorities were alerted by a report of the smell of fuel coming from a patch of river behind Shaw’s Supermarket, state police said.

“The truck got down here with the deputy and they had a strong odor of oil and a definite sheen in the water,” Waltham Fire Chief Tom MacInnis told Boston25News.

Containment booms were placed on the river to stop any oil from spreading downstream. The Massachusetts Department of Environmental Protection (DEP) also arrived on the scene, and the private cleanup organization National Response Corp. was called in to assist Wednesday into Thursday, The Boston Globe reported.

“We don’t know how much has spilled,” DEP spokesman Ed Coletta told The Boston Globe. “Oil like this, it basically collects at the surface of the water.”

In total, cleanup crews vacuumed up around 300 gallons of mixed oil and water, NBC10 Boston reported.

The spill was contained by 8 p.m. Wednesday night, but DEP and the Waltham police and fire departments continued to investigate the source of the spill, Boston25News reported.

Crews have contained an oil spill in the Charles River in #Waltham but officials are still trying to figure out the source #WBZ pic.twitter.com/orQhacGucz

“How does an oil spill happen here?” local resident Maureen Green asked Boston25News. Green said she was especially worried about the wildlife. “There are so many ducks and geese in this area. I take all the kids that I watch down here and we feed the ducks,” she said.

“The oil was contained and there was a hazardous waste barrel on site,” Kumpf said, as CRWA reported on Twitter. “I also spoke with Ed Coletta at MA @MassDEP, who said that they traced the source to an outfall pipe and are looking at manholes nearby to further investigate the source.”

“…I also spoke with Ed Coletta at MA @MassDEP, who said that they traced the source to an outfall pipe and are looking at manholes nearby to further investigate the source.”

Investigators found a large amount of oil around 0.2 miles upstream, inside a storm drain system and covering several manholes, Coletta further told The Boston Globe. He said they had taken samples from the oil gathered near the manholes to see if they match what is in the river.