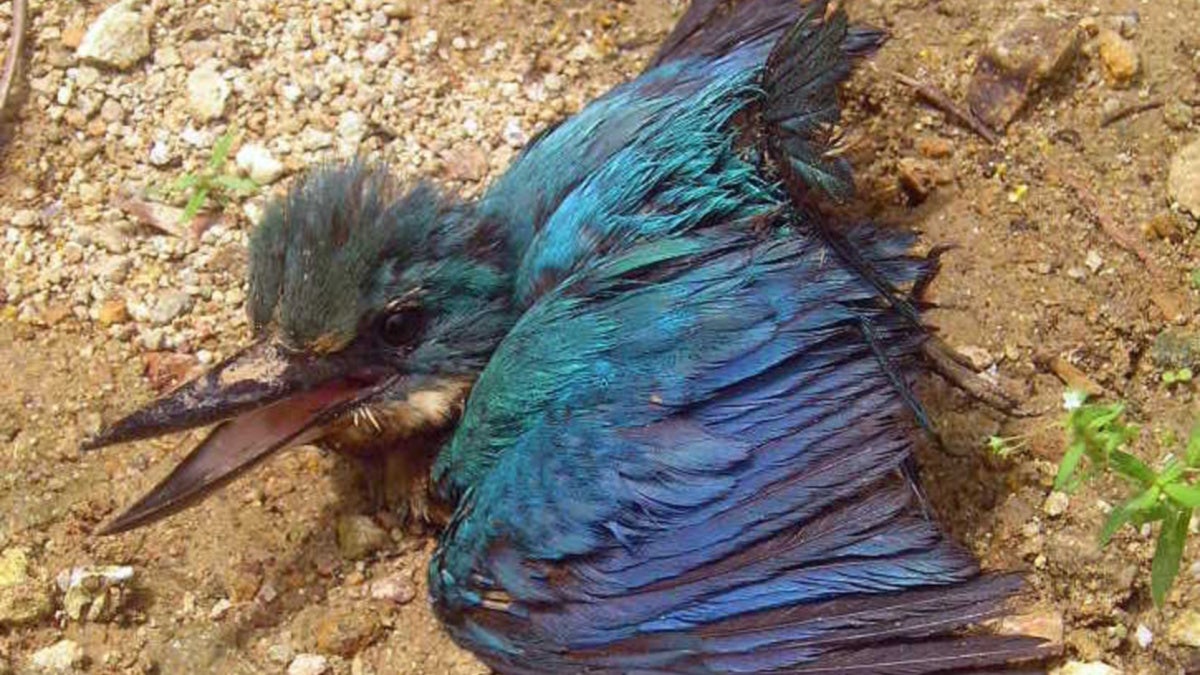 The 2006 oil spill was the largest incident in Philippine history and damaged 1,600 acres of mangrove forests. Shubert Ciencia / Flickr / CC BY 2.0

An oil spill on July 3 threatens a mangrove forest on the Philippine island of Guimaras, an area only just recovering from the country’s largest spill in 2006.

This latest spill stems from an explosion onboard a floating power barge in the 13-kilometer (8-mile) waterway between the city of Iloilo and Guimaras Island. Operator AC Energy Inc. said the incident spilled 48,000 liters (12,700 gallons) of fuel oil into the Iloilo River and its tributaries before being contained eight hours later. But the Philippine Coast Guard said around 251,000 liters (66,300 gallons) of oil had spread around the waterway. The day after, July 4, the Coast Guard estimated it had collected 130,000 liters (34,300 gallons) of oil.

Some of the oil was swept out of the containment area by strong waves and carried across to communities in Guimaras.

“The root cause has yet to be determined,” AC Energy said in a statement. “But initial findings reveal that the discharge is due to the ignition of fuel oil in storage which ruptured the barge’s fuel tank.”

AC Energy said it took responsibility for the explosion and that the cleanup could take around two weeks.

Reports from the Iloilo City Disaster Risk Reduction Management Office (ICDRRMO) state that the oil spill has affected 321 families along the coast. The provincial office has ordered an immediate evacuation.

The spill comes as a blow to residents of Guimaras, who, nearly 14 years ago, suffered a similar disaster on a bigger scale. On Aug. 11, 2006, the oil tanker M/T Solar, owned by Sunshine Maritime Development Corp. and chartered by Petron, the Philippines’ largest oil company, sank off the southern coast of the island, leaking 500,000 liters (132,000 gallons) of bunker fuel.

The incident was the largest oil spill incident in Philippine history and also considered the worst environmental disaster to hit the country this century. It damaged 648 hectares (1,600 acres) of mangrove forests and seagrass areas, according to the country’s environment department. The mangroves only began to show signs of recovery last year, but are now threatened by this latest incident.

To keep the oil from spreading to the mangroves and to protect its 23 coastal villages, Guimaras Governor Samuel T. Gumarin called an emergency meeting. He later ordered spill booms deployed and clearing operations carried out. “We are also still studying the health and environmental impact of the incident,” he told Mongabay.

The spill has disrupted the area’s fishing sector, with fishers no longer going out to sea and aquaculture culture farms contaminated. Residents have reported milkfish and lobsters swimming in the oil slick and have reached out to their municipal offices for support.

Greenpeace Philippines says the oil spill piles environmental and economic pressure on communities already hard hit by the pandemic lockdown. “This oil spill is a big threat to marine life and to the health and livelihoods of communities in Iloilo and Guimaras,” campaigner Khevin Yu said in a statement. “Fisherfolk and coastal communities are already struggling to adjust to the logistic and economic impacts of the pandemic that have caused big losses in their sources of income and food security.”