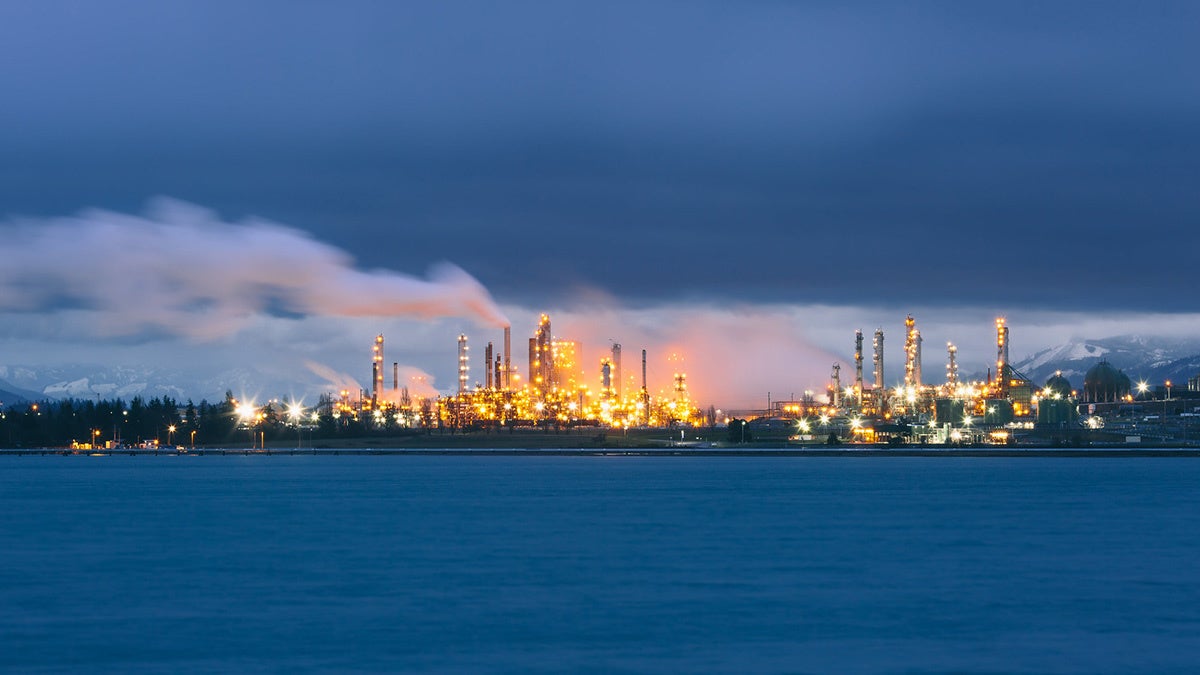 The Washington Department of Ecology responded to an oil spill that took place Friday night when a Crowley Maritime Barge was transferring five million gallons of oil to the Shell Puget Sound Refinery, CNN reported.

Around 20 gallons spilled, of which five entered the water, and that oil was contained within an area that was boomed before the transfer began. The cleanup was completed by 8:30 a.m. Sunday, the department said.

“There were no impacts to the shoreline or wildlife,” department spokeswoman Cheryl Ann Bishop told CNN in an email.

The spill occurred at around 11:45 p.m. in Anacortes, Washington, according to the department. The barge was transferring an Alaska North Slope crude-oil blend at the end of a pier that extends into Fidalgo Bay when crew members saw oil spilling from the barge, The Seattle Times reported.

An oil sheen was visible on the water inside the containment boom, which covered an area of 225 by 30 feet, roughly the size of a tennis court.

The amount of oil is still unknown but there is a crude oil sheen on the water inside the containment boom covering an area of about 225 x 30 ft. We haven’t observed oil outside of the containment boom, and a second layer of protection is being added for more security. pic.twitter.com/jbtuUcbXPY

Washington state law requires that containment booms be put in place before transferring oil over water as a preventative measure, and Bishop told CNN that the law was one reason the spill was so successfully contained and cleaned.

“In this case, it was pre-boomed, as it’s supposed to be,” Ty Keltner, the Department of Ecology’s communications manager for spill response, told The Seattle Times.

The crew identified the cause of the spill as a pressure relief valve that was then secured, stopping the spill.

“No oil in the water is acceptable for any of us who do this kind of work,” Suzanne Lagoni, deputy public information officer for Shell Puget Sound Refinery, told KOMO News. “It’s not acceptable to the people of Washington or to the people of Anacortes.”

Shell said that there were no injuries as a result of the spill, and that it did not impact air quality, The Seattle Times reported.

The Shell refinery where the spill took place was opened in 1958 and was originally owned by Texaco. It currently processes around 5.7 million gallons of crude oil from Alaska and Central and Western Canada daily.

The risk of more oil spills is one reason why environmental advocates and indigenous groups oppose the Trans Mountain Pipeline expansion, which would lead to a seven-fold increase in the number of oil tankers moving through the Salish Sea between Washington State and British Columbia, according to Earthjustice.

“The Tulalip Tribes are extremely disappointed with Prime Minister Trudeau’s approval of the Trans Mountain Pipeline,” Tulalip Tribes Chairwoman Teri Gobin told Earthjustice after the approval was announced in June. “We face the very real threat of an oil spill that puts the Salish Sea at risk. We will continue to oppose this and other projects that threaten our ancestral waters in the Salish Sea.”