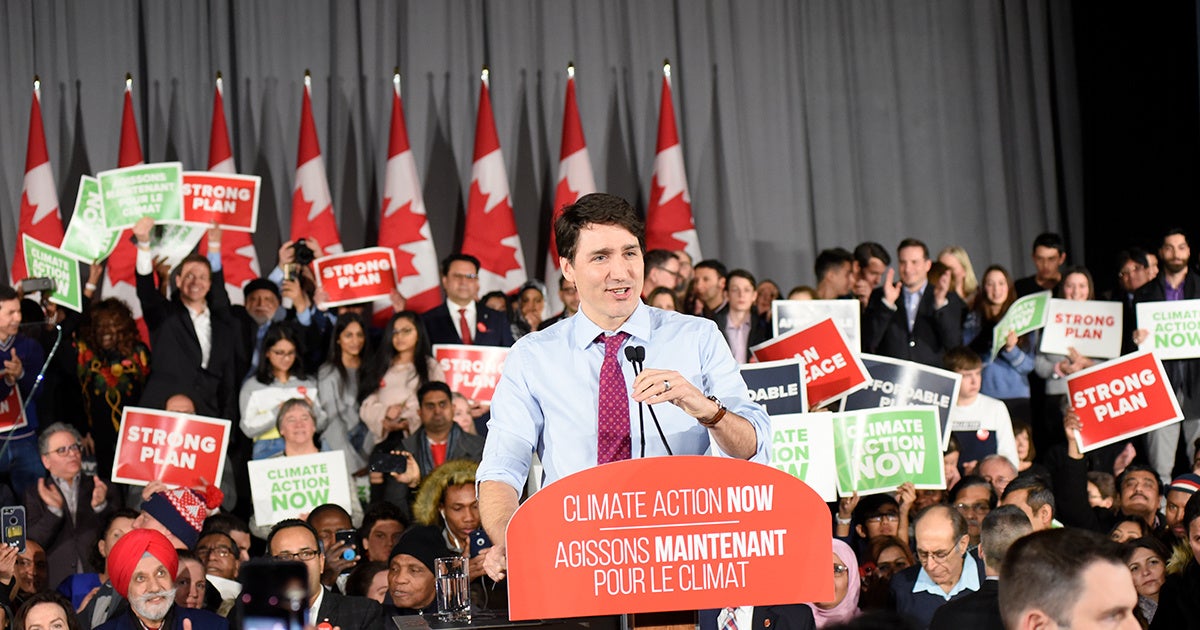 Canadian Prime Minister Justin Trudeau announced Tuesday that his government would once again approve the expansion of the Trans Mountain pipeline, which would triple the amount of oil transported from Alberta’s tar sands to the coast of British Columbia (BC).

The decision comes a day after Canada’s House of Commons passed a non-binding resolution declaring a climate emergency, as CBC News reported. The timing prompted environmental activists to charge the Trudeau government with hypocrisy, since the House motion was proposed by the government.

“This is like declaring war on cancer and then announcing a campaign to promote smoking,” Rainforest Action Network energy program director Patrick McCully told CBC News.

“What stunning hypocrisy for Prime Minister Trudeau to approve a massive tar sands oil pipeline the day after his government declared a climate emergency and reaffirmed its commitment to the Paris Agreement." #tmx #cdnpoli pic.twitter.com/4qsIxwiPwN

Trudeau’s cabinet followed the ruling of the National Energy Board that the pipeline could harm the environment and marine life, but could create thousands of jobs and earn the federal government tens of billions of dollars. Trudeau pledged to invest all of that revenue in developing renewable energy.

“We need to create wealth today so we can invest in the future. We need resources to invest in Canadians so they can take advantage of the opportunities generated by a rapidly changing economy, here at home and around the world,” Trudeau said.

It’s in Canada’s national interest to protect our environment and invest in tomorrow, while making sure people can feed their families today. By moving forward with the TMX, and investing the profits in our clean energy future, we’re doing exactly that. https://t.co/2Fxif7XFPO

However, pipeline opponents argued that the climate crisis was too urgent for the government to be investing in more fossil fuel infrastructure. The Intergovernmental Panel on Climate Change (IPCC) concluded in October of last year that greenhouse gas emissions must fall to 45 percent of 2010 levels by 2030 in order to limit global temperatures to 1.5 degrees Celsius above pre-industrial levels.

“The federal government has signed off on as much as an additional 15 million tonnes (approximately 16.5 million U.S. tons) of carbon. This is irresponsible at a time when Canada is drifting further away from meeting our Paris climate commitment, and inconsistent with the climate emergency that was declared only yesterday,” Environmental Defence Executive Director Tim Gray told CBC News.

A senior government official told Reuters anonymously that the government expected legal challenges to the decision.

The government’s 2016 approval of the project was blocked by a court decision in August 2018 ruling that it had failed to take into account the environmental costs of increased tanker traffic and had not adequately consulted with indigenous groups concerned about the project.

Trudeau’s government, which bought the pipeline from Kinder Morgan in May of 2018, sent 60 consultants to meet again with indigenous communities along the pipeline’s route, CBC News reported. Trudeau promised additional “accommodation measures” such as embracing an initiative to reduce the impact of tanker traffic on the endangered southern resident killer whales that live in the waters off BC.

However, the Squamish Nation told The Squamish Chief that the government’s consultation had been “shallow.”

Chief Leah George-Wilson of the Vancouver-area Tsleil-Waututh First Nation told CBC News that her community had decided to appeal the approval, and a group of BC indigenous activists called the Tiny House Warriors promised to continue fighting the project.

“The Trudeau government does not have the right to put a pipeline through unceded Secwepemc land,” spokeswoman Kanahus Manuel said in a statement reported by Reuters.

Response to @JustinTrudeau re: #Transmountain pic.twitter.com/n4aI6w9C7I

However, other indigenous groups are interested in investing in the project.

Trudeau said construction would restart this year. If that proves to be the case, the pipeline would be operational by 2022, investment bank Tudor Pickering Holt & Co told Reuters. The expansion would enable the pipeline to move 890,000 barrels of oil per day.