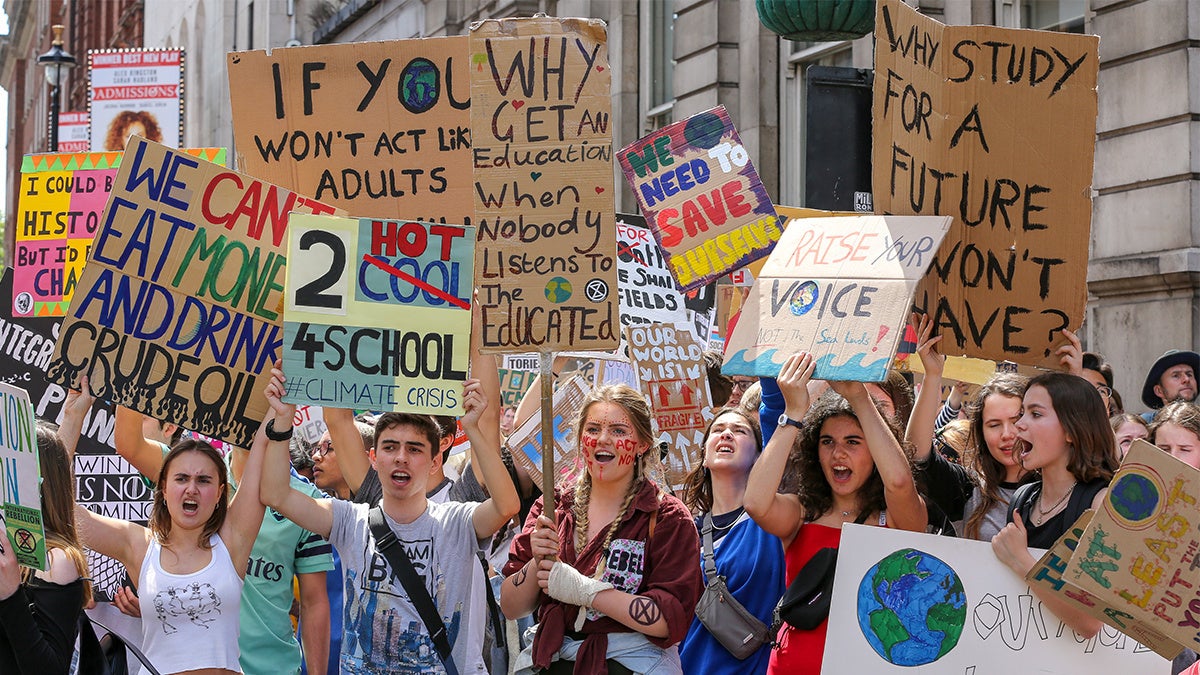 Students will need consent from their parents to attend, and younger students will only be able to leave the school with a parent, the New York City Department of Education (DOE) said when it announced its decision Thursday.

“We applaud our students when they raise their voices in a safe and respectful manner on issues that matter to them. Young people around the world are joining the #ClimateStrike this week — showing that student action will lead us forward,” the DOE tweeted.

The strike is being organized to push for action on the climate crisis ahead of the UN Climate Action Summit, which begins Sept. 23 in New York. In the U.S., there are at least 800 demonstrations planned in 50 states, and organizers hope it will be the nation’s largest climate protest to date. The New York City DOE’s decision could further this goal.

Olivia Wohlgemuth, a senior at Manhattan’s Fiorello H. LaGuardia High School of Music & Art and Performing Arts, told The New York Times that the announcement convinced students who had been unsure if they would attend the strike.

“This completely changes things, and it’s our doing,” 17-year-old Beacon High School senior Xiye Bastida told The New York Times. She said she and other activists had persuaded 15 City Council members to request the excused absences from the DOE.

It is too soon to tell if other districts will follow New York City’s lead. A Los Angeles Unified School District spokeswoman told The New York Times that the district was still “finalizing” its plans. The Cambridge, Massachusetts City Counsel is discussing whether or not to excuse students Tuesday.

In New York City, however, students have the support of the mayor himself.

“Today’s leaders are making decisions for our environment that our kids will have to live with,” Mayor Bill de Blasio tweeted Thursday, as MSN reported. “New York City stands with our young people. They’re our conscience. We support the 9/20 #ClimateStrike.”

For some, that support was controversial.

“All this is out-and-out government sponsorship of a particular point of view — not just that human activity contributes significantly to climate changes, but that this is an extinction-level threat that justifies specific radical action,” The New York Post Editorial Board wrote. (The “view” that human activity contributes to climate change is shared by around 99 percent of scientists, and the Intergovernmental Panel on Climate Change concluded in 2018 that limiting warming to 1.5 degrees Celsius would require social and technological change for which “there is no documented historic precedent.”)

Others expressed doubt that the school district should support striking over classroom instruction. A Queens teacher told The New York Post he supported the rally itself, but thought giving students a whole day off from school went too far.

“Maybe they would be better served learning about the subject in class,” he said. “Maybe I’m behind the times.”

The U.S. Youth Climate Strike is organized by eight youth-led climate groups, and they have put forward the following demands for Friday’s event: