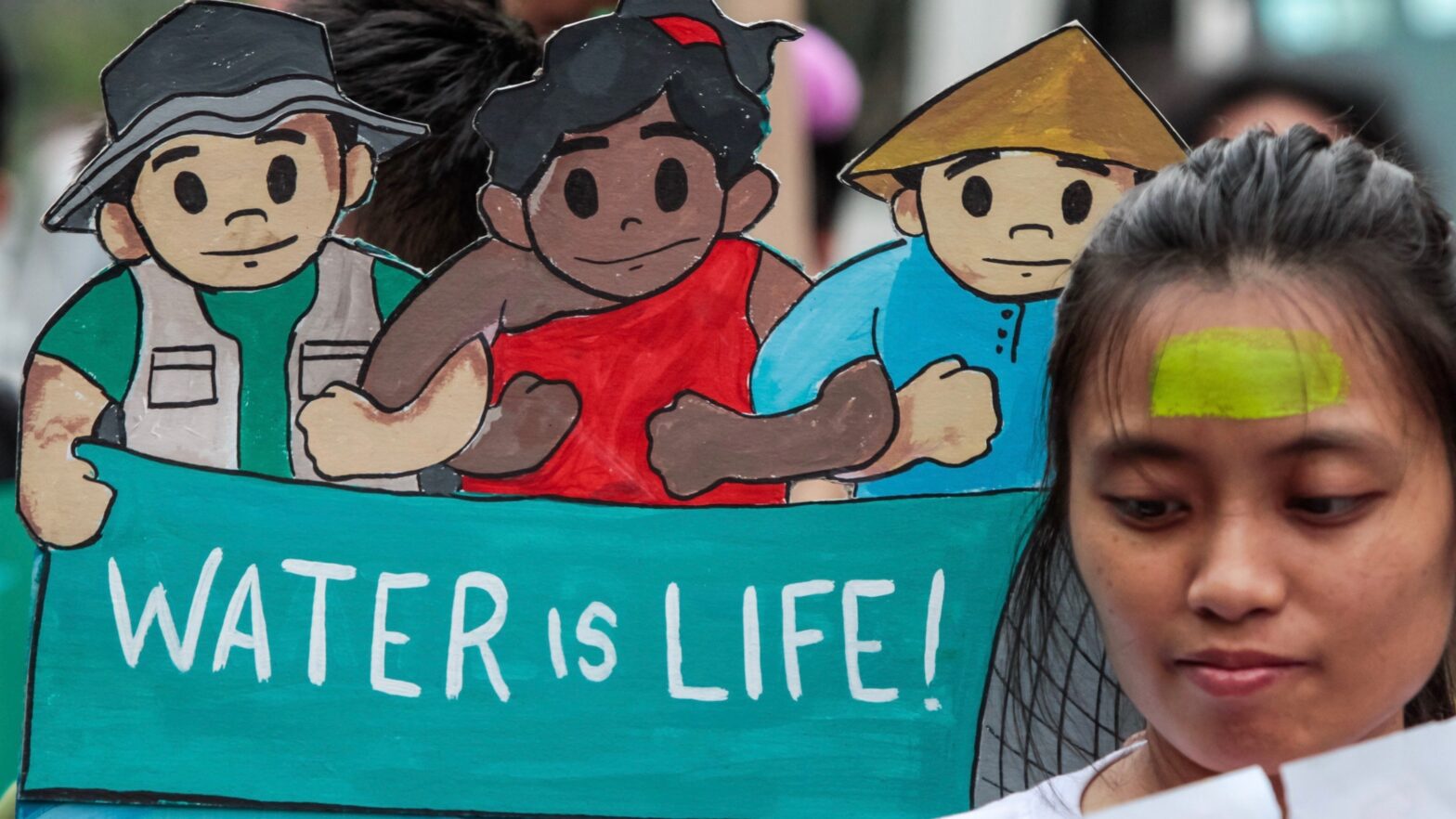 This photo was taken during the climate strike in the Philippines on May 24. Global Collections / 350.org

Environmental activists around the world are strategizing and planning demonstrations to coincide with next month’s United Nations Climate Action Summit, which starts on September 23. The organizers aim to force politicians and lawmakers to confront the urgency of the global climate crisis, which is accelerating at an alarming rate.

The UN Climate Summit will be bookended by global climate strikes from students around the world and organized by Greta Thunberg’s Fridays For Future. The student walkouts and demonstrations from young people will happen in every time zone around the world. In Australia, the New South Wales Uniting Church encouraged students to protest the Australian government’s inaction on the climate crisis, as the Guardian reported.

“We need to listen and learn from young people,” the church said in a statement. “It’s their future that is at stake and their protests are genuine and informed and should not be ignored.”

For a country with a population under 40 million people, Australia is one of the world’s largest emitters of greenhouse gas emissions, as EcoWatch reported.

Reverend Simon Hansford of the Uniting Church in New South Wales offered the Guardian a response for anyone who dismisses young people as uninformed and overly idealistic.

“The history of adult responses to young people’s activism is to class them as uninformed, but these young people are informed and responding to the climate crisis,” he said.

The Global Climate Strike website has an interactive map where students from Fiji to Uganda to Maui can go to find a climate strike near them. Similarly, 350.org has resources for joining protests or helping to reduce fossil fuel dependence. It also has a page dedicated to how to help the global climate strike.

The Fridays for Future movement is important to students like Olivia Wohlgemuth, a 16-year-old in New York City who told the New York Times, “There’s nothing in the curriculum to explain the urgency of the climate crisis and the need to act. We’re saying, ‘Why study for the future we’re not going to have?'”

As Common Dreams reported, on Monday 350.org co-founder Bill McKibben penned a letter to supporters that the choice to join in the September 20 global climate strike should be a simple one.

“If a kid says help, you help,” wrote McKibben.

McKibben has also tweeted that the Week of Action planned for September is a change to put pressure on politicians.

“July was the hottest month the planet has ever seen. In September we have to turn up the political heat,” he wrote on Twitter one month before the Global Climate Strike.

During the Week of Action that starts after September 20, hundreds of thousands of people are expected to sit-in at pipeline projects, plant trees, or attend rallies and march in cities around the world to make a number of demands —including an end to fossil fuels, a shift to renewable energy, and greater commitments from UN countries to cut their carbon emissions, as Common Dreams reported.

In Washington DC, protestors plan to block traffic at key intersections on Sept. 23 when the UN Climate Action Summit starts, according to the Guardian. They want to shutdown business as usual to draw attention to an intensifying global climate crisis.

“The level of frustration with the inaction of political leaders and corporations on the climate crisis is just really boiling over,” said Patrick Young from the group Rising Tide.

A number of environmental and equality groups have joined together to highlight worsening superstorms, floods, droughts and wildfires, according to the Guardian. They also want to draw attention to how these disasters disproportionately affect the poor and people of color.

Finally here. Thank you everyone who came to see me off in Plymouth, and everyone who welcomed me in New York! Now I’m going to rest for a few days, and on Friday I’m going to participate in the strike outside the UN. pic.twitter.com/yZ9yJHh1lZ

Similar actions have been taken recently. Most notably, last month, protestors from Extinction Rebellion glued themselves into congressional doorways to prevent lawmakers from going about their business, as the Guardian reported.

Some are not waiting until September. Tomorrow, Greta Thunberg will join a Fridays For Future protest outside the United Nations Headquarters, she announced in a tweet.

Also, the Extinction Rebellion will start a four-day protest this weekend in Manchester, a city with alarmingly high levels of air pollution that has plans to expand its airport and dismantle cycling lanes to open a massive parking lot near an elementary school, as the Guardian reported.