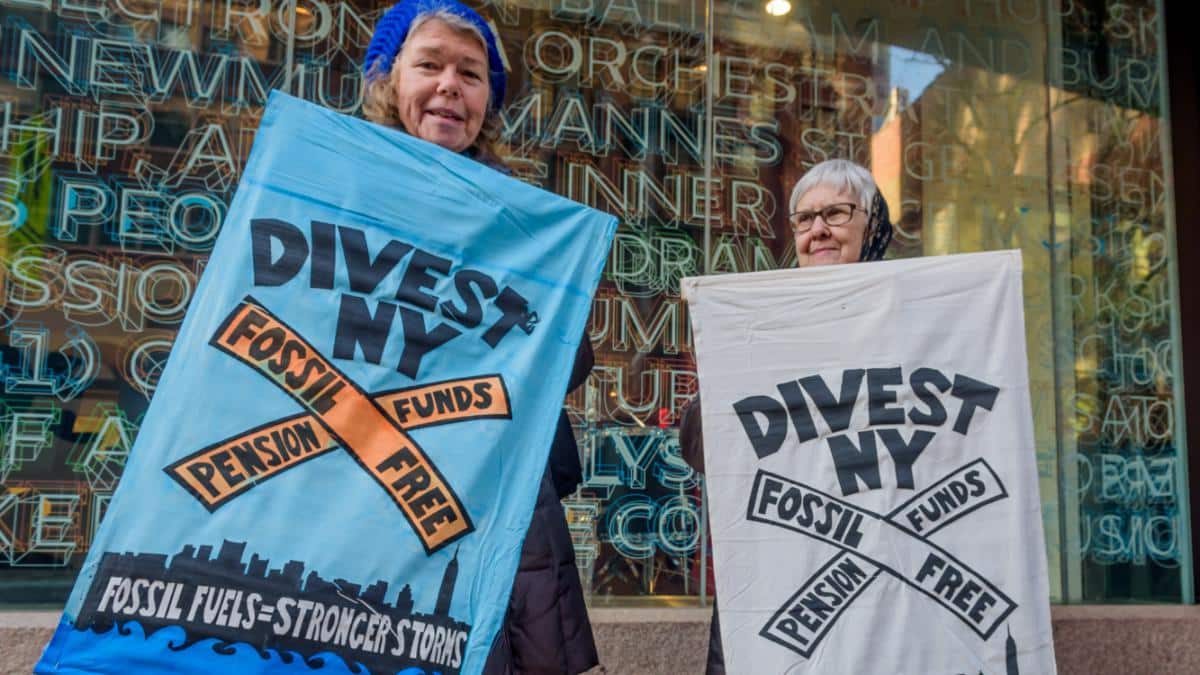 New York state’s pension fund will sell all its fossil fuel stocks in the next five years and all shares from companies that contribute to climate change by 2040, the state comptroller Thomas DiNapoli announced Wednesday.

It is the most aggressive divestment target set by any U.S. pension fund by a decade. New York will also push companies in which it invests to take action to reduce their global warming pollution.

New York is one of the world’s largest investors, with 6 billion in assets, and its move could accelerate global markets’ shift away from oil and gas companies.

DiNapoli had resisted calls to divest from fossil fuels out of caution for the investment returns relied upon by the more than 1 million state and municipal workers who rely on the pension fund.

The decision to expunge the pension fund of fossil fuel stocks and other companies that contribute to climate change, he said, was driven by the need to protect the fund’s long-term value.

“Divestment is a last resort, but it is an investment tool we can apply to companies that consistently put our investment’s long-term value at risk,” DiNapoli said in a statement.