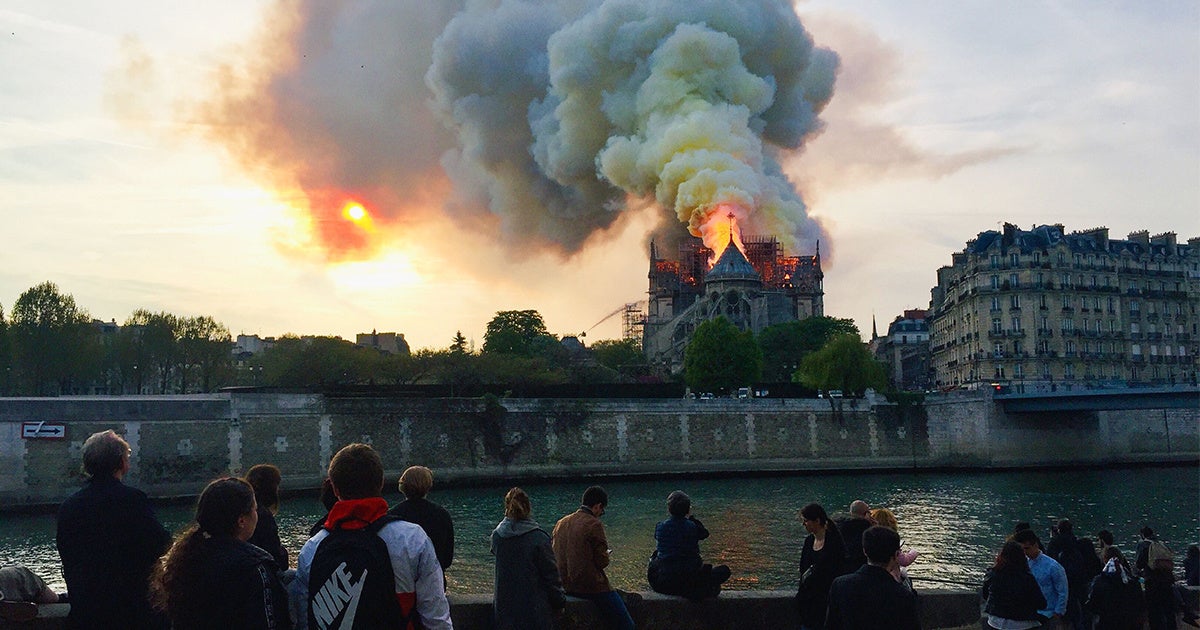 A fire broke out in Paris’ iconic Notre Dame cathedral Monday evening. It burned for almost five hours, destroying two-thirds of the roof and causing its spire to collapse.

The church, which has stood in Paris since the 1200s, has come to embody “the permanence of a nation,” Henri Astier wrote for BBC News. It was last seriously damaged during the French Revolution and survived both World Wars.

Around 500 firefighters worked to control the blaze. In the end, the church’s structure, including its two towers, was “saved and preserved as a whole,” Fire Chief Jean-Claude Gallet said. No one was killed, though one firefighter was seriously injured. The fire also had a profound emotional impact on those who watched it burn.

“It is like losing a member of one’s own family,” 45-year-old marketing director Pierre Guillaume Bonnet told The New York Times. “For me there are so many memories tied up in it.”

As expressions of grief and solidarity poured out from around the world, environmental leaders were among those who responded to the tragedy.

Primatologist and conservationist Dr. Jane Goodall wrote on her website about how much the cathedral had meant to her. She shared an excerpt from her book Reason for Hope in which she described how visiting the church had helped her through a difficult time in her life.

“[T]he experience I had there, when I visited in 1977, marked an epiphany in my thinking about my place on Planet Earth and the meaning of my life,” Goodall wrote.

In the excerpt, Goodall describes hearing Bach’s Toccata and Fugue in D Minor play on the cathedral organ while the Rose window glowed with morning light. She said she could not believe that the moment was the work of chance alone, and so came to believe in God.

“My thoughts and prayers are with the firefighters tackling the frightful flames, and all those in France for whom Notre Dame is a integral part of the French nation and especially for all who worship there,” Goodall wrote Monday. The fire comes as Catholics celebrate Holy Week, which leads up to Easter next Sunday.

Other activists drew a connection between the loss of Notre Dame and the loss of the natural world due to climate change and other human actions.

350.org founder Bill McKibben tweeted that watching the cathedral burn reminded him of how he felt diving along sections of the Great Barrier Reef impacted by coral bleaching.

“Beauty and meaning can be so vulnerable — not to be taken for granted, ever,” he wrote.

This was my first thought today too.

It's not at all the same thing — most importantly, it seems like the fire at Notre Dame may have been an accident, while at this point we must think of climate change as intentional.

But the profound sense of permanent loss is heartbreaking. https://t.co/66sN4qgHNH

“The profound sense of permanent loss is heartbreaking,” he tweeted.

“Notre Dame is our history, our literature, part of our psyche, the place of all our great events, our epidemics, our wars, our liberations, the epicentre of our lives … So I solemnly say tonight: we will rebuild it together,” he said, as The Guardian reported.

French billionaire and Kering CEO and Chairman François-Henri Pinault has promised 100 million euros to the cause.

These Jane Goodall Quotes Will Inspire You to Save the World https://t.co/qSNKD11FqW @JaneGoodallInst @NRDC @SierraClub @CenterForBioDiv