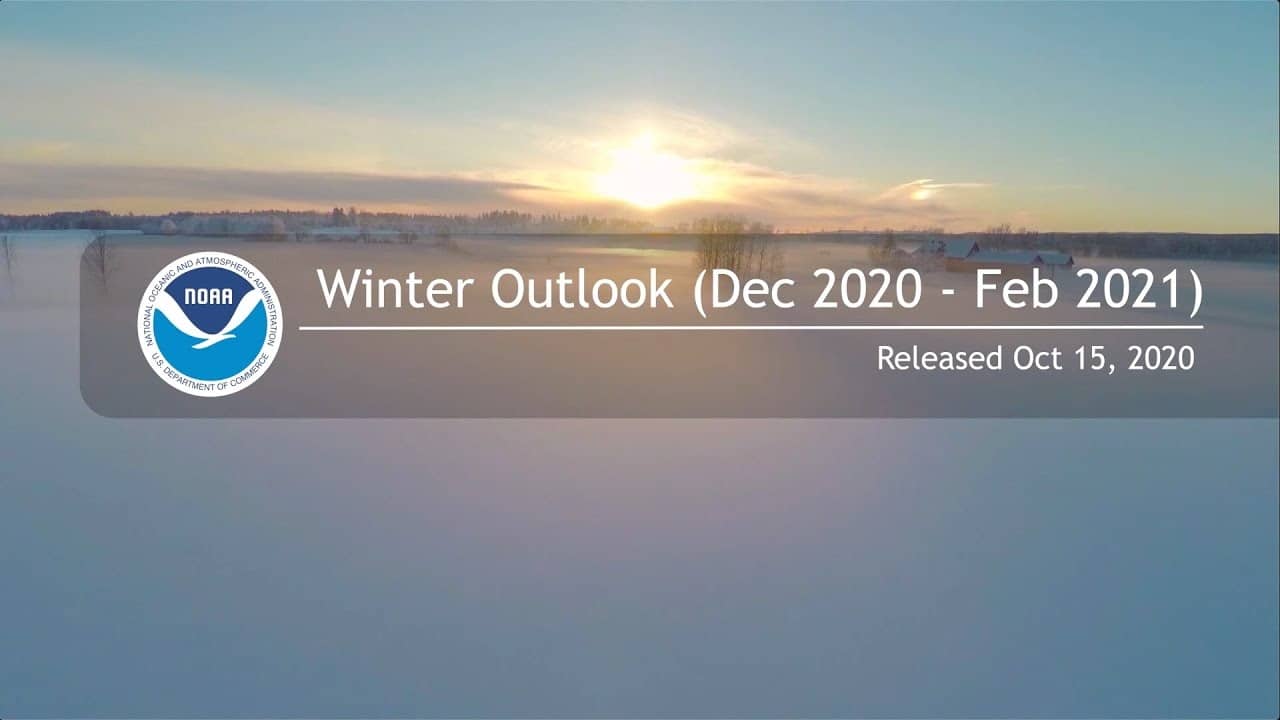 The National Oceanic and Atmospheric Administration (NOAA) predicted a mild winter for most of the U.S. Thursday, forecasting that the drought that now covers nearly half the country will get worse, according to The New York Times.

NOAA’s Climate Prediction Center released its winter outlook for 2020-2021 Thursday and predicted that much of the South and Southwest will remain dry this winter, while areas in the Pacific Northwest and the Upper Plains will have the opposite problem — they will have a wetter than average winter, as CNN reported.

That means that the current drought that blankets just under 47 percent of the continental U.S. will only get worse during the months that usually bring relief. The country is currently in its most widespread drought since 2013.

NOAA’s prediction model said that this year’s La Niña will drive warmer and drier weather through the southern part of the country this winter. This zone includes areas where wildfires are currently burning, like Southern California and Colorado.

“With La Niña well established and expected to persist through the upcoming 2020 winter season, we anticipate the typical, cooler, wetter North, and warmer, drier South, as the most likely outcome of winter weather that the U.S. will experience this year,” said Mike Halpert, deputy director of NOAA’s Climate Prediction Center, in a news release, as The Washington Post reported.

The model splits the lower 48 states into three stripes. One massive stripe runs coast-to-coast from Southern California to North Carolina. It will see a dry winter. A band that encompasses Oregon and Washington and runs along the northern part of the country to Michigan will see a wet winter. The rest of the country will see fairly normal conditions, as the AP reported.

Halpert added in a call with reporters that La Ninas, which are periodic cooling of waters in the tropical regions of the Pacific Ocean, usually reduce the odds of large snowstorms on the East Coast. However, the model cannot predict extreme events months ahead of time, according to the AP.

The climate prediction model is also forecasting above average temperatures for much of the country, with the largest spikes above the average in southern Texas. However, each month may see fluctuations that differ from the overall trend toward warming, as The Weather Channel reported.

“The typical La Niña response is for warm November, cold December, and warm January/February; however, January and February can have significant volatility depending on if high-latitude blocking occurs,” said Todd Crawford, chief meteorologist at The Weather Company, as The Weather Channel reported. High-latitude blocking stymies the flow of La Niña from west to east and allows cold air from the Arctic to make its way south.

Studies show that the Southwest, which has been in a drought for the past two decades, is in the grips of its worst megadrought in 1,200 years, as EcoWatch reported.

Halpert said the high likelihood of a worsening drought in the region this winter is directly linked to La Niña, which started in August and is expected to continue through December, as The New York Times reported.

Halpert also emphasized that the prediction is based on mathematical models and that sometimes the impacts of La Niña and El Niño systems do not play out.​