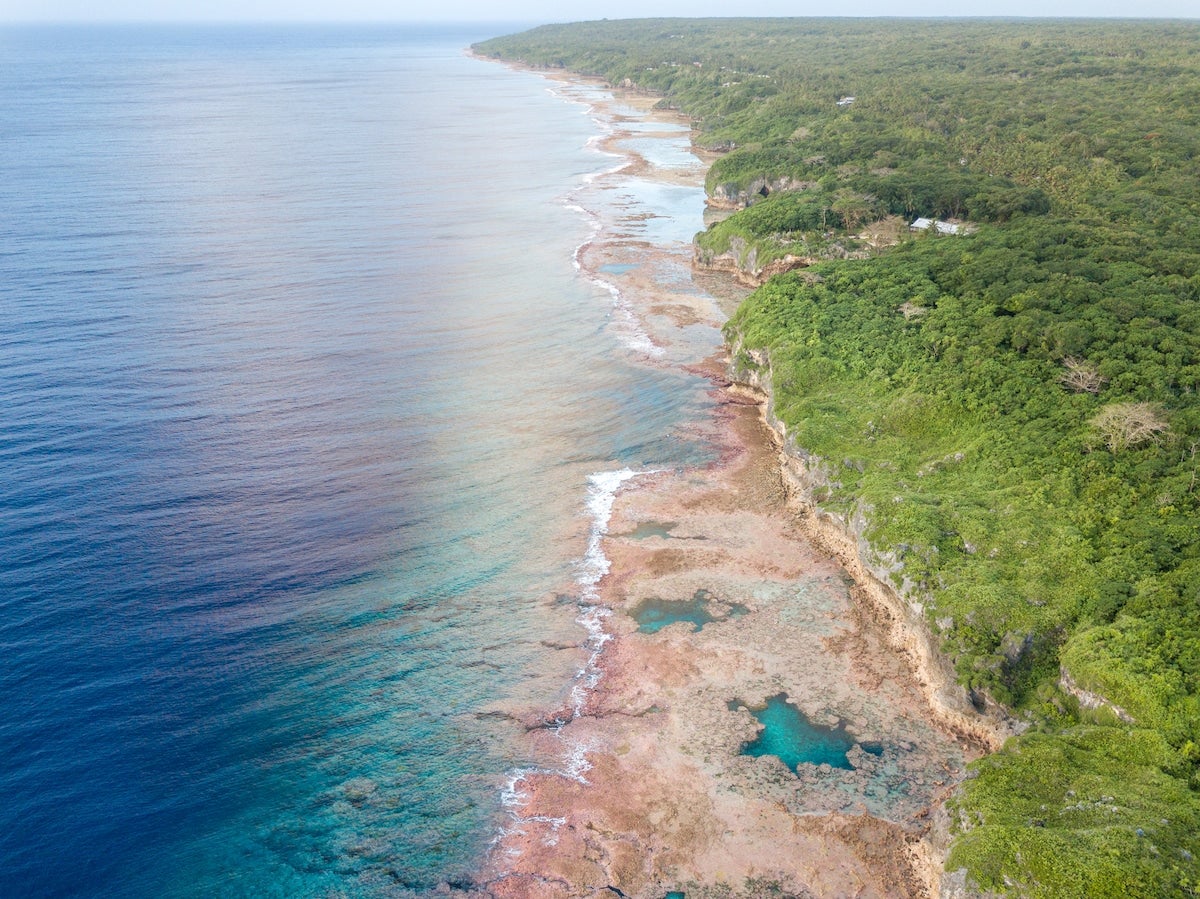 Niue, a small island nation in the southern Pacific Ocean, is poised to make a big splash in ocean conservation with a new commitment to protect all of the waters in its exclusive economic zone (EEZ).

The Niue Nukutuluea Multiple-Use Marine Park will conserve 100% of the waters in the EEZ, totaling around 317,500 square kilometers of ocean surrounding the 261-square-kilometer island. Niue’s sovereign waters are home to underwater caves, coral reefs, and diverse marine life, including grey reef sharks, spinner dolphins, and katuali, a venomous sea snake that can only be found in this region.

According to Time Out, those in breach of the law will be fined NZ$500,000 ($330,000) or more. The marine park will include various zones, each dedicated for a different activity. Activity zones will range from recreational use to scientific research to traditional fishing to approved commercial fishing.

“The decision reflects Niue’s ancestral tradition of taking only what is needed from the ocean to sustain life and ensure continued abundance for future generations,” the Niue government shared in a press release. “It also underpins the centrality of sustainable and responsible tourism that has been a significant part of Niue’s sustainable development agenda and economy over the last decade.”

The commitment builds on a previous law passed to fully protect 40% of the nation’s waters as a Large Scale Marine Protected Area.

Like oceans worldwide, these waters are threatened by rising temperatures due to climate change, which has also led to increasingly frequent cyclones and coral bleaching.

“The sand from some of our coves has been washed away due to frequent high and rough seas and our coral is still recovering after Cyclone Heta hit Niue in 2004,” sai Niue’s Premier Dalton Tagelagi, as reported by The Guardian.

The area is also vulnerable to illegal fishing, pollution and extractive industries, which may include mining for fossil fuels, metals, or minerals. Although over 50 countries have made pledges to conserve at least 30% of oceans globally by 2030, there are only 6.35% of waters covered by marine protected areas today.

Further, experts are concerned about how nations will be able to monitor these areas. Niue plans to rely on locals to help with monitoring as well as working with Global Fishing Watch to use satellites to monitor for illegal activities within the marine protected area.

“The ocean is everything to us. It’s what defines us,” Tagelagi said. “We have to ensure our reefs and corals remain to provide a healthy ecosystem and continue to create a food source for our people.”