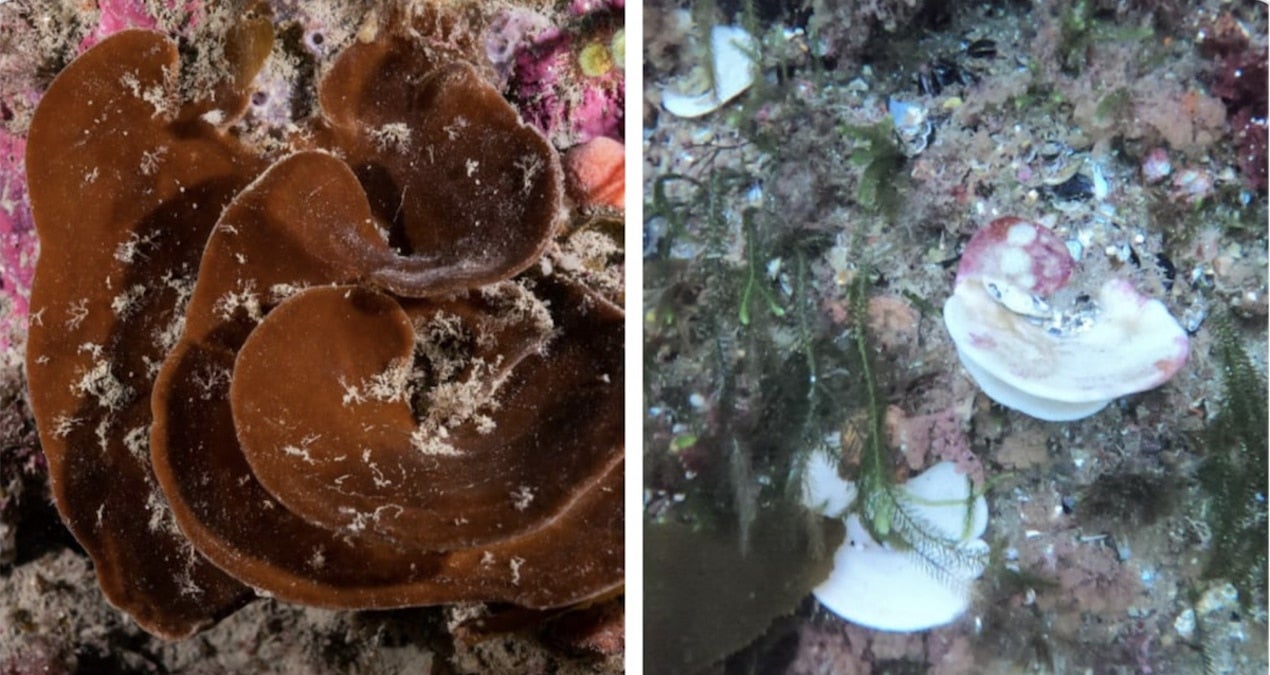 A healthy sea sponge (l) and a bleached one (r). Dr. Valerio Micaroni and Francesca Strano / Victoria University of Wellington

Sponges off the coast of New Zealand have bleached for the first time following a record-breaking marine heat wave.

Scientists from Victoria University of Wellington discovered the sponges in more than 12 locations near Breaksea Sound and Doubtful Sounds in Fiordland on New Zealand’s South Island, The Guardian reported. In some of the sites, up to 95 percent of the sponges had been bleached from their typical rich brown color.

“Our initial estimates are there are at least hundreds of thousands of sponges likely to have been bleached and maybe even many more than that,” Victoria University of Wellington marine biology professor James Bell told The Guardian.

The discovery comes as the southern part of New Zealand’s South Island has experienced a marine heat wave this summer, with April seeing the hightest ocean temperatures ever recorded, RNZ reported. University of Otago oceanographer Rob Smith said that temperatures around Fiordland had been as much as five degrees warmer than average.

“What we’ve seen this summer is the strongest marine heatwave on the west coast of the South Island in 40 years,” Smith said.

The discovery also comes after New Zealand as a whole experienced its warmest year on record in 2021, according to NWA, and seven of the last nine years have been among the island nation’s hottest on record as well.

“This trend is consistent with the overall pattern of global warming,” NWA said.

However, this is the first time that the hot weather has caused New Zealand’s sponges to bleach, Bell told RNZ. Earlier this year, scientists from the University of Tasmania’s Institute of Marine and Antarctic Studies (IMAS) said they had observed bleaching in sponges in deep, temperate waters off the eastern coast of Tasmania.

“It’s a really unusual event,” Bell told The Guardian. “This just highlights the kind of climate crisis that we’re facing. There are so many species around New Zealand and we don’t know what their thermal tolerances are.”

The marine sponges play an important role in New Zealand’s marine ecosystems. They create habitat for fish species and emit carbon that other species need. Bell told RNZ that fish populations could also suffer if the sponges die off. Further the hot water temperatures are disrupting the ecosystem by attracting more tuna and kingfish to the area. This is good for fishers, but could drive off local species. The warmer temperatures could also spread disease among animals like scallops, mussels, oysters and clams.

“This could be the start of something really really bad for other ecosystems or the entire ecosystems in Fiordland, that’s kind of where it potentially goes – it’s pretty depressing,” Bell told RNZ.

The researchers say they can’t say for sure that the bleaching is caused by the warmer water temperatures, according to The Guardian. They also don’t know if the bleaching will have a long term impact on the sponges’ health until they return to observe them again later this month.

“There is some hope they may not die, but unfortunately some of them are a little bit manky and not very happy or healthy,” Bell told The Guardian.