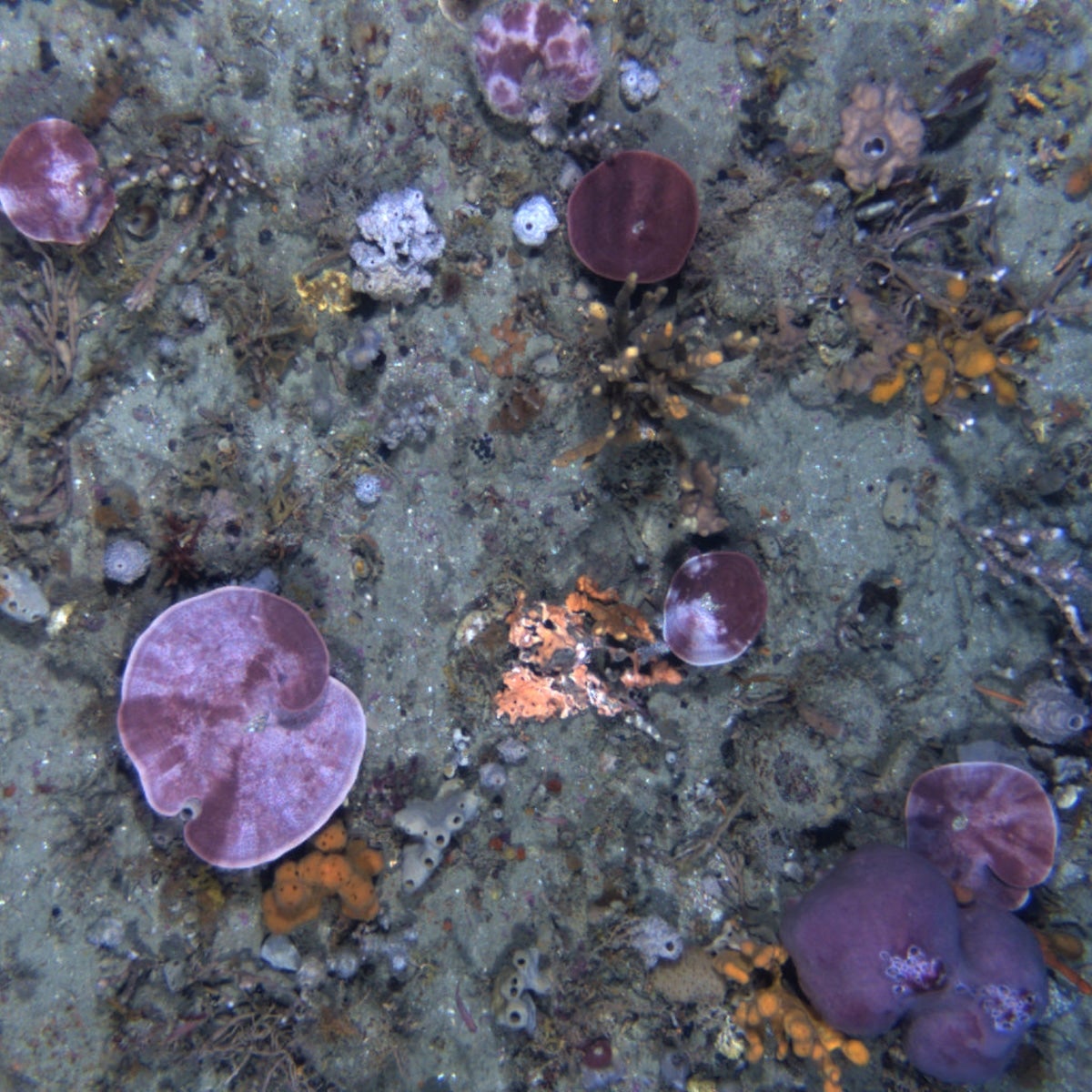 It turns out that coral isn’t the only marine organism that bleaches in hot water.

Scientists from the University of Tasmania’s Institute of Marine and Antarctic Studies (IMAS) have observed bleaching for the first time in the sponges that live in the “twilight zone” between the shallow and deep ocean off of Tasmania’s eastern coast.

“Bleaching is well known in tropical corals and has been noted to occur in sponges in shallower tropical waters, but our study shows bleaching can also occur in deeper temperate water sponges,” study lead author Dr. Nick Perkins of IMAS said in a press release.

The study, published in Climate Change Ecology, used benthic imagery to look at bleaching in cup sponges. Cup sponges are a morphospecies, meaning they have a unique shape that is easy to identify. The sponges are typically a red-wine color but they bleach a whitish-violet.

Studying the sponges is a way to assess the impacts of the climate crisis on ecosystems in the mesophotic region of the ocean, between 30 and 150 meters (approximately 98 to 492 feet) below sea level, according to The Guardian. These waters off of Tasmania’s eastern coast are warming at nearly four times the global average, and the area experienced marine heat waves in 2015 to 2016 and 2017 to 2018. The images of the bleached sponges were collected in 2017.

Mesophotic ecosystems (MEs) are an important source of biodiversity and play an important role in ocean ecology, the study authors wrote. However, they are not as well understood as shallower ecosystems because their depth makes them more difficult to study.

“Understanding how marine heat waves and other extreme climate events are impacting ecosystems at those depths is a costly exercise but so important, particularly in our region which is considered to be a global ‘hotspot’ for marine climate change,” Perkins said in the press release.

“Future efforts should be directed towards a better understanding of the physiological limits of this morphospecies across its range and timing surveys to more closely follow MHW [marine heat wave] events,” the study authors advised. “Sponges form an important and dominant component of temperate MEs and monitoring the impacts of climate change on sponges across these ecosystems should therefore be an ongoing priority.”

If warming in the region persists, it could threaten Tasmania’s unique species.

“As things do warm up with climate change over the next century or two, a lot of these deeper species will move south,” study co-author and IMAS associate professor Neville Barrett told The Guardian. “The biggest problem is that whatever endemic species we’ve got here in Tasmania now, they’ve got nowhere to go as things warm up.”