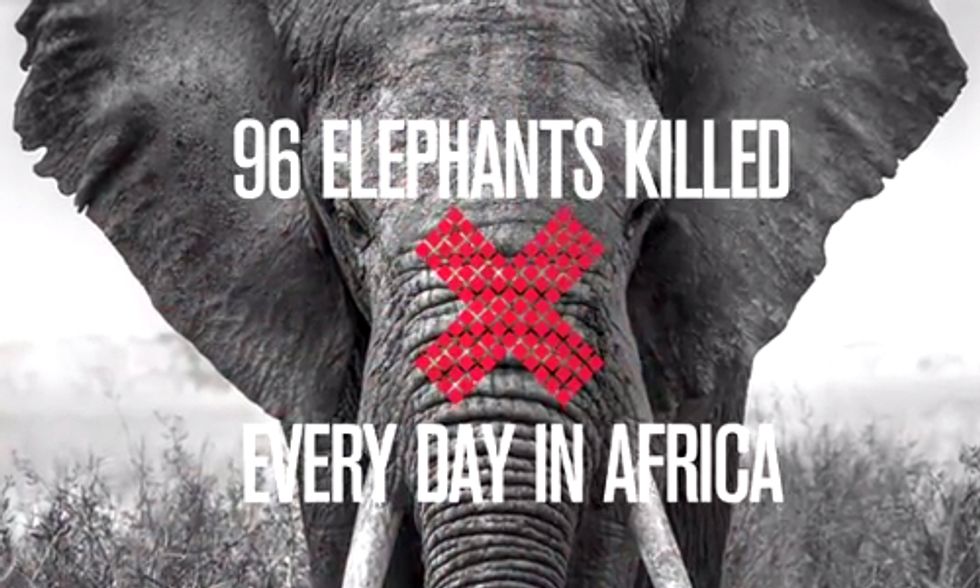 The New York State Assembly Standing Committee on Environmental Conservation announced a public hearing on ways to improve the effectiveness of the state’s laws and regulations protecting endangered species and restricting the sales of ivory.

Despite the existing legal protections, New York has become one of the leading destinations in the U.S. for illegal ivory. In 2012, the New York State Department of Environmental Conservation, in conjunction with the U.S. Fish and Wildlife Service, seized more than $2 million worth of elephant ivory in New York City.

The Wildlife Conservation Society (WCS) estimates that 96 elephants are killed each day in Africa, translating into one elephant death every fifteen minutes and a 76 percent population decline since 2002.

Elephants are a social, smart and peaceful animal whose existence has special protections under the law. Poachers have been illegally killing African elephants for years, bringing them to the brink of extinction. It's disturbing that New York has become one of the main points of entry for the illegal ivory trade. Not only does this illegal market cause further destruction to an endangered species, but some of the proceeds of the trade go to fund terrorism. I have called this hearing to learn how New York State can help put a stop to these reprehensible actions.

“The New York seizure is evidence of a disturbing fact: there is a direct link between the illegal ivory trade in New York State and the slaughter of elephants in Africa," said John Calvelli, WCS executive vice president for public affairs. “We are extremely grateful that the New York State Assembly Standing Committee on Environmental Conservation, under the leadership of Chairman Sweeney, is taking the illegal ivory trade in New York so seriously.”

Elephants are killed primarily for their ivory tusks which are used predominantly in carved art and jewelry. Ivory sales are regulated by a complex web of international, federal and state laws and treaties. In New York, ivory sales are regulated pursuant to Environmental Conservation Law §11-0535 which is based in part on the inclusion of elephants on the federal endangered species list in the 1970’s.

In September, WCS launched its 96 Elephants campaign to amplify and support the Clinton Global Initiative commitment to save Africa’s elephants by stopping the killing, stopping the trafficking and stopping the demand. The WCS campaign focuses on: securing effective U.S. moratorium laws, bolstering elephant protection with additional funding, and educating the public about the link between ivory consumption and the elephant poaching crisis.

Below, a short WCS video about the May 2013 elephant massacre that prompted the 96 Elephants campaign: