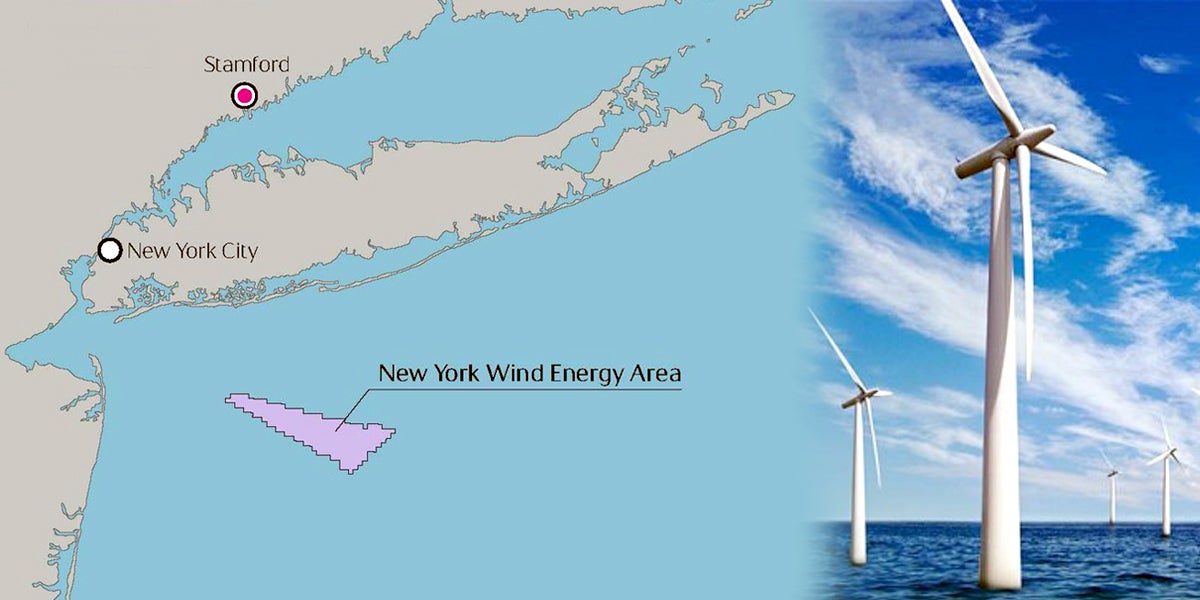 If everything goes to plan, New York City and Long Island will be harnessing the Atlantic Ocean’s strong and dependable winds as a source of renewable energy.

We won an #offshorewind lease with the opp. to potentially provide NYC + Long Island with #renewable electricity. https://t.co/FTvhgGPSEV pic.twitter.com/YMu35CR7wa

Norway’s biggest oil company will be developing an offshore wind farm outside of New York. Statoil submitted the winning bid of $42.5 million to the U.S. Department of the Interior’s Bureau of Ocean Energy Management last Friday to lease nearly 80,000 acres of federal waters roughly 14 miles off the coast of Long Island, the Huffington Post reported.

The company estimates that the leased area could host a 1,000-megawatt offshore wind farm, with the first phase of development expected to begin with 400 to 600 megawatts. The first plan of action is to survey seabed conditions which can be as deep as 131 feet, grid connection options and wind resources at the site.

New York state aims to generate 50 percent of its electricity needs from renewable resources by 2030 and is betting big on offshore wind to help meet that goal. The Long Island Power Authority, with the support of New York Gov. Andrew Cuomo, is slated to approve a contract for a 90-megawatt offshore wind project 30 miles northeast of Montauk.

Offshore wind is resource begging to be tapped in the U.S., which has a projected 4,223 gigawatts of electric generating potential, LEEDCo estimated.

“The U.S. is a key emerging market for offshore wind—both bottom-fixed and floating—with significant potential along both the east and west coasts,” Statoil’s Rummelhoff said.

Still, the U.S. lags behind other countries in utilizing this form of emissions-free electricity. U.S. offshore wind development has faced a number of stumbling blocks, such as the embattled Cape Wind Project in Massachusetts that has stalled for more than a decade.

Europe, in comparison, has embraced this form of energy and developed several offshore wind farms projects, as the Huffington Post detailed:

“The United Kingdom alone gets about 5.1 gigawatts of electricity from 1,465 turbines operating at 27 separate wind offshore farms, according to data from the trade group Renewable UK. In 2012, Statoil completed its first commercial offshore wind farm, an 88-turbine project called Sheringham Shoal, off the eastern coast of England. That farm now powers up to 220,000 British homes. The company is building a second farm in deeper waters, roughly 20 miles off the North Norfolk coast in England, that is expected to produce enough power for up to 401,000 homes. Statoil’s third British farm, set to begin production off the coast of Scotland next year, could become the world’s first floating wind farm.”

The country’s renewable energy sector as a whole has been buoyed by federal tax credits that help reduce the price of developing such costly technologies such as offshore wind. For instance, the $30 million Block Island wind farm is eligible for a tax credit worth 30 percent of the project’s cost.

However, under a Donald Trump presidency and a potential cabinet consisting of fossil fuel execs and climate change deniers, federal support of the country’s renewable energy sector could weaken.

Wind farms, in particular, are a sore subject for the president-elect. Trump has waged legal battles against an offshore wind farm near his golf courses in Scotland because it was a “blight” on the view and once said “the wind kills all your birds.”

That federal renewable energy subsidy is set to be lowered in 2019. An extension will require support from both Congress and the Trump administration.