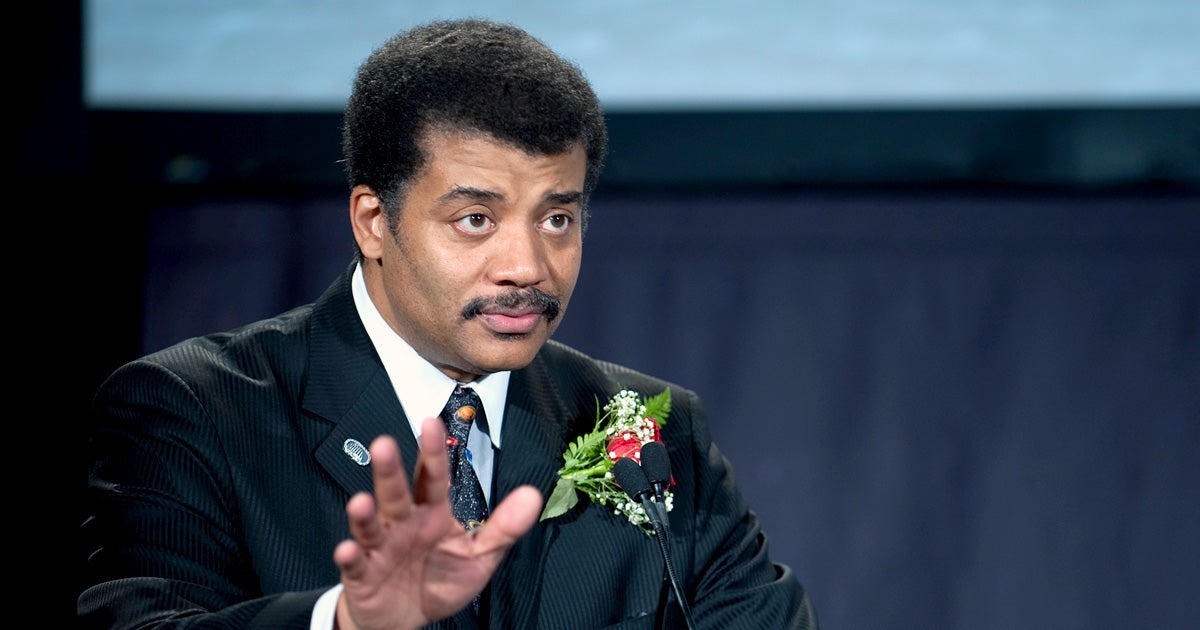 Neil deGrasse Tyson has inspired millions of people to care about science and imagine themselves as participants in the scientific process. What a hopeful sign it is to see young girls wearing t-shirts emblazoned with the words, “Forget princess, I want to be an astrophysicist.”

His devoted fan base, as I’ve discovered in the past few days, includes my mom, my best friend and closest colleagues. All of them, and especially the young people who trust Tyson to lead with integrity in matters of science, deserve better than the twisted tale dished out by Food Evolution, the new documentary film about genetically modified foods (GMOs) that is driving its promotion on the coattails of Tyson’s narration and kicking up controversy for its biased approach.

Already, two of the best-known experts interviewed for the film, Marion Nestle and Michael Pollan, have complained that their views were misrepresented and their comments taken out of context.

My review of Food Evolution describes the film as a textbook case of corporate propaganda, and offers clear-cut examples of how the film selectively and unfairly presents science. The review explains how a trade group, whose leadership hails from the agrichemical industry, funded Food Evolution as part of a multi-year messaging project and hand-picked its director, Scott Hamilton Kennedy.

This is an unusual scenario for a science documentary, but it wouldn’t matter if the film reported fairly and honestly about the topic it purports to objectively explore. The film does not deliver on that promise, and making matters worse, the filmmakers are facing a series of embarrassing revelations about their unfair treatment of interview subjects.

Two days before the film’s official release, which opens today in New York City, NYU Professor Marion Nestle, Ph.D., wrote a harsh review about the film’s many biases, and said she has repeatedly asked the filmmakers to remove her short interview clip. “The director refuses. He believes his film is fair and balanced. I do not,” Nestle wrote.

“I am often interviewed (see media) and hardly ever quoted incorrectly or out of context. This film is one of those rare exceptions.”

Her take on Food Evolution concluded, “I view it as a slick piece of GMO industry propaganda. If you want a thoughtful discussion of the real issues raised by food biotechnology, you will need to look elsewhere.”

UC Berkeley Professor Michael Pollan—who also appears in Food Evolution and whose name the filmmakers have been dropping in their promotional efforts—said his experience and take on the film were “much the same” as Nestle’s, and that the filmmakers have misrepresented his views.

Interviews with several other GMO critics who appeared in the film, or were asked to be in it, corroborate the picture of a strange process involving sneaky filming, selective editing, misrepresentation and lack of disclosure about the film’s funding.

Eric Holt-Giménez, Ph.D., executive director of the Institute for Food and Development Policy (Food First), an agroecologist with 30 years of experience in the developing world, said he spent four hours in an interview with the filmmakers discussing research from the institute’s books and trying to raise issues related to the structural aspects of hunger and how GMOs have exacerbated rural poverty and decreased environmental resilience. His interview was left out of the film entirely.

Holt-Giménez said that no matter what information he provided, the director Scott Kennedy focused on the health and safety discussion and replied that he just didn’t see what was wrong with GMOs. Holt-Giménez also said the filmmakers refused to answer his questions about who was funding them.

Tufts researcher Timothy Wise, an agricultural development expert, withdrew his consent to be included in the film after asking repeatedly for more information about the funding.

Why the evasions and deceptions?

One possible explanation is that the film was not an objective investigation into the science of GMOs but rather a messaging project to advance the agenda of the agrichemical industry.

The positive publicity from a pro-GMO/pesticide movie—such as the puff review written by Daniel M. Gold in the New York Times—could prove useful at a crucial political moment as the seed/chemical corporations face lawsuits and regulatory threats and pursue mega mergers to consolidate control over our food supply.

It is true, whether or not we like it, that corporations such as Monsanto have a history of manipulating science, academia and the media to manufacture doubt and confusion about science in order to keep regulations and public scrutiny to a minimum as they do whatever they need to do to maximize profits.

Now that he is in the middle of the contentious GMO debate, Tyson owes it to his fans to broker a more honest conversation—one that involves not just the views of genetic engineers who have a financial stake in public acceptance of the technology that provides their livelihood, but also considers the broader cultural, political and scientific realities relevant to genetic engineering and the future of our food system.

A more honest conversation about GMOs would include information about the complex and contradictory nature of the science; the proprietary controls over research; the legitimate concerns about the health risks of glyphosate and the worsening pesticide treadmill problem.

It would consider the environmental, social justice and economic issues at stake, and the political context in which decisions about science—and big-budget movies that purport to document science—are made.

As Tyson has so eloquently explained, “the cross pollination of disciplines is fundamental to truly revolutionary advances in our culture.”

Stacy Malkan is co-director of U.S. Right to Know.