Two Hours a Week in Nature Can Boost Your Health and Well-Being, Research Finds 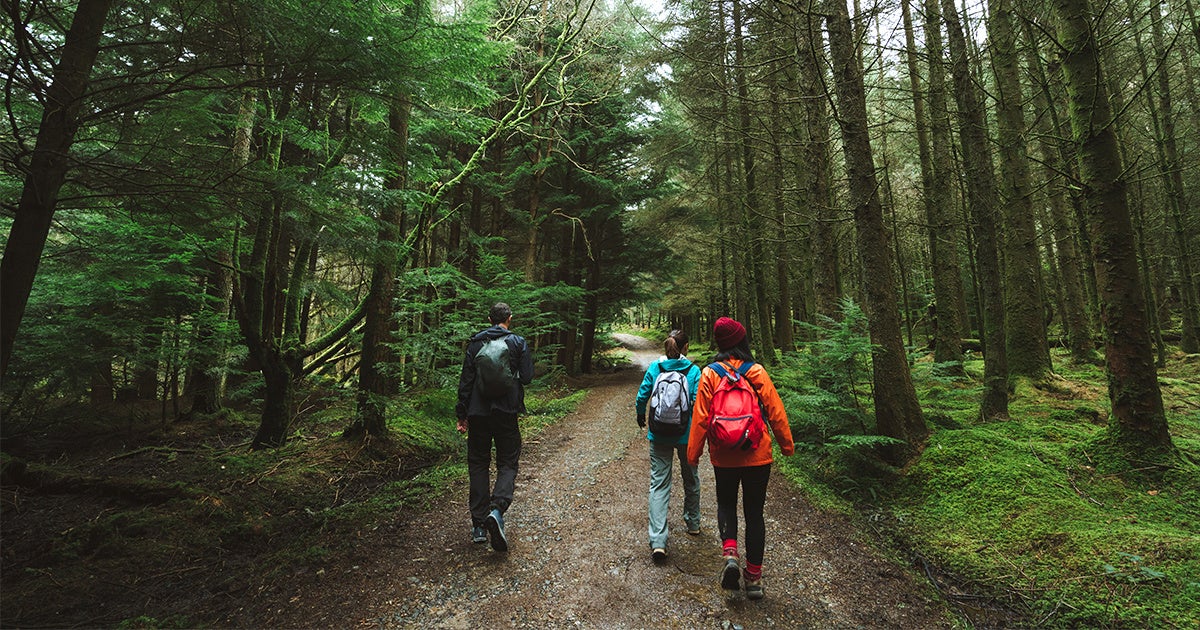 New research has given credence to the age-old wisdom that spending time outside is good for you. A study recently published in Nature’s Scientific Reports journal found that people who spend at least 120 minutes in nature per week have higher odds of reporting better health and psychological well-being.

Researchers at the University of Exeter used data from almost 20,000 people in the UK who participated in a two-year survey funded by Natural England, which is the world’s largest effort to collect data on people’s weekly interactions with nature, according to The Guardian.

Interestingly, the health benefits of getting at least 120 minutes of nature exposure each week persisted whether the threshold was met in one trip or multiple, and benefits increased for up to 300 minutes of exposure before plateauing. Additionally, the benefits seen after reaching 120 minutes applied widely to men and women of all ages, as well as across different ethnicities, socioeconomic status, and even those with long-term illnesses and disabilities.

“What really amazed us was that this was true for all groups of people,” lead author Dr. Mathew White of the University of Exeter Medical School told The New York Times.

That said, people who did not get at least two hours in nature — even if they surpassed an hour per week — were not any more likely to say they were in good health than those who spent no time in natural spaces, White wrote in Quartz.

The researchers said the benefits could be tied to reduced stress from the tranquil setting or physical activities that are done outdoors, though the study wasn’t designed to look for specific reasons why the benefits exist. White also noted in his Quartz article that because the data was self-reported, it was possible that participants might not have accurately remembered their time in nature during the previous week or might have gotten nervous speaking about their health and well-being.

The study is the latest addition to a compelling body of evidence that doctors should consider handing out nature prescriptions to their patients — in fact, many in the U.S. and UK are doing so already. In March, a large Danish study found that living near nature as a child could reduce a person’s risk of mental illness as an adult. Other studies have revealed that the decades-old Japanese technique of “forest-bathing” has a range of health benefits, including lowering blood pressure, reduced disease risk and faster healing times.

The study didn’t count time spent in a person’s own yard or garden as time in nature, but the researchers said you don’t need to completely escape civilization each week to benefit.

“The majority of nature visits in this research took place within just two miles of home so even visiting local urban greenspaces seems to be a good thing,” Dr. White said in a press release. “Two hours a week is hopefully a realistic target for many people, especially given that it can be spread over an entire week to get the benefit.