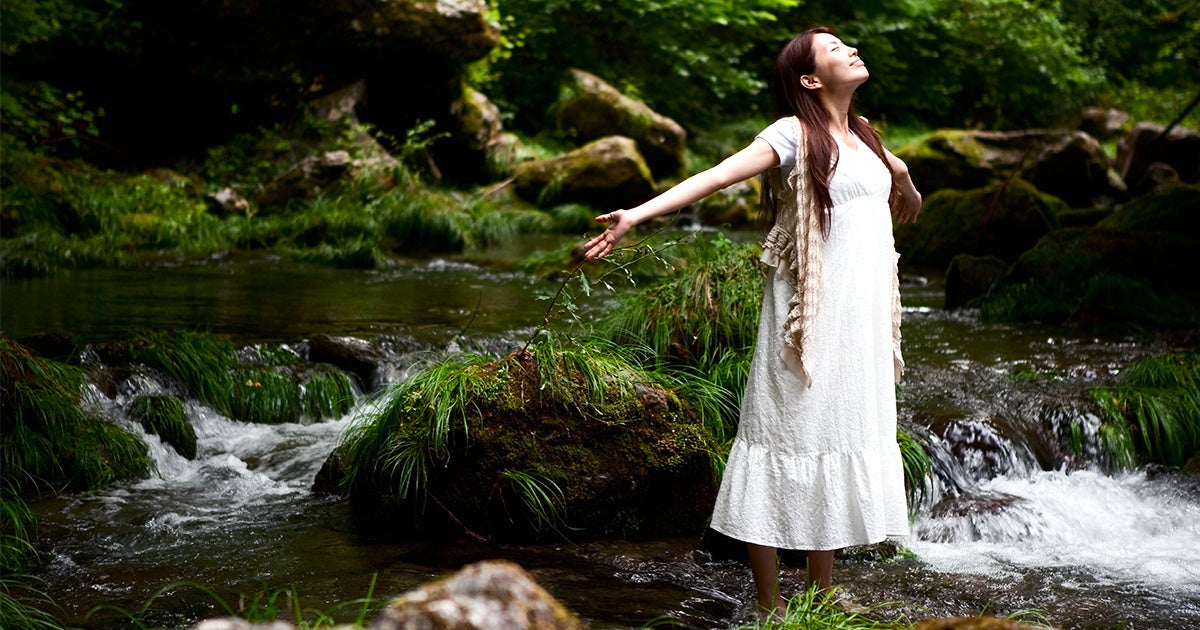 Birdwatch for long-tailed ducks. Search for shells. Sketch some snowdrops.

These are some of the prescriptions you might receive if you go to a doctor in the Shetland Islands of Scotland and say that you are suffering from stress, heart disease, diabetes, mental health problems or other chronic conditions.

Starting Oct. 5, the UK’s National Health Service (NHS) in Shetland has authorized doctors there to prescribe time outdoors, The Guardian reported. Doctors will pass out pamphlets written by the Royal Society for the Protection of Birds (RSPB) advising patients on walks to take and wildlife to watch out for.

The Shetland doctors are only the latest in a growing number of healthcare providers incorporating nature into their treatment plans as evidence mounts for the health benefits of time spent in wild spaces. In his 2005 book Last Child in the Woods, Richard Louv cited 60 studies finding that time outside helped mental and physical health, and that too much time spent away from nature caused harm. Now, the website of his Children & Nature Network lists more 700, Louv told The New York Times.

One doctor who was inspired by Louv’s book was Dr. Robert Zarr, a Washington, DC pediatrician who started a nonprofit called Parks Rx America to make it easier for doctors to prescribe time in nature. The site has mapped and rated parks in the DC area and allows doctors to find parks near patients’ homes.

Dr. Zarr told The New York Times he usually writes one or two park prescriptions per day, usually for children dealing with weight issues or teenagers dealing with mental health problems. Zarr said he lets his patients take the lead in planning activities.

Across the country in San Francisco, Dr. Daphne Miller wrote for The National Parks Conservation Association that she had seen success with prescriptions like:

What I’ve noticed in my practice mirrors what has been observed in the studies: Inactive patients who initiate a new exercise regimen outdoors are more likely to stick with it than those who join a gym or work out in the confines of their basement. It seems that a number of things contribute to this “stickiness”: the constantly varying scenery, the camaraderie of the trail, the fact that monthly dues and expensive Spandex outfits aren’t required. And consistent with the research findings, my patients report a host of other benefits from their nature routine: less fatigue throughout the day, a sense of calm, better sleep, a drop in weight, and even lower blood pressure. Of course, not every patient takes the nature Rx and “runs” with it. But for many, a physician’s advice, backed by a paper document, is just the push needed to venture onto the trails.

The phenomenon is not limited to the U.S. and UK. In fact, the benefits of spending time in forests was extensively researched in Japan in the 1980s, Joanne O’Connor wrote for The Guardian.. The researchers found that just two hours in the woods could reduce blood pressure and stress hormones and boost concentration and memory. Further, chemicals released by trees called phytoncides actually boosted the immune system. The practice of forest bathing, or shinrin-yoku, then grew into a national health program in Japan. It has since spread around the world, with sessions offered in parks from London to New York. 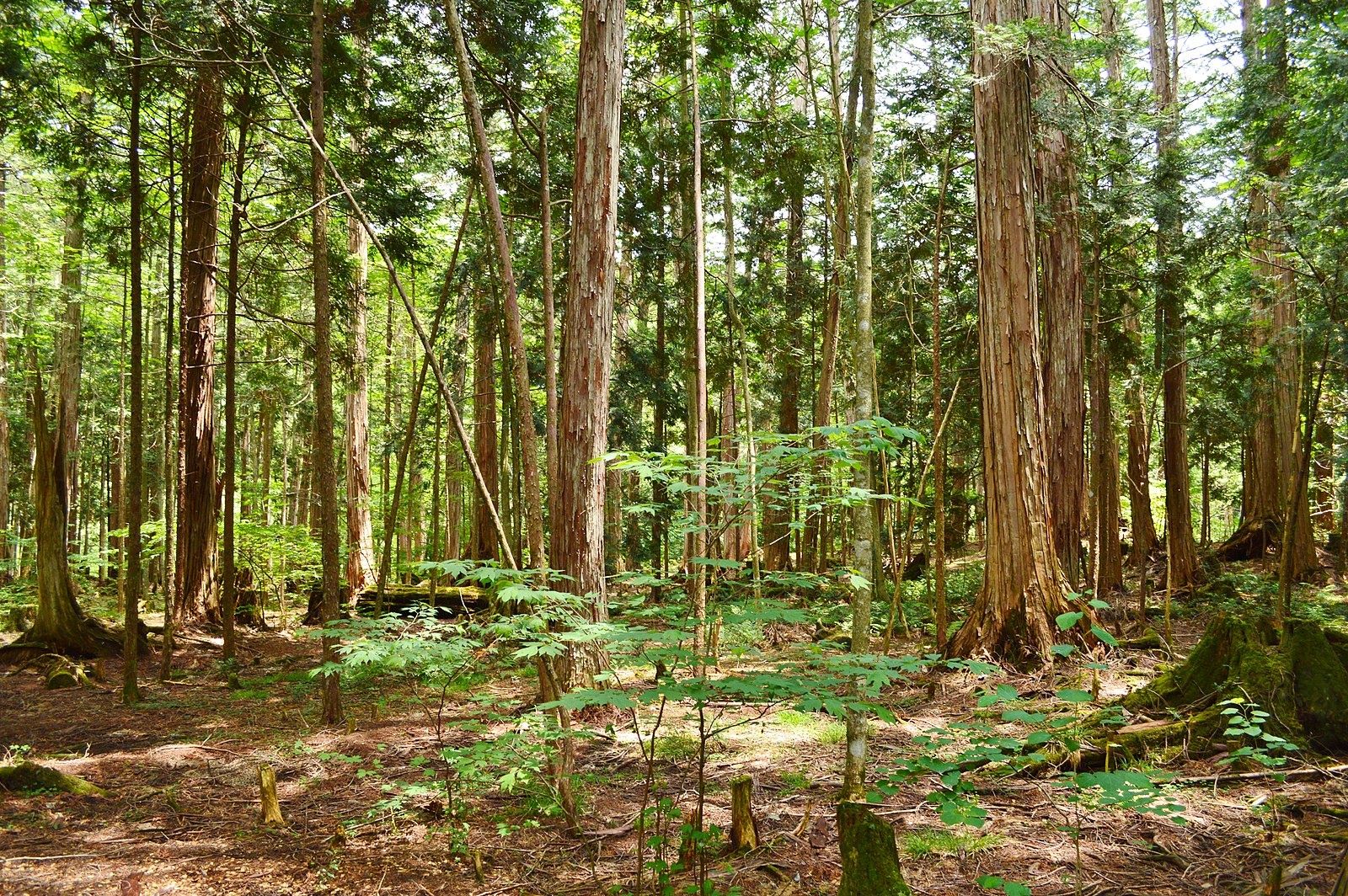 Akasawa forest in Japan was the first designated area for forest bathing.Saigen Jiro

Dr. Qing Li, who wrote Forest Bathing: How Trees Can Help You Find Health and Happiness, gave Time readers a primer in the practice. Try this out next time you find yourself stressed out and near some green space.

First, find a spot. Make sure you have left your phone and camera behind. You are going to be walking aimlessly and slowly. You don’t need any devices. Let your body be your guide. Listen to where it wants to take you. Follow your nose. And take your time. It doesn’t matter if you don’t get anywhere. You are not going anywhere. You are savoring the sounds, smells and sights of nature and letting the forest in.

The key to unlocking the power of the forest is in the five senses. Let nature enter through your ears, eyes, nose, mouth, hands and feet. Listen to the birds singing and the breeze rustling in the leaves of the trees. Look at the different greens of the trees and the sunlight filtering through the branches. Smell the fragrance of the forest and breathe in the natural aromatherapy of phytoncides. Taste the freshness of the air as you take deep breaths. Place your hands on the trunk of a tree. Dip your fingers or toes in a stream. Lie on the ground. Drink in the flavor of the forest and release your sense of joy and calm. This is your sixth sense, a state of mind. Now you have connected with nature. You have crossed the bridge to happiness.

At least 4 new studies suggest that connecting with nature improves our minds and moods. But you already knew that, right? 😊 🌲 🌳https://t.co/tRn24WAzGc