13 Natural Ways to Keep Pests Out of Your Home 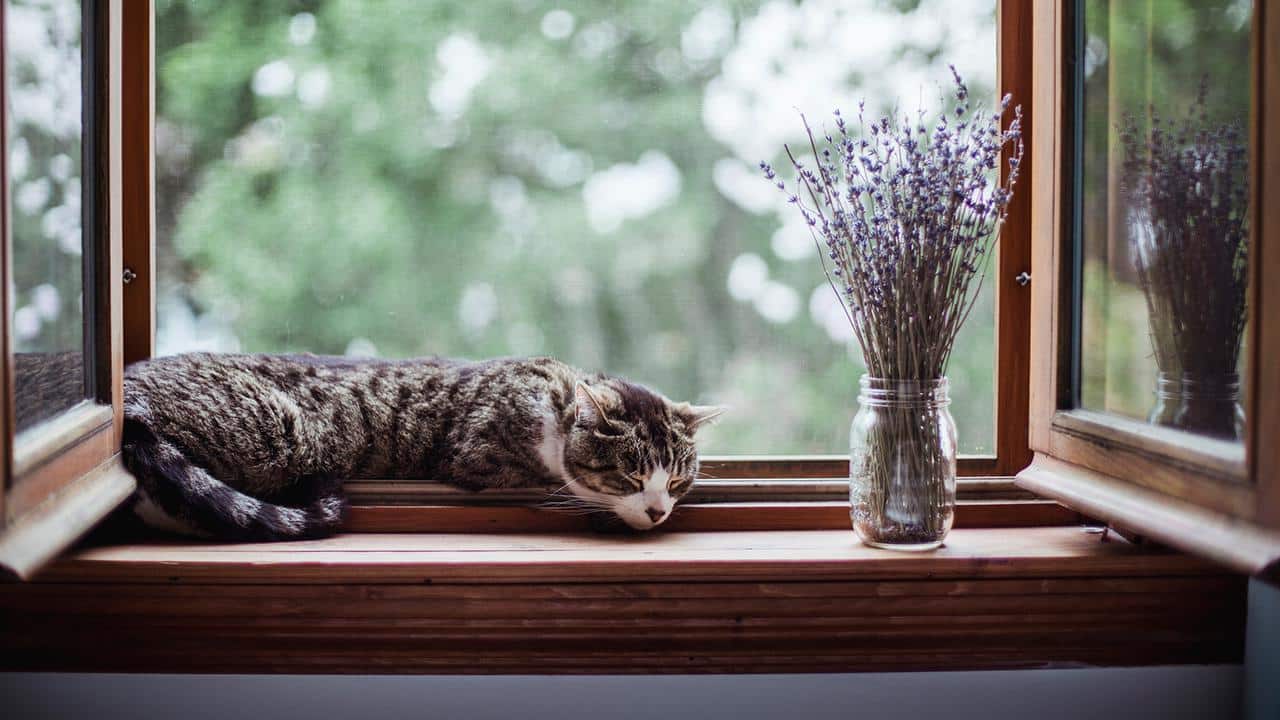 With fall fast approaching, outdoor critters seeking to regulate their temperature are trying their best to get inside. Ants, spiders, moths, mosquitoes, fruit flies, stink bugs, termites, silverfish, and ladybugs – to name a few – can easily make their way into homes, and once they’ve settled in, it’s often hard to get them out.

Chemical insect solutions are bountiful, but have a range of dangerous consequences for human health and the environment. Insecticide exposure is linked to respiratory and neurologic symptoms, disruption to hormonal balances, and both birth defects and compromised immune systems in infants. These chemicals also impact local ecosystems and destroy delicate balances within food chains; they often kill non-target species as well, and contaminate the air, water, and soil.

As pesky as flies and ants are, it’s important to keep them out of our homes through natural means to protect both ourselves and the environment. Here are a few ways to deter and eliminate pests in your home without reaching for chemicals. 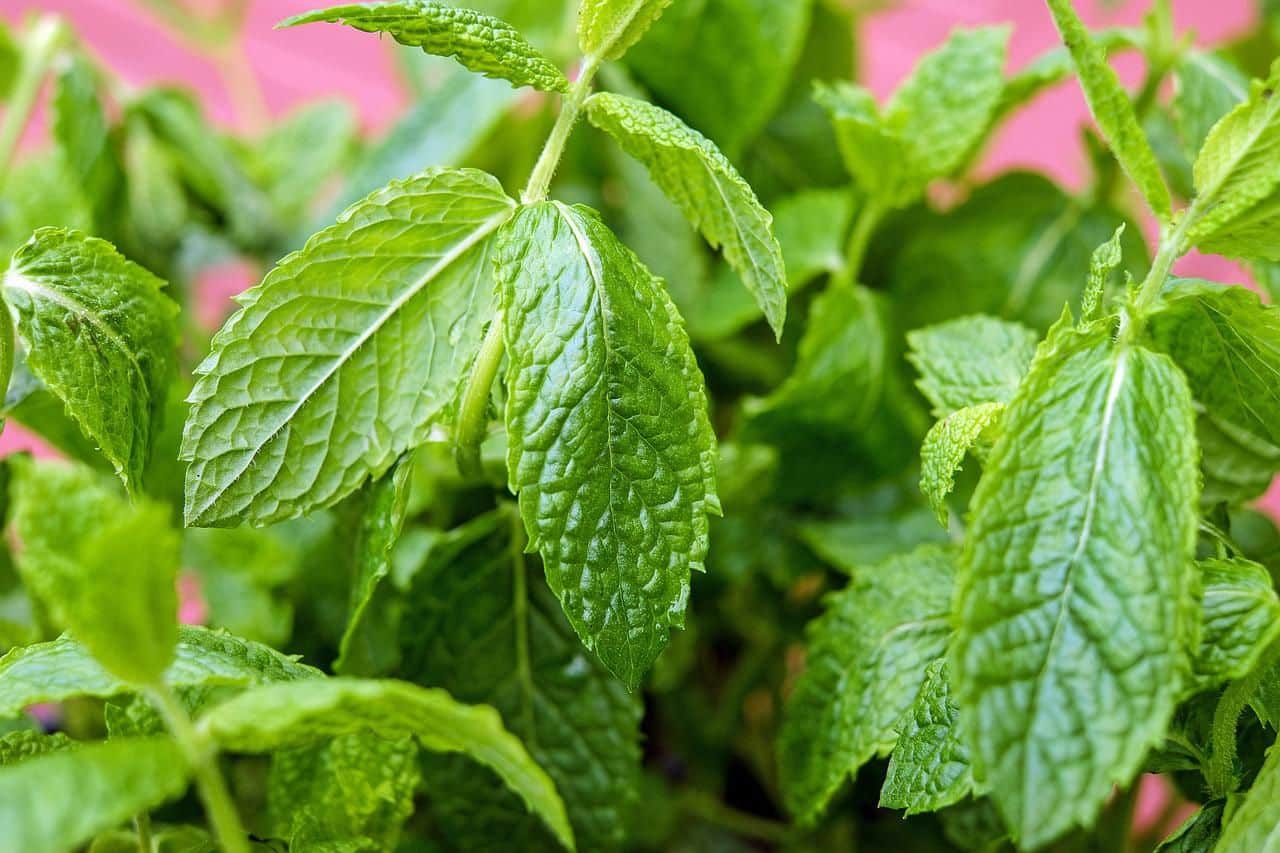 Use mint to keep ants, mosquitoes, spiders, and mice away.

Mix 10-15 drops of peppermint oil with 8oz of water and put in a spray bottle – or, keep a mint plant (indoors or outdoors) to make a homemade spray. Crush 1 cup of mint leaves and add to two cups of boiling water. Stir for a few minutes, then allow the mixture to cool before straining and pouring into a spray bottle. Spray the mixture where these species are spotted, focusing especially on entry points like vents, doorways, and windows. Bags of mint tea are also quite effective.

Derived from the seeds of the neem tree, neem oil is safe for humans and animals, but kills more than 200 species of insects. It’s also found as an ingredient in cosmetics, toothpaste, soap, and some shampoo.

House plants plagued with thrips, aphids, or white flies will benefit from a spray of the oil every once in a while. It can also be used as a fungicide to combat many common houseplant diseases.

Try using neem oil in the garden as well if pests are harming your outdoor plants.

Vinegar both repels and attracts insects, which you can use to your advantage.

If lines of ants trekking across the floor or kitchen counters are a common sight in your home, use vinegar to destroy the scent trails that they leave behind. Wipe down surfaces with white vinegar where ants are seen, as well as points of entryway like windows and doors. Acetic acid in vinegar is also harmful to spiders; mix water and vinegar in a 1:1 ratio and spray in areas of the home where spiders linger, like baseboards and out-of-the-way corners.

On the other hand, the smell of vinegar is attractive to fruit flies and aphids. Create a trap for the bugs by filling a bowl with apple cider vinegar, cover with plastic wrap, and poke several small holes using a pin, the tip of a lead pencil, or anything of a similar size. The flies and aphids will fly into the trap and be unable to escape, eventually drowning in the vinegar. This efficient solution can be employed both indoors and outdoors where the pests are present. 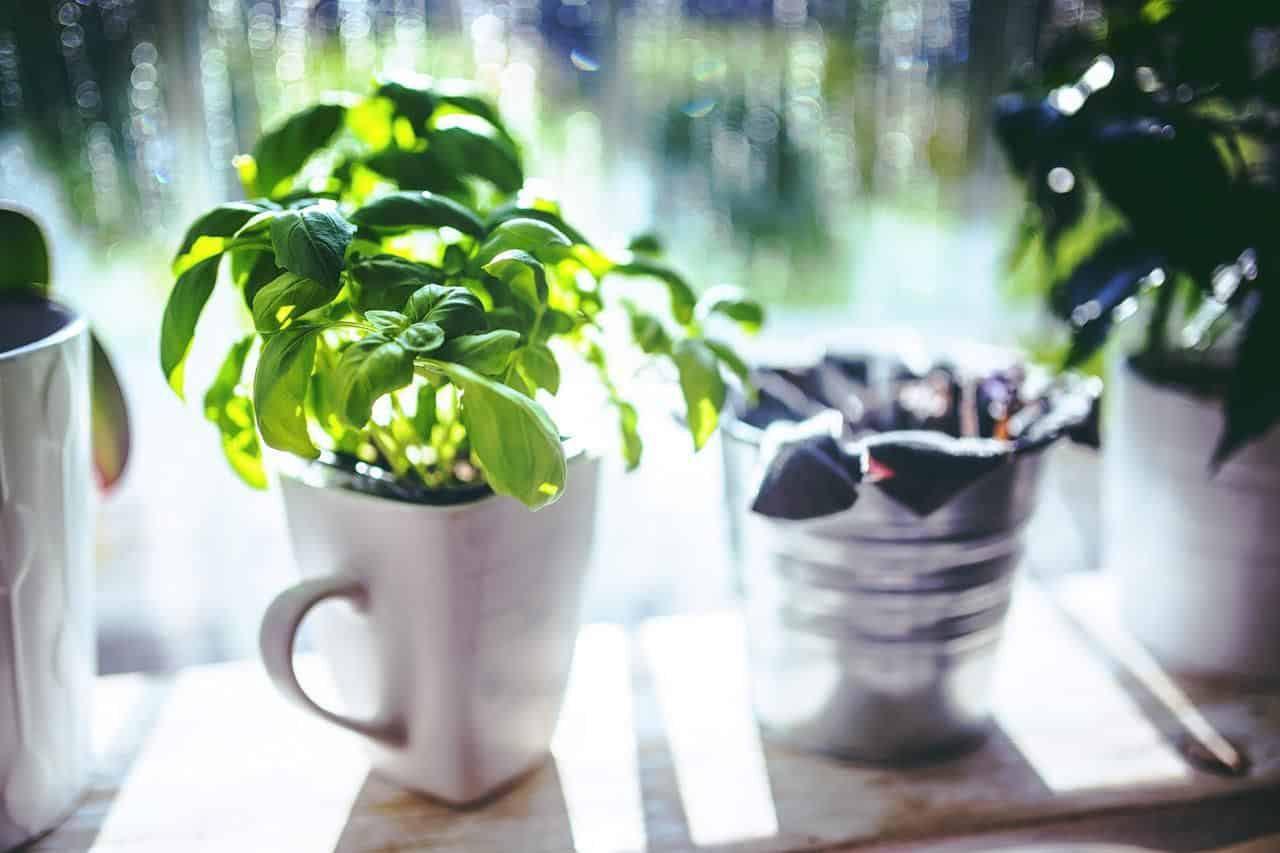 This especially pungent herb is a natural, aromatic fly repellent.

Basil is easy to grow both inside and out; position plants on windowsills or other points of entry, or on the outside of your home to deter flies.

If you aren’t able to grow your own, put dried basil in muslin pouches and place them in problem areas around the house. The pouches are also easily moveable if the problem persists in other spots.

Along with being a beautiful addition to your garden or indoor dried-flower bouquet, the scent of lavender repels fleas, flies, mosquitoes, and moths.

Grow lavender in pots inside where you notice the pests, or around the perimeter of your home, especially near entry points. Alternatively, purchase dried lavender (or dry your own) to fill pouches, and put them in closets where moths might live.

Like all essential oils, lavender oil is quite effective at killing insects. To make your own lavender spray, mix 5-10 drops of lavender essential oil with water. You can also use fresh lavender, but remember that fresh stems are far less concentrated than dried, so you’ll have to use more to get the same effect. Muddle the lavender and mix with water in a spray bottle after passing it through a mesh strainer. 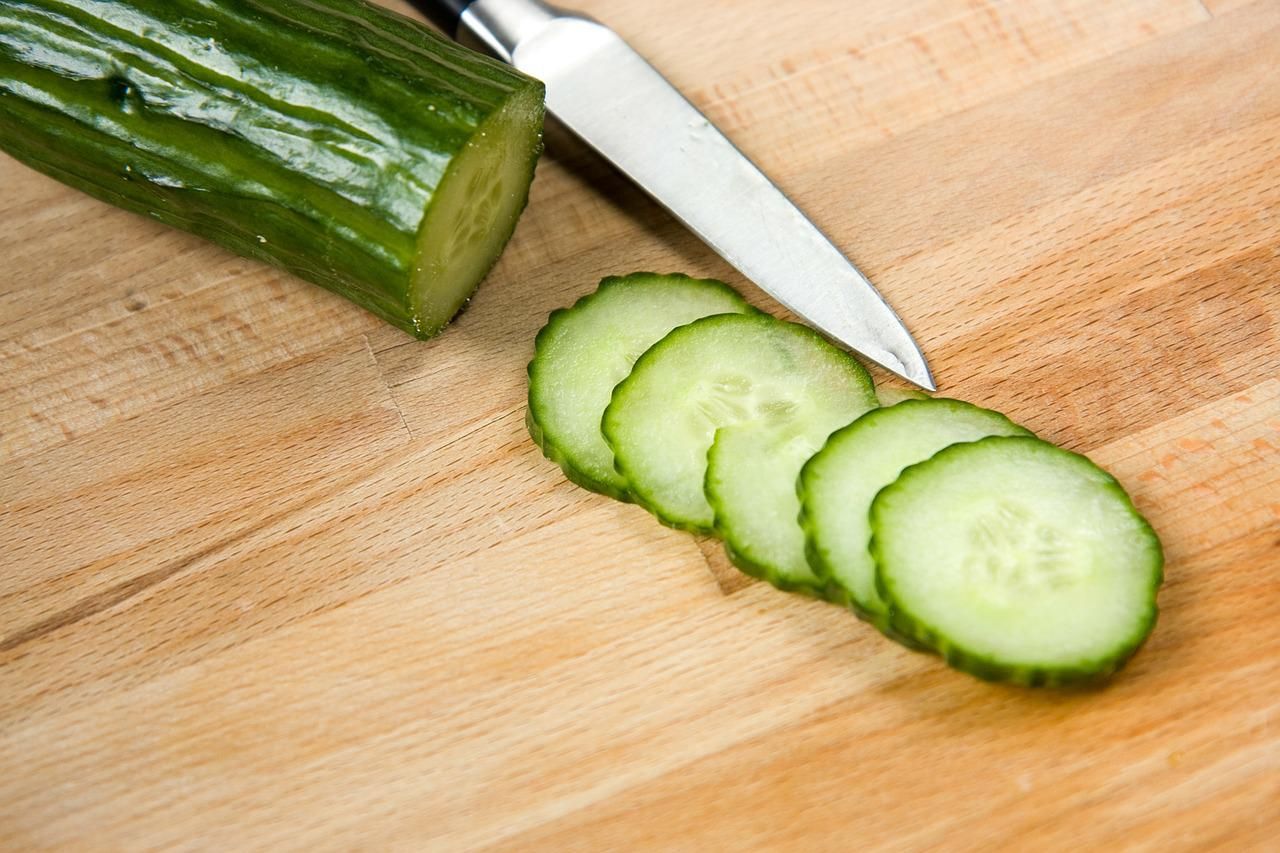 Ants, strangely enough, have an aversion to cucumber. The bitter vegetable is also effective against silverfish, moths, and mites in the home.

Leave fresh cucumber slices or peels near entry points, but be sure to replace them very frequently, since decomposing matter will only attract more bugs.

Diatomaceous earth is made from fossilized algae, which is then ground into a powder. Food-grade diatomaceous earth is safe for humans, but lethal for insects with an exoskeleton like stink bugs, spiders, earwigs, bed bugs, flies, beetles, and ladybugs, which die of dehydration within 48 hours of exposure. Look for the product in your local hardware or garden store, and sprinkle small amounts in affected areas.

While effective, diatomaceous earth products are processed and packaged, and thus carry a greater environmental impact than items you might already have around the house. 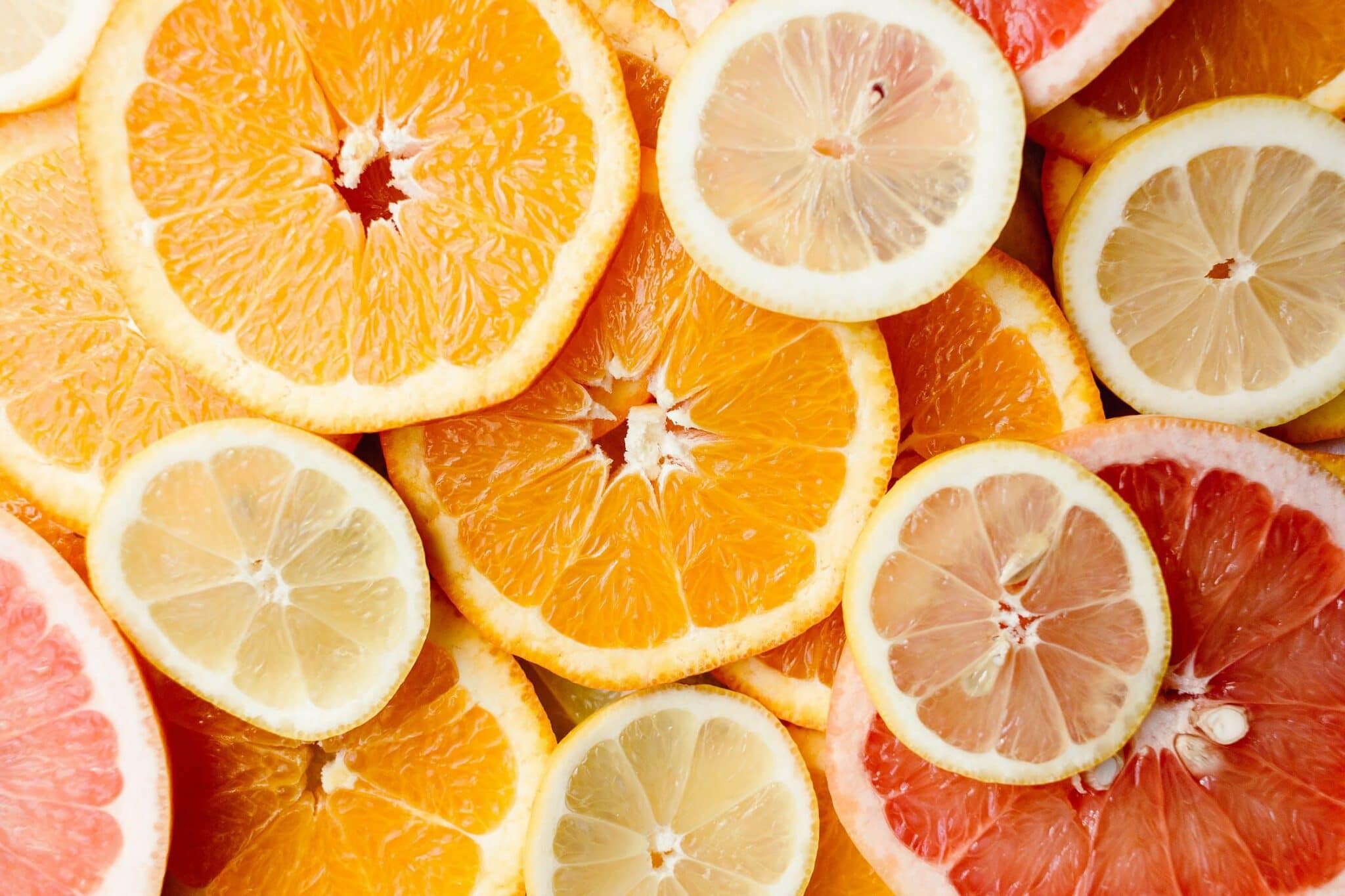 In a spray bottle, mix water with lemon or lime juice (store-bought concentrate works, but try fresh fruits for a waste-free option). Use it to wipe countertops, windowsills, and other areas where bugs tend to congregate, or spray in the air. Or, simply rub the peels on problem areas.

You can also tackle grease and grime in the kitchen at the same time by making your own surface cleaner with vinegar (also an insect deterrent) and lemon. As you use lemons for their juice or zest, add them to a large jar in the refrigerator filled with vinegar, shaking every day. After at least two weeks, remove the lemons and pass the mixture through a towel or piece of cheesecloth to remove any residue. Mix the vinegar-lemon mixture with water in a 1-1 ratio, and store in a spray bottle. The solution is excellent for cleaning countertops, bathroom surfaces, and greasy stovetops, although avoid marble and stone, as the acidic lemon might cause pitting in the surface over time.

Along with cinnamon’s strong scent, the eugenol – a naturally-occurring compound found in cinnamon, cloves, nutmeg, and basil that’s used in many commercial insect repellents – will also keep the bugs away.

To control dust mites, try cinnamon bark oil. Create a 1:1 mixture of water and denatured alcohol, then add a few drops of the oil. Use the spray to deter mites on carpets, bedding, etc.

Sprinkling cinnamon or laying cinnamon sticks (which usually have a stronger scent, especially when microwaved for a few seconds) around the kitchen will also keep ants away. If you can locate their trail, lay a line of cinnamon through it, which they won’t cross. Cinnamon should also protect against earwigs, cockroaches, bed bugs, fruit flies, silverfish, and spiders. 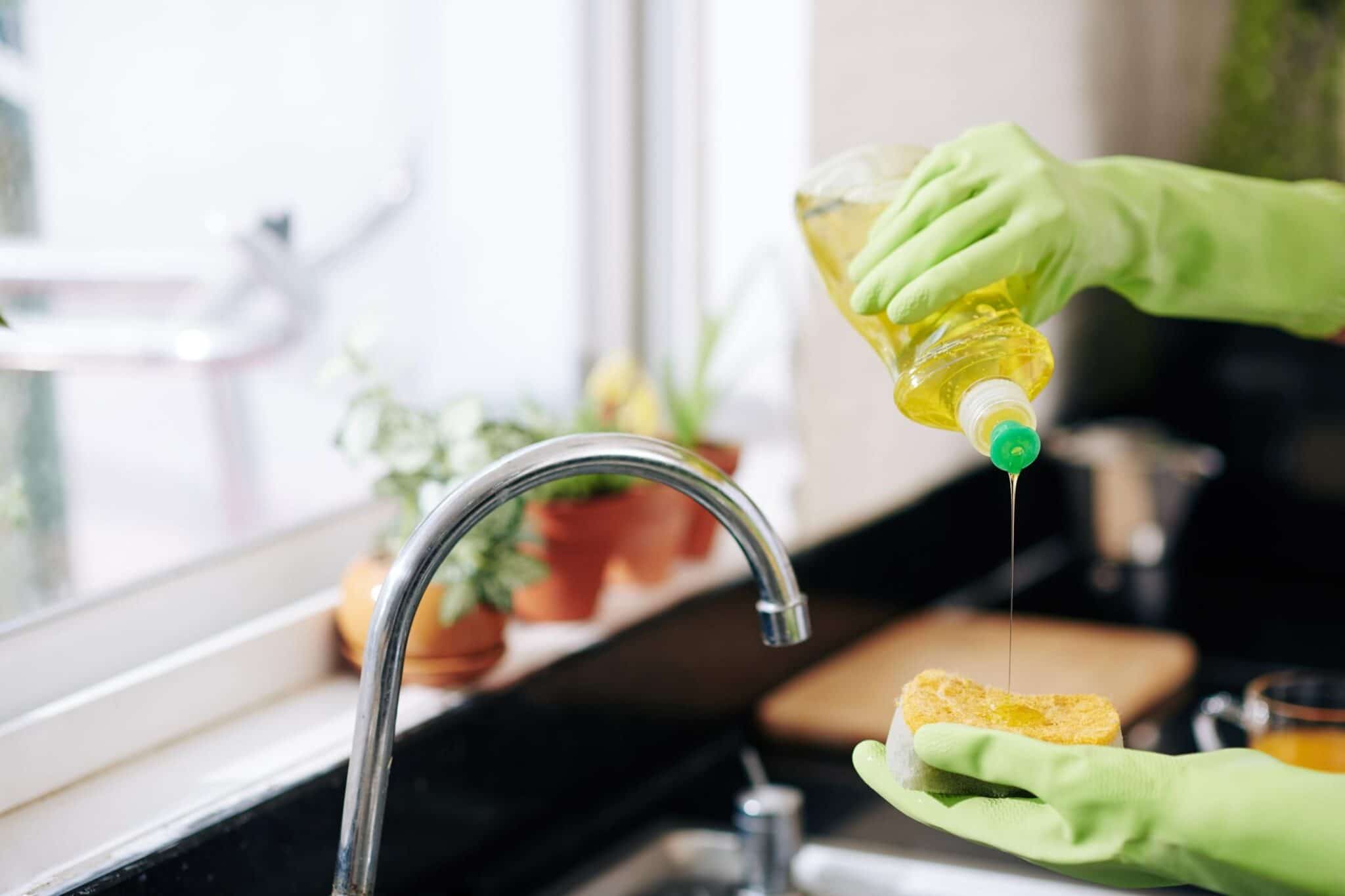 Dish soap isn’t always “natural,” but is less harmful than insecticide and is likely already in your kitchen cabinet, ready to be used.

Combat fruit fly problems in the kitchen with a simple dish soap solution. Instead of deterring the bugs, create a homemade trap by filling a glass or jar three-quarters of the way with vinegar (white or apple cider), then adding 6-8 drops of dishwashing liquid. Fill the rest of the bowl with warm water and set in the affected area. Flies will get trapped in the mixture over time; pour out the bowl periodically and remake.

Ladybugs – another common household pest – tend to gather in groups, and can be combatted with a soapy-water spray. This will kill some of the bugs and the scent will keep them from returning.

Eucalyptus oil both repels and eradicates some household pests. Mix ¼ teaspoon of the aromatic oil with a cup of water, and spray in areas affected by gnats, flies, and ants (or directly on garden plants, if the problem also exists outdoors). Alternatively, apply a few drops eucalyptus oil on a cloth, and leave it in areas with lots of flies.

The oil is often lethal to scale insects like mites and aphids. Combined with water and a small amount of dish detergent, a eucalyptus oil spray can be applied directly to affected indoor and outdoor plants.

While largely safe, eucalyptus can be toxic if ingested in large amounts, and the oil is highly flammable; use with caution and make sure there is proper airflow in rooms sprayed with the oil.

Catnip – a plant that got its name from the cats that are attracted to it – is, surprisingly, more effective at repelling mosquitoes than DEET, according to a 2018 study from Scientific Reports. Growing catnip in the garden is an easy way to keep mosquitos away from your backyard or patio.

Apply catnip oil to surfaces in mosquito-filled areas of the home, or create a spray much like those for lavender and mint. Apply directly to the skin as well if spending time outdoors in a mosquito-laden area.

Perhaps the best way to combat pests is to prevent them from entering the home in the first place.

Consider how to better seal your home against insect invaders. Mice and squirrels often come in through holes in siding or where electrical wires and pipes come in, and insects sometimes hitch a ride on things you bring inside, like firewood. Use weather stripping and caulk to close gaps around doors and windows, inspect baseboards for holes, and install window screens during the warmer months.

Organizing and dusting is very effective at keeping insects from nesting. Spiders and other bugs like hiding in dark, cluttered spaces; clear out cardboard and other debris, and keep your home clean and uncluttered. Also remove any potential breeding areas near/under your home, like piles of mulch, grass clippings, or other yard waste. Wood piles should also be a bit away from the home.

Linnea graduated from Skidmore College in 2019 with a Bachelor’s degree in English and Environmental Studies, and now lives in Brooklyn, New York. Most recently, Linnea worked at Hunger Free America, and has interned with WHYY in Philadelphia, Saratoga Living Magazine, and the Sierra Club in Washington, DC.

Linnea enjoys hiking and spending time outdoors, reading, practicing her German, and volunteering on farms and gardens and for environmental justice efforts in her community. Along with journalism, she is also an essayist and writer of creative nonfiction.