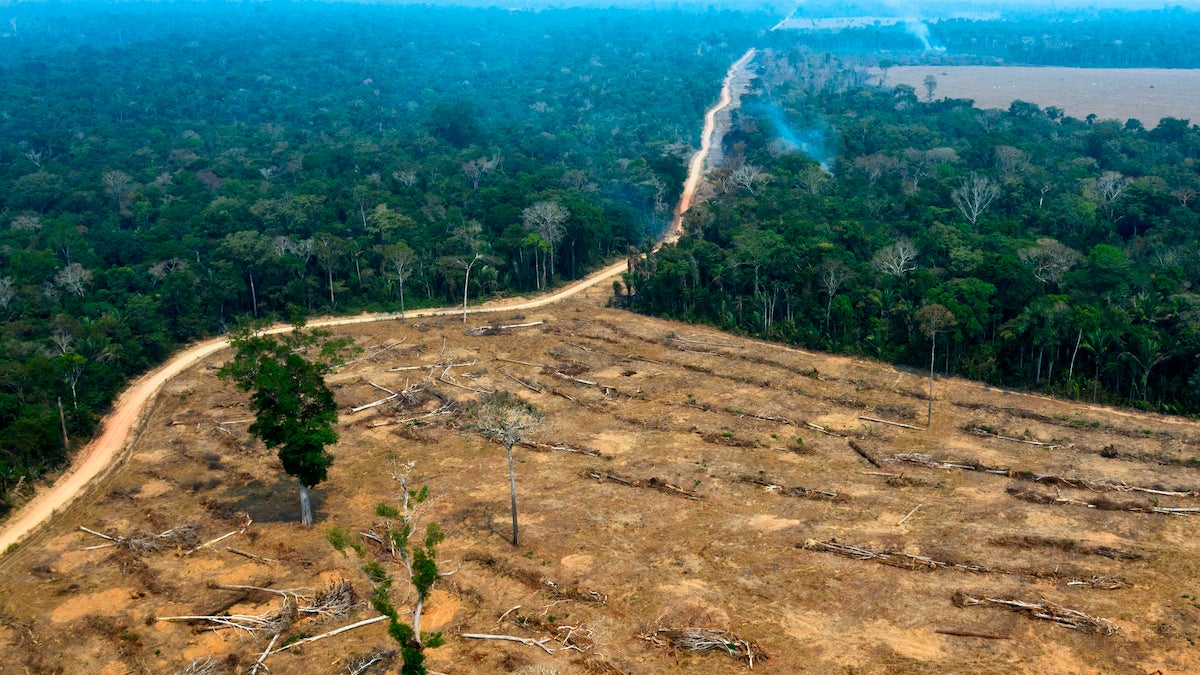 NASA scientists say that warmer than average surface sea temperatures in the North Atlantic raise the concern for a more active hurricane season, as well as for wildfires in the Amazon thousands of miles away, according to Newsweek.

As NASA pointed out in a statement, warm ocean temperatures near the equator draw the water northward. As the water moves away from the Amazon, the landscape becomes drier and more flammable. That means that fires set for agriculture and clearing land have an increased potential to grow out of control. Meanwhile, the additional moisture traveling north aids the development of hurricanes.

“The fire season forecast is consistent with what we saw in 2005 and 2010, when warm Atlantic sea surface temperatures spawned a series of severe hurricanes and triggered record droughts across the southern Amazon that culminated in widespread Amazon forest fires,” said Doug Morton, chief of the Biospheric Sciences Laboratory at NASA’s Goddard Space Flight Center in Greenbelt, Maryland, in the NASA statement.

“Our seasonal fire forecast provides an early indication of fire risk to guide preparations across the region,” Morton, noting that the forecast is most accurate three months before the peak of burning in the southern Amazon in September. “Now, satellite-based estimates of active fires and rainfall will be the best guide to how the 2020 fire season unfolds.”

Their model suggests that the regions that were hardest hit by the 2019 wildfires are at the highest risk again. Furthermore, the depleted resources as South American countries try to combat the COVID-19 crisis will exacerbate the problem by diminishing firefighting and emergency responder capabilities, according to Newsweek.

“You have a perfect storm: drought, the recent increase in deforestation, and new difficulties for firefighting. 2020 is set up to be a dangerous year for fires in the Amazon,” Morton said.

The COVID-19 crisis has also allowed deforestation in the tropics to surge as environmental enforcement has weakened, according to recent report from Conservation International.

“Fire season in the Amazon is influenced by ecological, climatic, social, cultural and economic factors, from sea surface temperatures that influence rainfall in South America, to commodity-driven deforestation and the COVID-19 pandemic,” said Karyn Tabor, senior director of ecological monitoring at Conservation International, in a recent statement. “Some governments have used widespread focus on the pandemic to quietly roll back environmental protections designed to prevent deforestation which in turn fuels the capacity for future fires to take hold.”

Despite the COVID-19 crisis, changing conditions as the climate crisis bears down on the planet is the largest risk for wildfires, along with human activity, according to Yang Chen, Earth scientist at the University of California, Irvine, and co-creator of the Amazon fire season forecast.

“Changes in human fire use, specifically deforestation, add more year-to-year variability in Amazon fires,” Chen said in a NASA statement. “In addition, climate change is likely to make the entire region drier and more flammable – conditions that would allow fires for deforestation or agricultural use to spread into standing Amazon forests.”