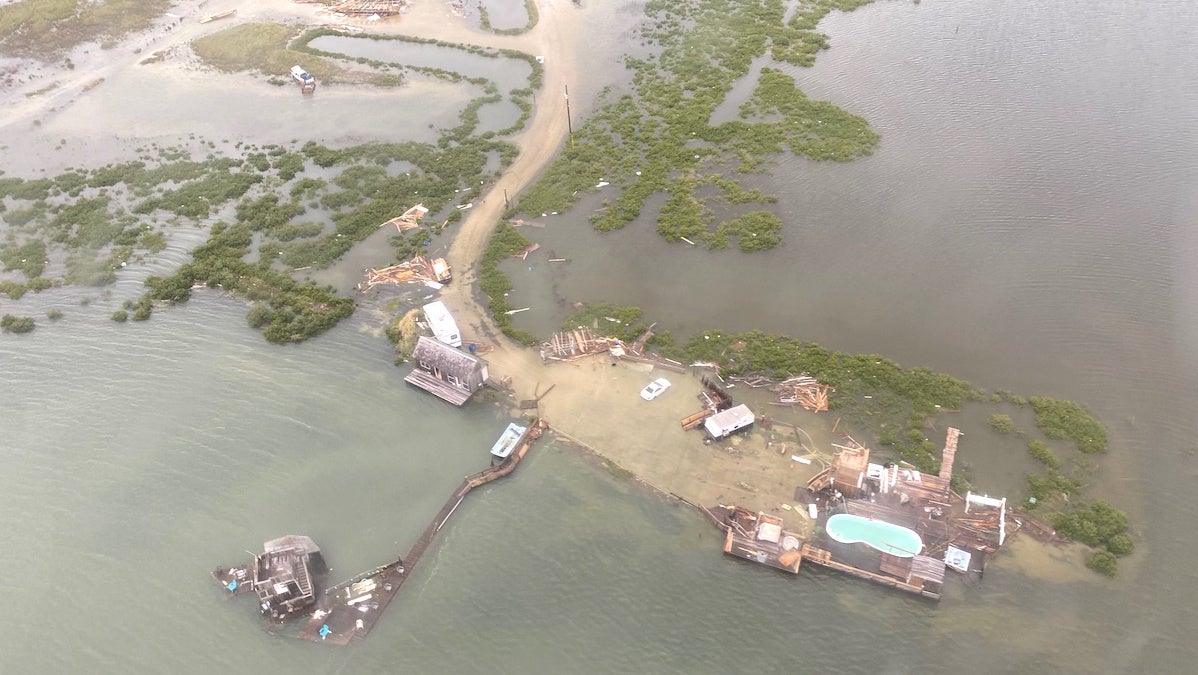 Hurricane Hanna, the first hurricane of the 2020 Atlantic hurricane season, battered the Texas coast on Saturday and Sunday as the state continues to battle the coronavirus pandemic.

Hanna made landfall as a Category 1 storm at 6 p.m. EDT Saturday along the Padre Island National Seashore, around 50 miles south of Corpus Christi, Yale Climate Connections reported. South Texas, including Corpus Christi, has the highest coronavirus hospitalization rate in the country.

“Any hurricane is an enormous challenge. This challenge is complicated and made even more severe, seeing that it is sweeping through an area that is the most challenged area in the state for Covid-19,” Texas Gov. Greg Abbott said on Saturday, as The Independent reported.

Abbott said that, to encourage social distancing, some people would be sheltered in hotel rooms. He also said that the Federal Emergency Management Agency (FEMA) had approved an emergency declaration for the state.

We will keep our local committees safe & help them rebuild.https://t.co/fV2FVVuWuY

Meanwhile, Red Cross Texas Gulf Coast chapter CEO Henry Van De Putte said the organization was working to keep its shelters safe by opening them at reduced capacity, conducting temperature checks on volunteers and evacuees and having a medical worker on hand at each location.

“Yes, coronavirus provides risk, but so does floodwater, so does not having electricity, so does not having required medications,” Van De Putte told The Associated Press, as The Independent reported. “We’re doing everything we can do possible to make it a safe environment.”

Hanna made landfall a second time in Kenedy County, Texas, Reuters reported. By Sunday, it had weakened to a tropical depression. There were no immediate reports of injuries.

In Port Mansfield, winds knocked down sugarcane fields and trees and even tore the roofs off of houses.

That included the home of 75-year-old Sharon Pecce, who was visiting a friend with her husband when the damage occurred.

“You could hear the wind blowing and the rain blowing and you looked outside you could see sheets of water blowing down the street,” Pecce told Reuters. “It’s scary to go through this at my age, a lot could have happened … we could have been killed.”

Wind also knocked over at least three 18-wheeler trucks and a recreational vehicle. Attempts to right the trucks shut down two miles of U.S. Route 77 in Sarita, Texas Sunday.

The storm also brought power outages and heavy rain. At one point, there were more than 283,000 homes and businesses without power, but that number had decreased to 98,000 by Sunday night.

The storm also dumped more than a foot of rain on some parts of South Texas, CNN reported, leading to flooding.

❗️Help is here. A National Guard team equipped with high profile vehicles and boats are in #Mission to assist with water evacuations. Thanks @HidalgoCounty emergency 🚨 management for helping to secure the water rescue reinforcements. 🚚 pic.twitter.com/l0iJKmG0o9

The storm passed over to northeast Mexico Sunday morning and is expected to break up over the mountains there.

#HurricaneHanna approaching Texas. I wouldn't be surprised at a little more strengthening before landfall this afternoon….1st hurricane is usually around August 10th. "H" storm is usually late September……2020 y'all + COVID-19…..Buckle up pic.twitter.com/3urzqzru0E