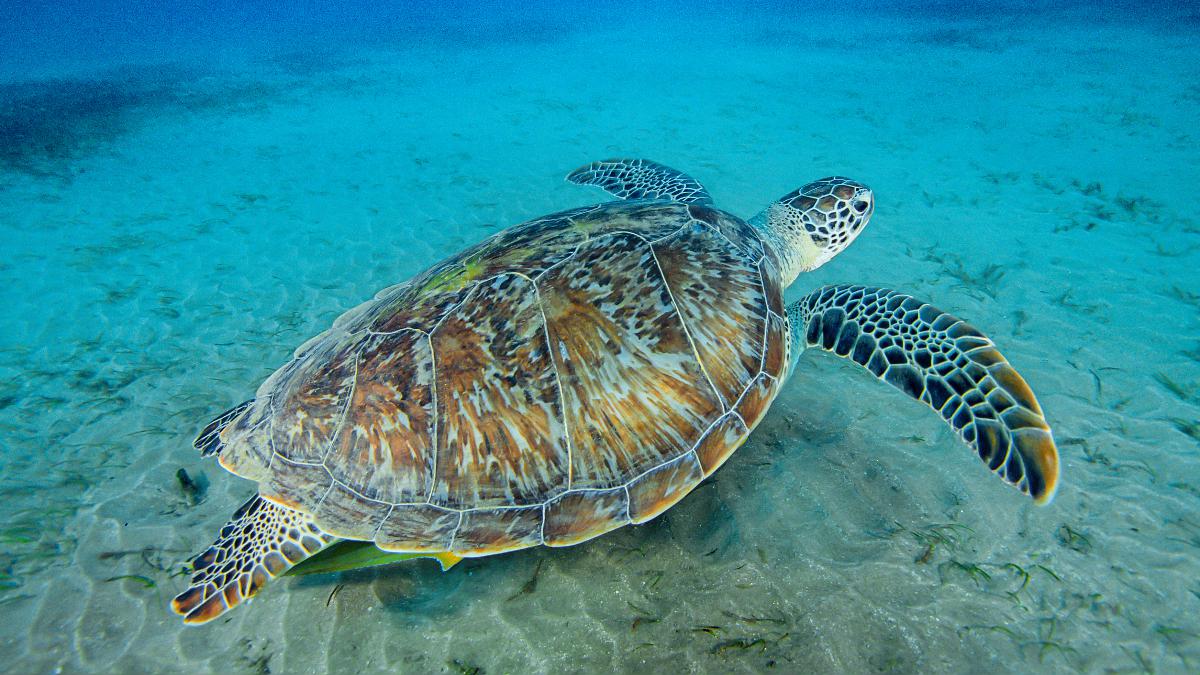 Green sea turtles are one of the marine animals that scientists have observed swimming in circles. Alexis Rosenfeld / Getty Images

Several large marine animals, from sharks to seals to turtles to penguins, have been observed doing something scientists find strange: swimming in circles.

The observations, published in iScience Thursday, raise further questions about why exactly so many ocean animals are moving in a seemingly inefficient way.

“Given that similar circling behavior was observed across a wide variety of marine megafauna taxa, it might be possible that it is a behavioral convergence having similar purposes,” lead author Tomoko Narazaki, from the University of Tokyo, told Gizmodo. “But, for now, the purpose and the function of this behavior remain unknown.”

The behavior was first discovered by accident, as New Scientist explained. Narazaki was studying the navigational abilities of green sea turtles (Chelonia mydas) in the Indian and Pacific oceans. Her team moved the turtles away from their breeding grounds to test their ability to find their way home again, but they noticed something odd. When the turtles were about to approach the waters off of their nesting beaches, they began to circle. One made 76 rotations lasting 16 to 20 seconds each.

At first, Narazaki said, she thought the tracking equipment was broken.

“To be honest, I doubted my eyes when I first saw the data because the turtle circles so constantly, just like a machine!” Narazaki said in a Cell Press release published by Phys.org.

The detailed observation of the turtles’ movements was enabled by a new tracking technology that has made possible a 3D modeling of an animal’s movements down to the meter and the second, as the study explained.

“When I got back in my lab, I reported this interesting discovery to my colleagues who use the same 3D data loggers to study a wide range of marine megafauna taxa,” Narazaki further told Cell Press.

These researchers reported that they also had observed the strange behavior in species from tiger sharks to king penguins to Antarctic fur seals, as Gizmodo reported.

It is more efficient for an animal to swim in a straight line in order to reach its destination, so why is this behavior so common? The researchers have several ideas.

One possibility is that the animals circle in order to forage for food. Four tiger sharks, for example, circled 272 times in their known feeding grounds off Hawaii, the study authors wrote. However, some of the circling behavior seems clearly not related to eating. One male tiger shark circled before approaching a female, according to Gizmodo. However, seals, penguins and Cuvier’s beaked whales all circled near the surface of the water, when normally they feed farther down, according to New Scientist. In addition, fur seals normally circled during the day, while they typically feed at night, Cell Press noted.

It is also possible that some animals circle to help with navigation.

“What surprised me most was that homing turtles undertake circling behavior at seemingly navigationally important locations, such as just before the final approach to their goal,” Narazaki told Cell Press.

It is possible that the circling helps turtles detect magnetic fields, a technique that submarines also use when making geomagnetic observations. Previous research has suggested that turtles are capable of sensing magnetic fields, according to New Scientist.

But for now, the circling ultimately remains another mystery of the ocean.