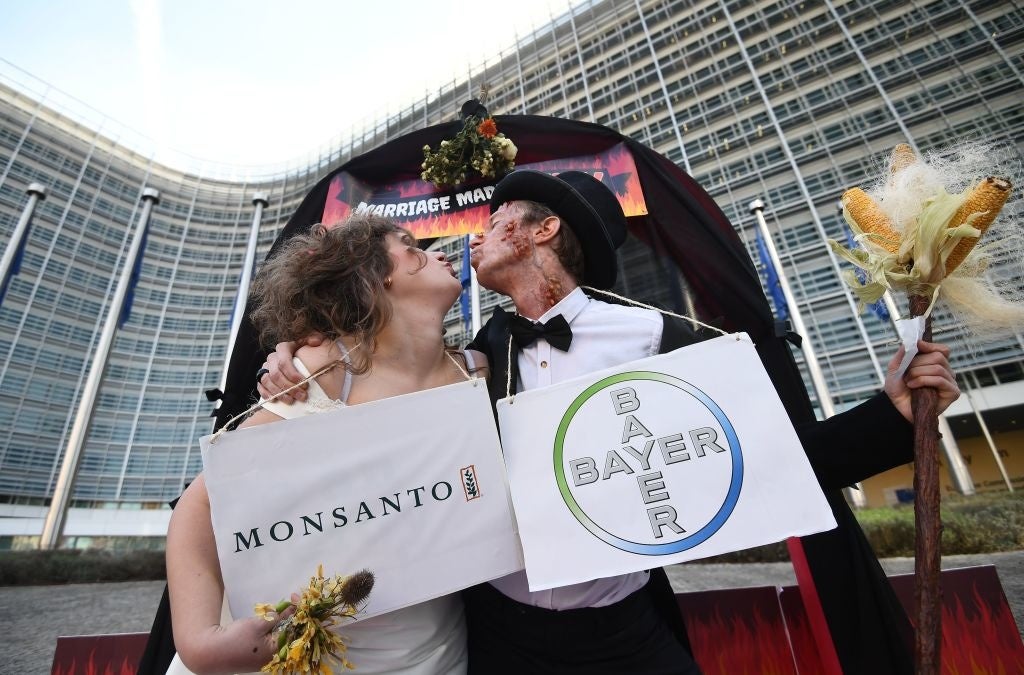 A scientific journal
issued a rare “Expression of Concern” and requested corrections from authors involved in a group of papers that determined Monsanto‘s controversial herbicide glyphosate is safe, Bloomberg reported.

The editor-in-chief and publisher of
Critical Reviews in Toxicology said Wednesday that the five articles, which were published in the journal’s 2016 supplemental issue, failed to adequately disclose ties to the agribusiness giant.

“We have requested corrigenda from the authors to provide additional disclosure as to contributions to the articles,” they said. “To date, we have only received corrigenda for three of the five articles that have been agreed by all authors. We have not received an adequate explanation as to why the necessary level of transparency was not met on first submission.”

Although the articles have been flagged, the scientific findings are unchanged and the title of the supplemental issue remains as, “An Independent Review of the Carcinogenic Potential of Glyphosate.”

“When reading the articles, we recommend that readers take this context into account. We will continue to work to update these articles and ensure full disclosure of all contributions to them,” the editor-in-chief and publisher said.

Their expression of concern has added fuel to claims that Monsanto employees “ghost-wrote” safety reviews of glyphosate and hired academics to put their names on the papers to cover up the cancer risk of its blockbuster product, Roundup.

As noted by the
Center for Biological Diversity in a press release, each of the articles were highly critical of the 2015 finding by the World Health Organization’s International Agency for Research on Cancer (IARC) that glyphosate is a probable human carcinogen.

“It’s deplorable that Monsanto was the puppet master behind the supposedly ‘independent’ reviews of glyphosate’s safety,” said Nathan Donley, a senior scientist at the center, in the press release. “These papers were manufactured as a way to counteract the World Health Organization’s findings on glyphosate’s cancer risks. They could mislead the public in dangerous ways and should be completely retracted.”

Monsanto’s alleged role in the safety reviews of glyphosate was
offered as evidence in a landmark trial that resulted in the company being ordered to pay $289 million to a California groundskeeper who said he developed cancer from exposure to Roundup.

Germany’s Bayer, which acquired Monsanto for $63 billion, is appealing the verdict and is facing roughly 9,500 plaintiffs in the U.S. who say exposure to glyphosate causes cancer, Bloomberg reported.

In October 2017, the Center for Biological Diversity and three other national environmental health groups sent a letter to the publisher of Critical Reviews in Toxicology demanding a retraction of the articles at question.

It should not have taken a year and multiple protests and calls for honesty to get the editors at CRT to act – Here is the piece @Nathan_Donley and I wrote about the journal sitting on this issue. https://t.co/27tzIienLp https://t.co/YNPPnSaa8i

The journal requires disclosure of any potential author conflicts. But according to the Center for Biological Diversity’s press release, the Declaration of Interest statement that was originally published with the papers:

Monsanto spokesman Sam Murphy told Bloomberg an email that the articles at issue are “a small part of an extensive body of research” showing the herbicide is safe.

Further, he said the company’s influence on the papers was “non-substantive” such as providing formatting assistance and giving a history of regulatory overview, according to Bloomberg.