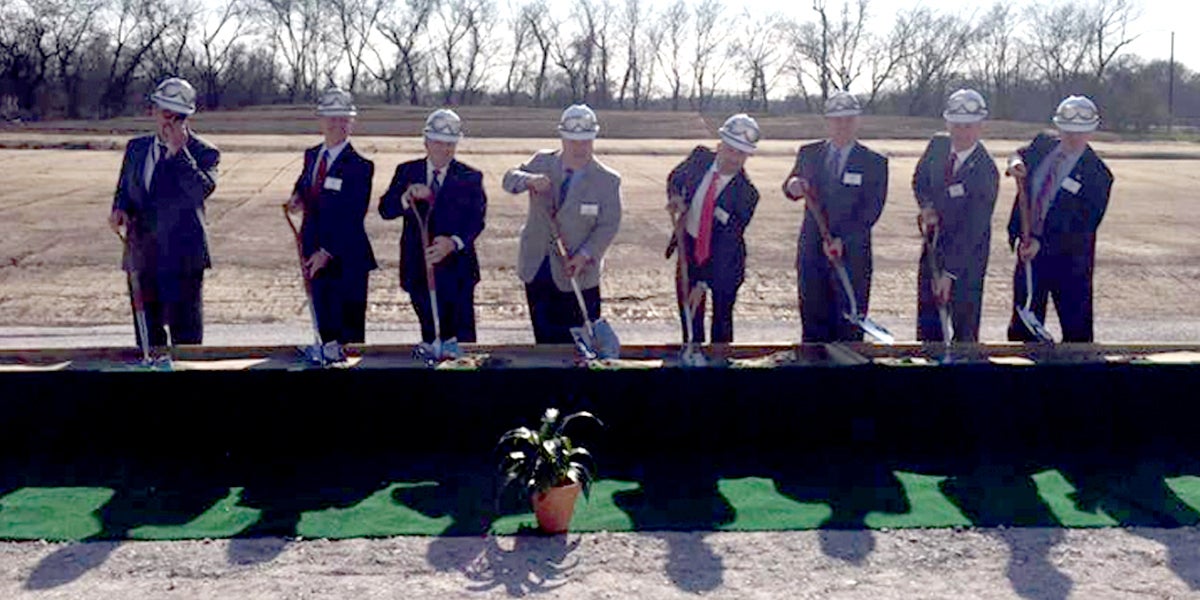 Monsanto has officially broken ground on a $975 million expansion to its Luling plant in St. Charles Parish, Louisiana. The facility will manufacture dicamba, a controversial herbicide used in the company’s new XtendiMax weedkiller for GMO soybeans and cotton.

Despite the company’s promise to bring 120 new full-time jobs to the area, it seems many locals are unhappy with the project.

Angry online comments have flooded the Times-Picayune’s coverage of the Feb. 3 groundbreaking. The newspaper’s Facebook post of the story has garnered 433 shares and 114 comments so far, with many people criticizing the new plant as well as the company itself.

“Diacamba [sic] is bad. California just won the right to label Roundup as cancer causing,” a newspaper reader commented. “So excited for Cancer Alley to grow.”

Indeed, California could become the first state to require Monsanto to label its glyphosate-based herbicide, Roundup, as a possible carcinogen following a judge’s tentative ruling on Jan. 27. Monsanto opposes the ruling, saying its top-selling product is safe.


But Monsanto’s $975 million investment on dicamba represents a major shift from its “bread-and-butter glyphosate herbicide business,” as Reuters noted. Glyphosate, the world’s most widely applied herbicide, has faced intense backlash ever since the World Health Organization’s cancer research arm linked the compound to cancer in March 2015.

The other major problem with glyphosate is the proliferation of “superweeds” that have grown resistant to the herbicide. Monsanto’s new XtendiMax weedkiller, a combination of dicamba and glyphosate, is designed to address the problem.

Many health and environmental advocates, however, are worried that the company’s new focus on dicamba will just put the world on another pesticide treadmill and create stronger weeds.

Dicamba was at the center of major controversy in the agricultural space last summer. Monsanto was criticized for selling its dicamba-tolerant cotton and soybeans to farmers for several growing seasons before gaining federal approval for the pesticide that goes along with it.

The U.S. Environmental Protection Agency (EPA) only approved the XtendiMax formulation in November. The EPA’s delayed approval led to farmers illegally spraying older versions of highly volatile dicamba on their crops last summer, sparking a massive swath of complaints from farmers who saw crop damage from the herbicide drifting onto their fields.

Damage was reported across 10 states on a number of non-target crops such as peaches, tomatoes, cantaloupes, watermelons, rice, cotton, peas, peanuts, alfalfa and soybeans, the EPA said.

XtendiMax is said to be less drift-prone than older versions of dicamba. Monsanto has also given farmers specific instructions for its application. The company has high hopes for its new product, projecting that the XtendiMax system will be utilized on about 15 million soybean acres and 3 million cotton acres in 2017.

“Monsanto is committing to a nearly billion dollar Dicamba expansion where a new tool to fight invasive species/pests will be produced,” Mike Strain, Louisiana’s commissioner of Agriculture and Forestry, said after the groundbreaking ceremony last week.

“This herbicide should greatly benefit our Ag producers. The expansion will also bring approximately 1000 construction jobs to St. Charles Parish and about 100 new direct jobs to the area.”

The new facility in Luling is expected to be completed in 2019.