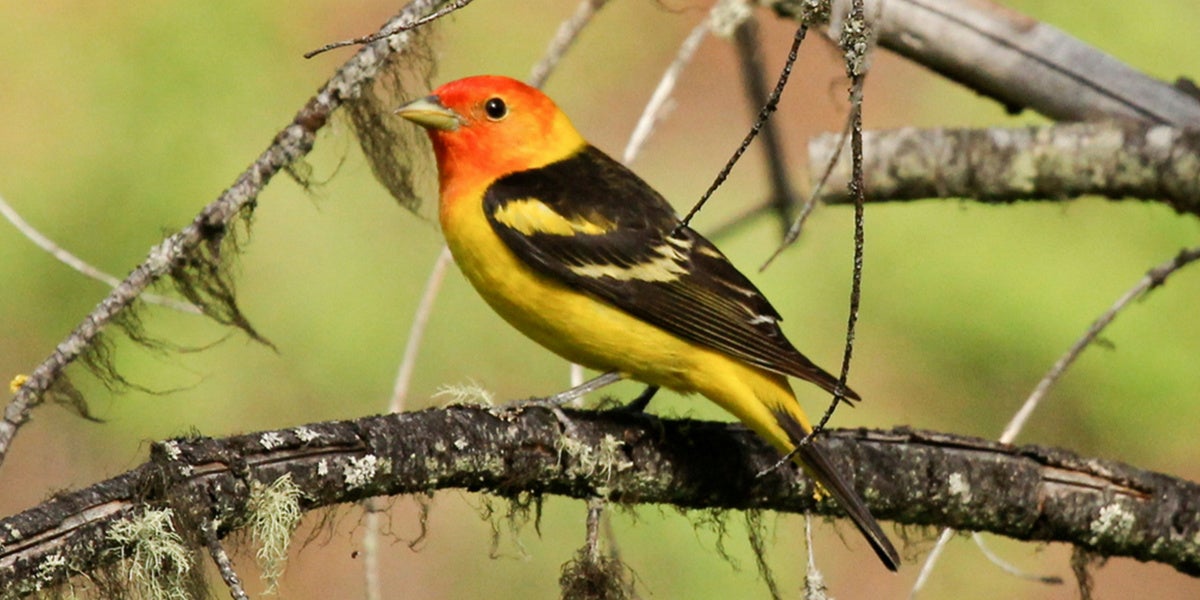 Right now, more than a 150 species of birds are on their way northward from tropical wintering grounds to take advantage of emerging insects, budding plants and an abundance of nesting locations. While larger birds tend to travel during daylight hours, songbirds and smaller species fly at night and will stop off and stick around for a day to eat and build up fat stores before continuing their journey. The best time to see and hear them in your yard is the first two hours after the sun rises!

Here are five of our favorites:

Most magnolia warblers are on their way to Canada, but a small percentage nest in the boreal forests in the northernmost states, from Minnesota to Maine. You can spot the males by their bright yellow feathers with patches and streaks of black on their undersides contrasted by a combination of black and white on their top half! 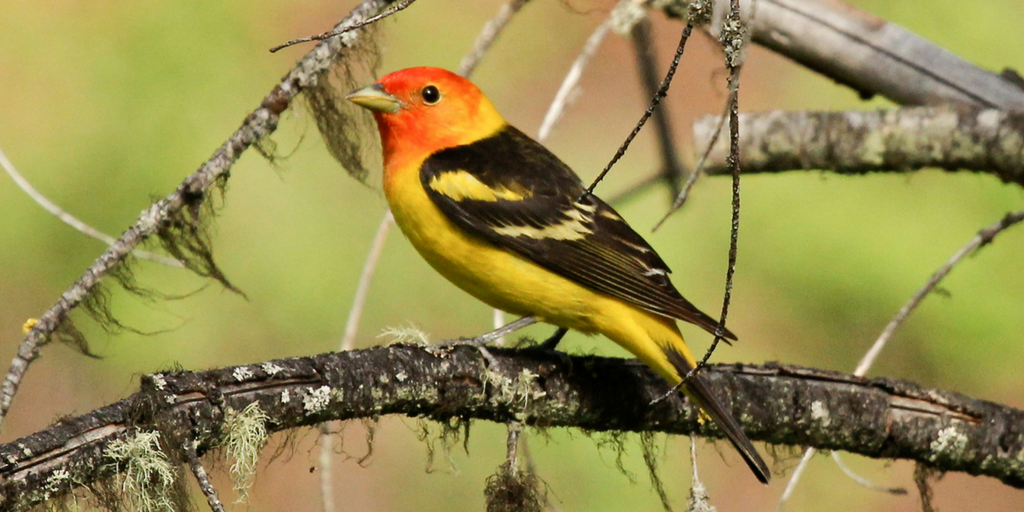 Birders often describe the male Western tanager as looking like a flame – with a bright orange-red head, yellow body and coal colored wings, back and tail. Many western tanagers are making their way now to breed in Canada’s chilly Northwest Territories, and will then return to their summer habitat that includes our western pine forests. 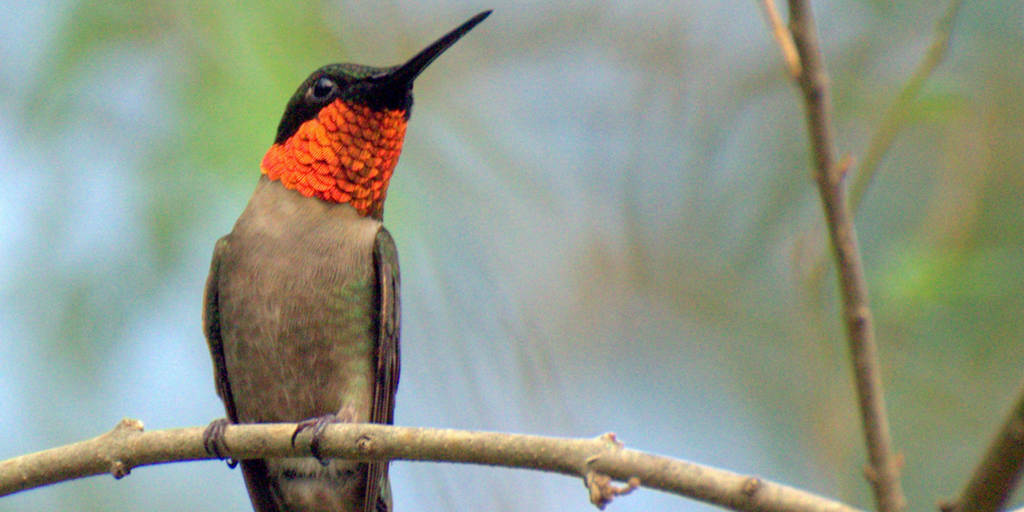 Some of these little birds undertake an arduous trip during spring migration, flying up to 600 miles nonstop across the Gulf of Mexico. Ruby-throated hummingbirds nest from the southern U.S. up into Canada and winter as far south as Panama. 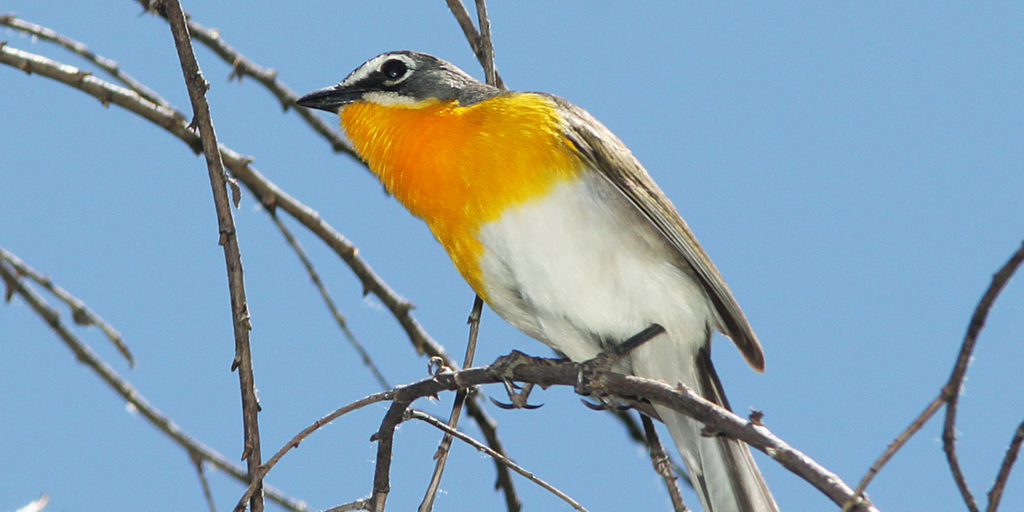 The yellow-breasted chat is large for a songbird and its stream of whistles, cackles and hoots is often likened to improvisational jazz. This long distance migrant travels singly or in small groups during evening hours. 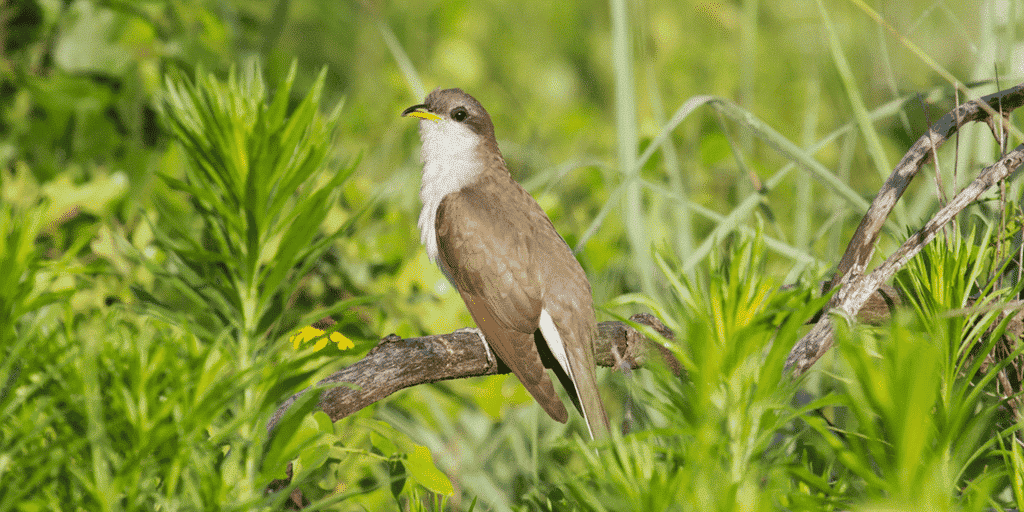 Help keep these amazing migratory birds safe! Tell President Trump to uphold the Migratory Bird Treaty Act that has protected vulnerable birds for 100 years from intentional and preventable harm, such as oil spills in coastal waters, poorly placed transmission lines, and other actions that result in bird deaths.