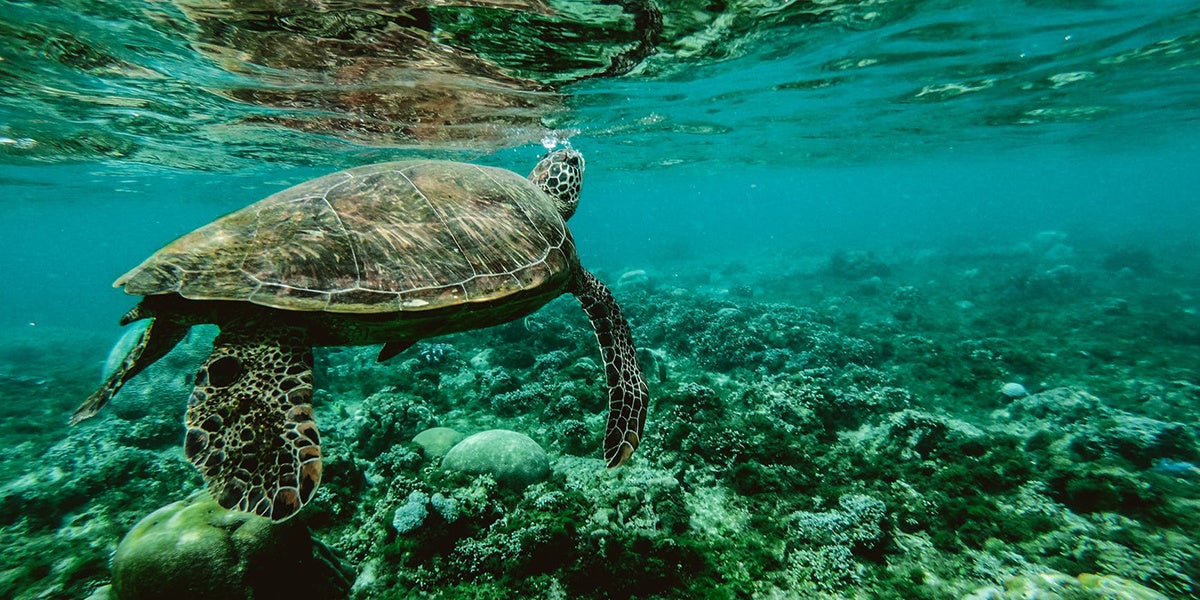 Have you ever considered that small pieces of plastic less than 5 millimeters long, or smaller than a pencil eraser head, called microplastics, can affect large marine vertebrates like sea turtles?

My research team first discovered this disturbing fact when we started to quantify the amount and type of microplastic at loggerhead nesting grounds in the northern Gulf of Mexico, between St. Joseph State Park and Alligator Point in Florida.

Microplastics, which are created by the breakdown of larger plastic pieces into smaller ones, or manufactured as microbeads or fibers for consumer products, can change the composition of sandy beaches where marine turtles nest. Marine turtles, which are listed under the Endangered Species Act, lay their eggs in coastal areas, and the environment in which their eggs incubate can influence hatching success, the gender and size of hatchlings.

In particular, the sex of marine turtle eggs is determined by the sand temperature during egg incubation. Warmer sand produces more females and cooler sand, more males. Temperatures between approximately 24-29.5 degrees C produce males and above 29.5 to 34 degrees C, females. Since plastics warm up when exposed to heat, when combined with sand, microplastics may increase the sand temperature, especially if the pigment of the plastic is dark. This could potentially affect the nesting environment of marine turtles, biasing the sex ratio of turtles toward producing only females and affecting the future reproductive success of the species.

Coastal areas and consequently marine turtle nesting environment exposed to microplastic may also be harmed by toxic chemicals that leach out of the microplastics when they are heated.

Given the potential impacts of microplastic on marine turtle incubating environment, we did a study to determine the microplastic exposure of the 10 most important nesting sites in Florida for the Northern Gulf of Mexico loggerhead subpopulation. Microplastic was found at all nesting sites, with the majority of pieces located at the dunes, the primary site where turtles nest.

We took several samples of sand at each nesting site during the Northern Hemisphere summer months, May to August, which is when turtles are nesting in the region.

Regardless of the implications, it is important to consider that any alteration to our natural environment may be detrimental to species that rely on then. The good news is that there are several easy ways to reduce microplastic.

The research was conducted by undergraduate student Valencia Beckwith and Mariana Fuentes.