Can the Mediterranean Diet Protect You Against Air Pollution Health Risks? 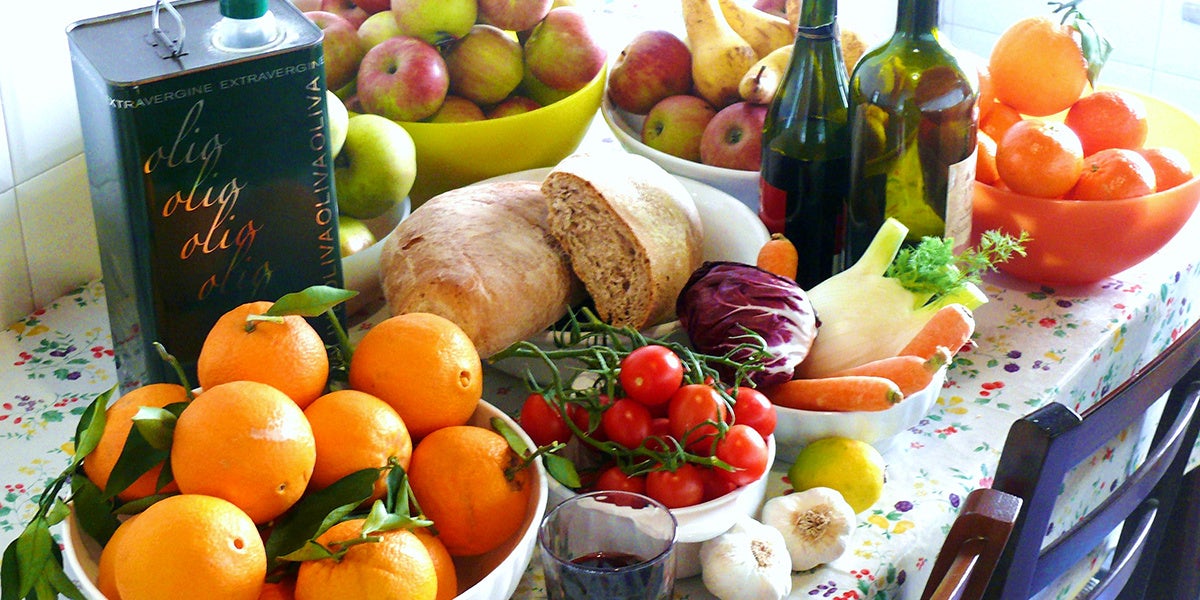 Air pollution is a serious and growing public health concern. Ninety-five percent of the Earth’s population breathes unsafe air, and scientists are discovering more and more health risks associated with doing so.

However, since the solution to air pollution depends on political decisions and technological innovation, it is hard for individuals to know how to protect themselves. Until now. A new study has found that eating a Mediterranean diet might limit the long-term health impacts of certain types of deadly air pollution, Time reported Monday.

Researchers at the New York University (NYU) School of Medicine compared the health outcomes for almost 550,000 Americans near the age of 62 over 17 years based on their exposure to particulate matter, nitrous oxide and ozone and how closely their eating habits matched the Mediterranean diet of fruits, vegetables, fish, poultry, legumes, whole grains and olive oil. They found that Mediterranean-type eaters were less likely than others to die after exposure to particulate matter and nitrous oxide.

The findings were presented at the American Thoracic Society 2018 International Conference taking place from May 18 to 23 in San Diego.

“[A]doption of a Mediterranean diet has the potential to reduce the effects of air pollution in a substantial population in the United States,” senior study author George Thurston said in a press release published by ScienceDaily.

Thurston explained that the Mediterranean diet is high in antioxidants, so the findings backed the hypothesis that air pollution harms human health by increasing inflammation.

“Given the benefits we found of a diet high in anti-oxidants, our results are consistent with the hypothesis that particle air pollution caused by fossil fuel combustion adversely affects health by inducing oxidative stress and inflammation,” he said.

The study builds on previous research indicating that an antioxidant rich diet can mitigate the health impacts of short-term exposure to air pollution.

“What we did not know was whether diet can influence the association between long-term air pollution exposure and health effects,” NYU School of Medicine doctoral student Chris C. Lim said in the press release.

They found that, for those who did not stick to a Mediterranean diet, deaths overall increased by 5 percent for every 10 parts per billion (ppb) increase in long-term nitrous oxide exposure, compared to 2 percent for those who followed the diet most strictly.

When it came to cardiovascular disease deaths, those increased by 10 percent per 10 ppb increase in nitrous oxide exposure for those who least followed the diet compared to two percent for those who most followed it.

While Time pointed out that more research needs to be done before it is assured that a dietary change can provide a bulwark against air pollution, you won’t hurt your health, or your taste buds, by switching to a Mediterranean diet just in case.