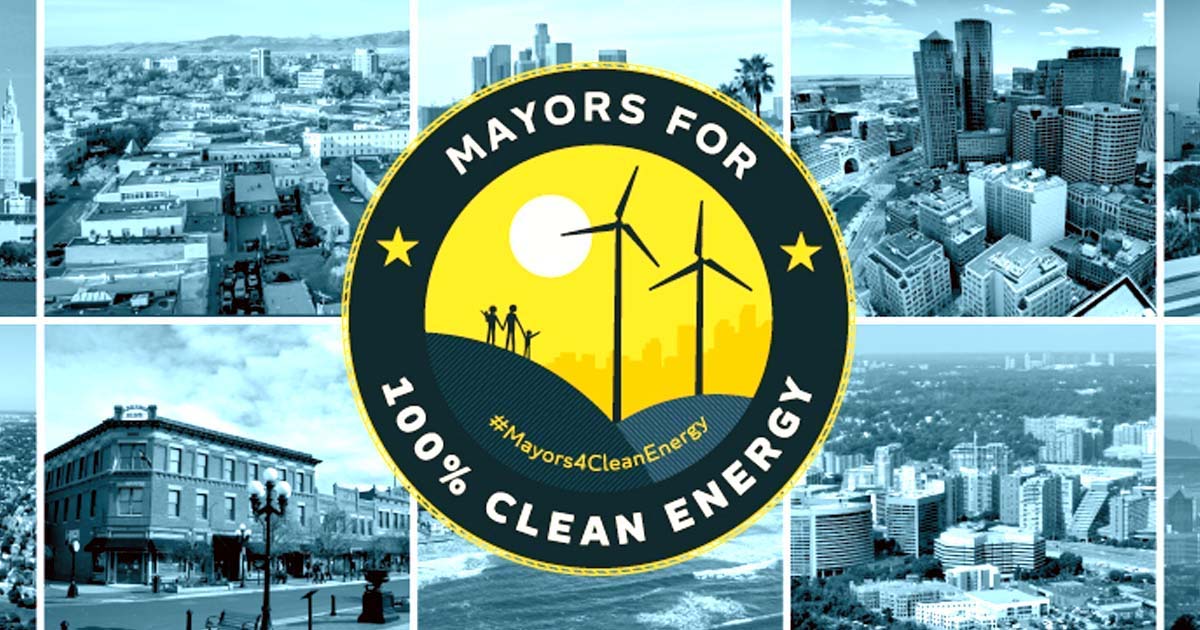 The Sierra Club released a new analysis Friday that found that transitioning all 1,400+ U.S. Conference of Mayors member-cities to 100 percent clean and renewable electricity will significantly reduce electric sector carbon pollution nationwide and help the U.S. towards meeting the goals of the Paris climate agreement.

According to the Sierra Club analysis, if cities belonging to the U.S. Conference of Mayors were to move to 100 percent clean and renewable electricity, it would reduce electric sector carbon emissions by more than that of the five worst carbon polluting U.S. states combined. If the 100 percent energy targets were achieved by 2025, the total electric sector carbon pollution reductions would fill anywhere from 87 percent to 110 percent of the remaining reductions the U.S. would need to achieve in order to meet the goals of the Paris agreement.

The analysis of National Renewable Energy Laboratory and Energy Information Administration data comes before the start of the U.S. Conference of Mayors annual meeting in Miami Beach, from June 23-26, where members will consider a resolution that would establish support for the goal of 100 percent clean, renewable energy in cities nationwide.

In addition, the Sierra Club’s Ready for 100 campaign and the co-chairs of Mayors for 100% Clean Energy announced Friday that 118 mayors across the country have endorsed a goal of powering their communities with 100 percent clean, renewable energy such as wind and solar.

“It’s up to us as leaders to creatively implement clean energy solutions for our cities across the nation. It’s not merely an option now; it’s imperative,” said Mayor Benjamin. “Cities and mayors can lead the transition away from fossil fuels to 100 percent clean and renewable energy.”

Salt Lake City recently released its Climate Positive 2040 plan which details the specific steps and policies the city will pursue with Rocky Mountain Power to achieve the goal of 100 percent clean, renewable energy by 2032.

Thirty-six cities across the U.S. have now committed to transition to 100 percent clean and renewable energy. This growing list of cities most recently includes Columbia, South Carolina, which this week unanimously voted to transition entirely to clean, renewable energy by 2036. Other cities including Los Angeles and Denver are studying pathways to 100 percent clean energy.

“We can’t ignore climate change because climate change is not ignoring us,” said Mayor Biskupski. “Cities must adapt to cope with the threats of climate change, and that’s also why we must take action to mitigate them. Salt Lake City has set the ambitious but achievable goals of generating 100 percent of the community’s electricity supply from renewable energy by 2032, followed by an 80 percent reduction in community greenhouse gas emissions by 2040. We are taking action to achieve these goals and I am honored to join mayors from across our nation to lead the transition to clean, renewable energy.”