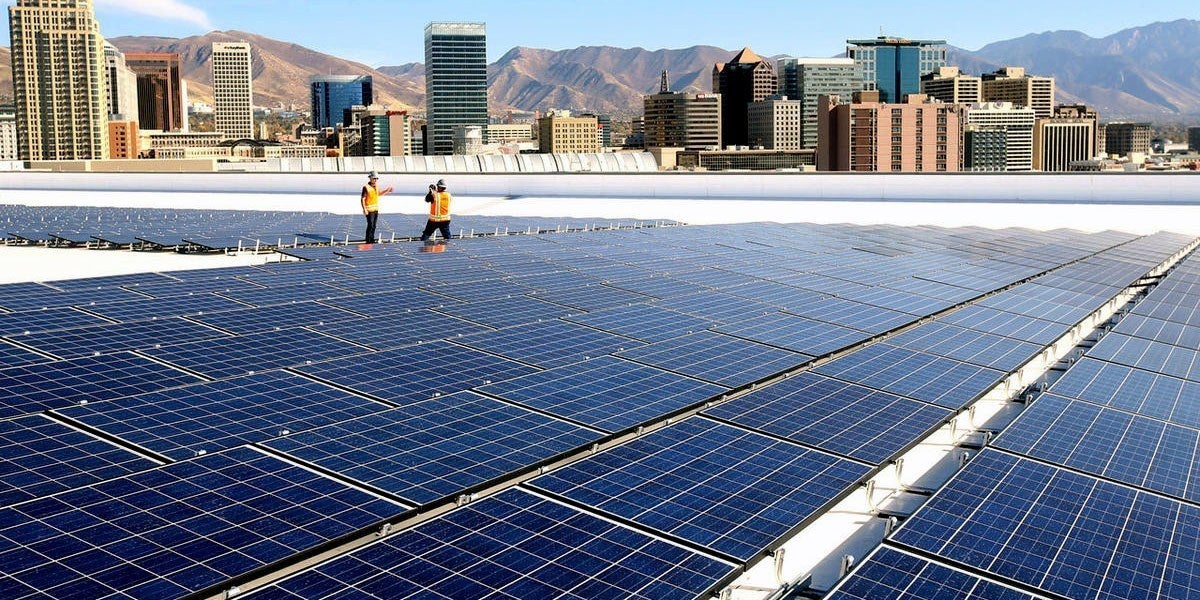 Madison and Abita Springs are the first cities in Wisconsin and Louisiana to make this commitment. They join 23 other cities across the United States—from large ones like San Diego, California and Salt Lake City, Utah to smaller ones like Georgetown, Texas and Greensburg, Kansas—that have declared similar goals.

Madison is the biggest city in the Midwest to establish 100 percent renewable energy and net-zero carbon emissions. The Madison Common Council unanimously approved a resolution to allocate $250,000 to develop a plan by January 18, 2018 that includes target dates for reaching these goals, interim milestones, budget estimates and estimated financial impacts.

Madison Common Council Alder Zach Wood said that his city is determined to “lead the way in moving beyond fossil fuels that threaten our health and environment.”

After a unanimous vote, Abita Springs is aiming to derive 100 percent of the town’s electricity from renewable energy sources by December 31, 2030.

The Sierra Club noted that Tuesday’s votes from the politically polar municipalities reflect the growing bipartisan support for alternative energy development. To illustrate, during the November election, more than 70 percent of Madison voters supported Hillary Clinton versus the 75 percent of voters in St. Tammany Parish, where Abita Springs is located, who supported Donald Trump.But as Abita Springs’ Republican mayor Greg Lemons said, “Transitioning to 100 percent renewable energy is a practical decision we’re making for our environment, our economy and for what our constituents want in Abita Springs.”

“Politics has nothing to do with it for me. Clean energy just makes good economic sense,” Lemons added.

“In a state dominated by oil interests, Abita Springs is a unique community that can be a leader on the path to renewable energy,” she said. “Our town already boasts the solar-powered Abita Brewery and we can see first-hand how clean energy benefits our businesses and our entire community. By transitioning to 100 percent renewable energy, we will save money on our utility bills and protect our legendary water and clean air in the process.”

“Whether you’re Republican or a Democrat, from a liberal college city or a rural Louisiana town, clean energy is putting America back to work and benefiting communities across the country,” Jodie Van Horn, director of the Sierra Club’s Ready for 100 campaign, said. “That’s why Madison, Wisconsin and Abita Springs, Louisiana, today join the ranks of 23 other cities and towns across the United States that are going all-in on clean, renewable energy.”

“As the Trump Administration turns its back on clean air and clean water, cities and local leaders will continue to step up to lead the transition towards healthy communities and a more vibrant economy powered by renewable energy,” she said.

The Solutions Project, which aims to make clean energy accessible and affordable for all, is advocating for towns, cities, states and even the whole country to convert its energy infrastructure to renewables.

The Solutions Project team published a study and roadmap that illustrates how each U.S. state can replace fossil fuels by tapping into the renewable resources they have available, such as wind, solar, geothermal, hydroelectric, as well as small amounts of tidal and wave power.