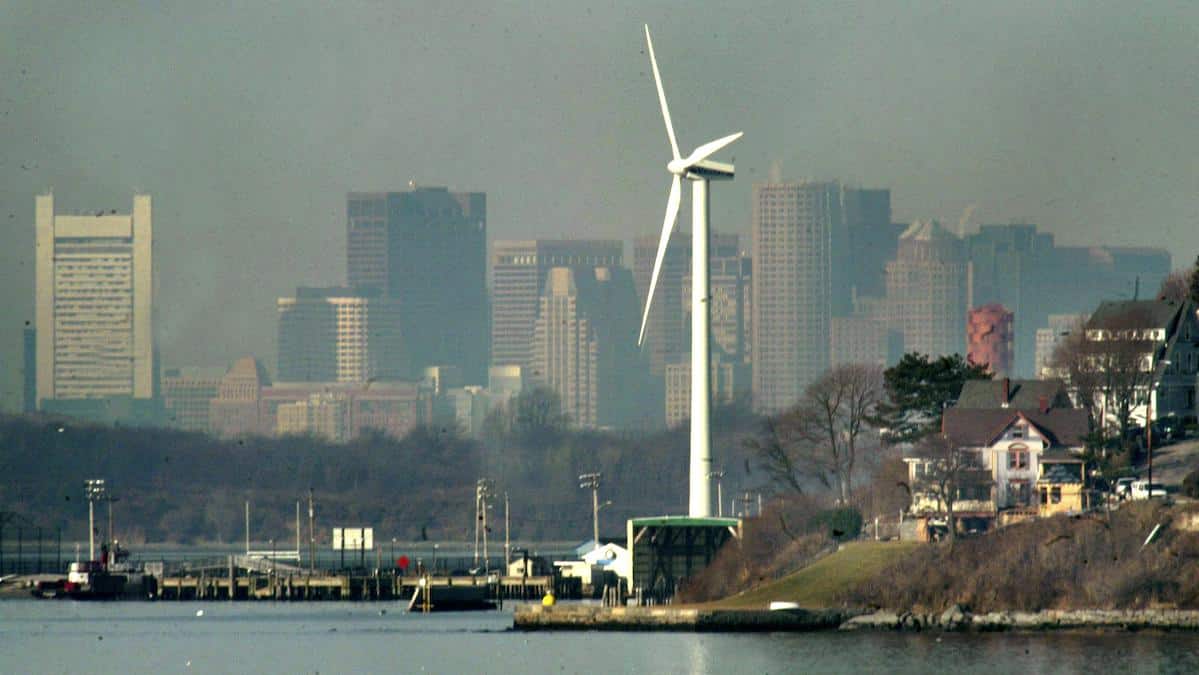 A wind turbine on the tip of Hull, Massachusetts, with the Boston skyline in the distance on Dec. 28, 2005. Tom Herde / The Boston Globe via Getty Images

The bill passed by 38-2 vote in the State Senate and in the House 145-9, but Baker has not committed to signing the bill and could use a pocket veto to let it die following the conclusion of the legislative session overnight. In addition to mandating net-zero greenhouse gas pollution by 2050, the legislation would also boost offshore wind energy and codify the definition of “environmental justice populations.”

It would increase fines for pipeline safety violations, following a deadly series of explosions in late 2018. The bill’s passage follows Gov. Baker’s release of plans to eliminate greenhouse gas pollution by 2050, ban the sale of new internal combustion cars by 2035, and electrify heating in 1 million homes.

The focus on pipeline safety follows the series of explosions in Lawrence, Andover and North Andover in September 2018 that killed one person, injured almost two dozen and damaged more than 100 buildings. Federal investigators blamed the explosions on overpressurized gas lines.