13 Ways to Lower Your Triglycerides 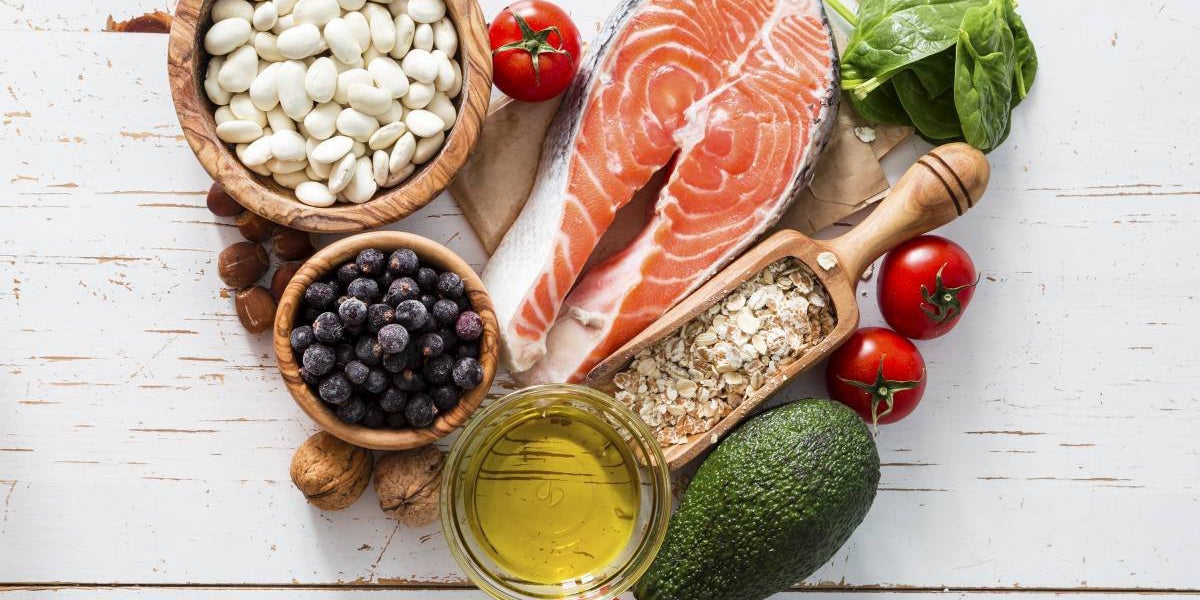 Triglycerides are a type of fat found in your blood.

After you eat, your body converts the calories that you don’t need into triglycerides and stores them in your fat cells to be used for energy later.

While you do need triglycerides to supply your body with energy, having too many triglycerides in your blood can increase your risk of heart disease (1).

About 25 percent of adults in the U.S. have elevated blood triglycerides, which is classified as having levels over 200 mg/dL (2.26 mmol/L). Obesity, uncontrolled diabetes, regular alcohol use and a high-calorie diet can all contribute to high blood triglyceride levels.

This article explores 13 ways to naturally reduce your blood triglycerides.

Whenever you eat more calories than you need, your body turns those calories into triglycerides and stores them in fat cells.

That’s why losing weight is an effective way to lower your blood triglyceride levels.

In fact, research has shown that losing even a modest 5–10 percent of your body weight can decrease blood triglycerides by 40 mg/dL (0.45 mmol/L) (2).

While the goal is to sustain weight loss in the long term, studies have found that weight loss can have a lasting effect on blood triglyceride levels, even if you regain some of the weight.

One study focused on participants who had dropped out of a weight management program. Even though they had regained the weight they had lost nine months before, their blood triglyceride levels remained 24–26 percent lower (3).

Summary: Losing at least 5 percent of your body weight has been shown to have a lasting effect on reducing blood triglyceride levels.

Added sugar is a big part of many people’s diets.

While the American Heart Association recommends consuming no more than 6–9 teaspoons of added sugar per day, in 2008 the average American was eating about 19 teaspoons daily (4).

Extra sugar in your diet is turned into triglycerides, which can lead to an increase in blood triglyceride levels, along with other heart disease risk factors.

Another study found that consuming added sugar is associated with higher blood triglyceride levels in children (6).

Luckily, several studies have shown that diets low in carbs and added sugar can lead to a decrease in blood triglycerides (7, 8, 9).

Even replacing sugar-sweetened beverages with water could decrease triglycerides by almost 29 mg/dL (0.33 mmol/L) (10).

Much like added sugar, extra carbs in your diet are converted into triglycerides and stored in fat cells.

Not surprisingly, low-carb diets have been linked to lower blood triglyceride levels.

One 2006 study looked at how various carb intakes affected triglycerides.

Another study looked at the effects of low and high-carb diets over a one-year period. Not only did the low-carb group lose more weight, but they also had greater reductions in blood triglycerides (7).

Summary: Following a low-carb diet can lead to a significant reduction in blood triglyceride levels, especially when compared to a low-fat diet.

Fiber is found in fruits, vegetables and whole grains.

Other good sources of fiber include nuts, cereals and legumes.

Including more fiber in your diet can decrease the absorption of fat and sugar in your small intestine, helping to lower the amount of triglycerides in your blood (11).

In one study, researchers showed that supplementing with rice bran fiber decreased blood triglycerides by 7–8 percent among people with diabetes (12).

Summary: Adding fiber to your diet from fruits, vegetables and whole grains can reduce blood triglycerides.

Aerobic exercise can increase levels of HDL cholesterol in your blood, which can then lower blood triglycerides.

When paired with weight loss, studies show that aerobic exercise is especially effective at decreasing triglycerides (14).

Examples of aerobic exercise include walking, jogging, bicycling and swimming.

Regarding amount, the American Heart Association recommends getting at least 30 minutes of exercise five days per week.

The benefits of exercise on triglycerides are most apparent in long-term exercise regimens. One study showed that jogging for two hours per week over four months led to a significant decline in blood triglycerides (15).

Artificial trans fats are a type of fat added to processed foods to increase the shelf life.

Due to their inflammatory properties, trans fats have been attributed to many health problems, including increased “bad” LDL cholesterol levels and heart disease (17, 18, 19).

One study showed that triglyceride levels were significantly higher when participants followed a diet with high or moderate amounts of trans fats, compared to a diet high in unsaturated oleic acid (20).

Summary: A diet high in trans fats can increase both blood triglycerides and the risk of heart disease. Limit your consumption of processed, baked and fried foods to minimize your trans fat intake.

Fatty fish is well known for its benefits on heart health and ability to lower blood triglycerides.

This is mostly due to its content of omega-3 fatty acids, a type of polyunsaturated fatty acid that is considered essential, meaning you need to get it through your diet.

Both the Dietary Guidelines for Americans and American Heart Association recommend eating two servings of fatty fish per week.

In fact, doing so can decrease the risk of death from heart disease by 36 percent (22).

Salmon, herring, sardines, tuna and mackerel are a few types of fish that are especially high in omega-3 fatty acids.

8. Increase Your Intake of Unsaturated Fats

Studies show that monounsaturated and polyunsaturated fats can reduce blood triglyceride levels, especially when they are replacing other types of fat.

One study analyzed what 452 adults had eaten over the past 24 hours, focusing on several types of saturated and polyunsaturated fats.

Another study gave elderly participants four tablespoons of extra virgin olive oil daily for six weeks. For the duration of the study, this was the only source of added fat in their diets.

The results showed a significant decline in triglyceride levels, as well as total cholesterol and LDL cholesterol levels, compared to the control group (25).

To maximize the triglyceride-lowering benefits of unsaturated fats, pick a healthy fat like olive oil and use it to replace other types of fat in your diet, such as trans fats or highly processed vegetable oils (21).

Summary: Monounsaturated and polyunsaturated fats can decrease blood triglyceride levels, especially when they are consumed in place of other fats.

Insulin resistance is another factor that can cause high blood triglycerides.

After you eat a meal, the cells in your pancreas send a signal to release insulin into the bloodstream. Insulin is then responsible for transporting glucose to your cells to be used for energy.

If you have too much insulin in your blood, your body can become resistant to it, making it difficult for insulin to be used effectively. This can lead to a build-up of both glucose and triglycerides in the blood.

A growing body of research shows that irregular meal patterns can lead to decreased insulin sensitivity, as well as to increases in heart disease risk factors like LDL and total cholesterol (26, 27).

However, the evidence is mixed when it comes to meal frequency.

On the other hand, another study showed that eating six meals per day led to a greater increase in insulin sensitivity than eating three meals per day (29).

Regardless of how many meals you’re eating daily, eating regularly can improve insulin sensitivity and lower blood triglyceride levels.

Alcohol is high in sugar and calories.

If these calories remain unused, they can be converted into triglycerides and stored in fat cells.

Although a variety of factors come into play, some studies show that moderate alcohol consumption can increase blood triglycerides by up to 53 percent, even if your triglyceride levels are normal (30).

That said, other research has linked light-to-moderate alcohol consumption to a reduced risk of heart disease, while linking binge drinking to an increased risk (31, 32, 33).

11. Add Soy Protein to Your Diet

Soy is rich in isoflavones, which are a type of plant compound with numerous health benefits. This is especially true when it comes to lowering LDL cholesterol (34, 35, 36).

Similarly, an analysis of 23 studies found that soy protein was associated with a 7.3 percent decline in triglycerides (38).

Soy protein can be found in foods like soybeans, tofu, edamame and soy milk.

Tree nuts provide a concentrated dose of fiber, omega-3 fatty acids and unsaturated fats, all of which work together to lower blood triglycerides.

Another analysis including 2,226 participants had similar findings, showing that eating tree nuts is associated with a modest decrease in blood triglycerides (40).

Keep in mind that nuts are high in calories. A single serving of almonds or about 23 almonds, contains 163 calories, so moderation is key.

Most studies have found the greatest health benefits in individuals who consumed between 3–7 servings of nuts per week (41, 42, 43).

Summary: Nuts contain many heart-healthy nutrients, including fiber, omega-3 fatty acids and unsaturated fats. Studies suggest that including between 3–7 servings of tree nuts per week can decrease blood triglycerides.

Several natural supplements could have the potential to lower blood triglycerides.

Below are a few of the main supplements that have been studied:

Summary: Several supplements have been studied for their ability to lower triglyceride levels, including fish oil, fenugreek, garlic extract, guggul and curcumin.

Diet and lifestyle factors have a major influence on your blood triglycerides.

Choosing healthy, unsaturated fats in place of trans fats, decreasing your intake of carbs and exercising regularly may help lower your blood triglycerides in no time.

With a few simple lifestyle modifications, you can decrease your triglycerides and improve your overall health at the same time.