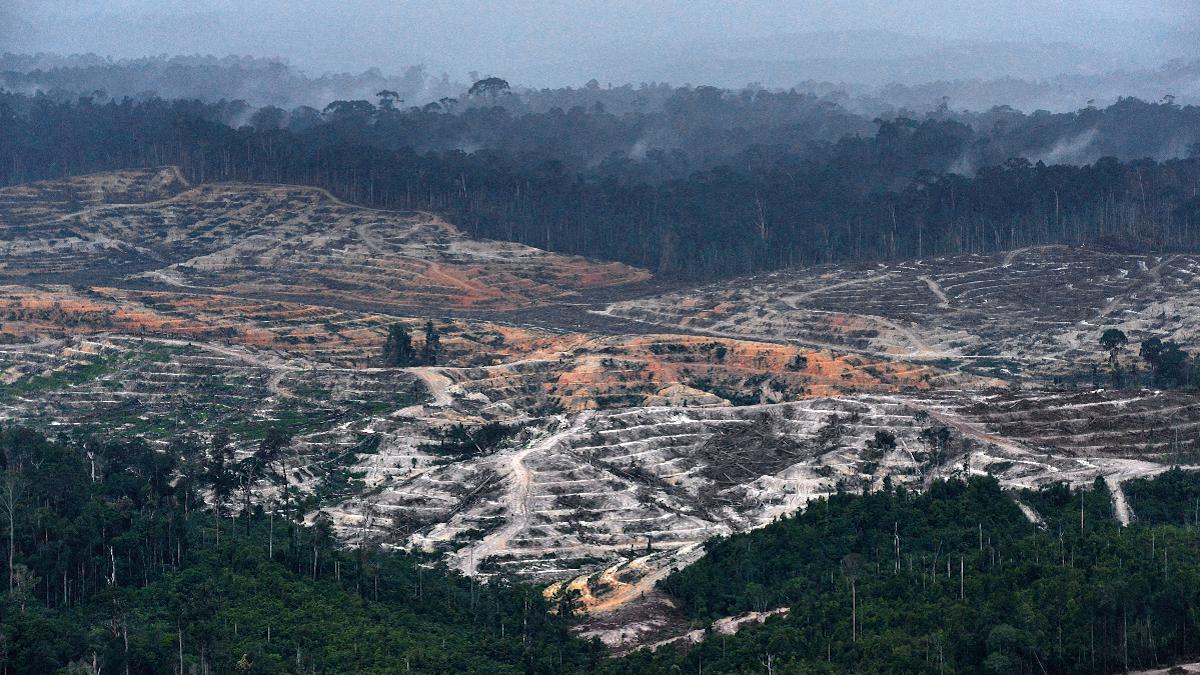 Over the past 40 years, about 50 percent of lowland rainforests in Southeast Asia have been converted for palm oil and other plantations, and remaining forests in the region are heavily logged, according to new research. Yet while the impacts of fragmentation on old-growth forests are well understood, how fragmentation impacts regenerating logged forests isn’t.

Research published Tuesday in Nature Communications highlights the critical need to protect some of the world’s most biologically diverse, yet damaged, forests.

The regrowth of natural forests could offset 25 percent of current annual fossil fuel emissions, the scientists wrote. Yet as the climate grows hotter and drier, little is known about the ability of damaged forests to both recover and sequester carbon. In response, the team looked at how these “human-modified” tropical forests of Borneo recovered, following the 2015-2016 El Niño event of extremely hot and dry environmental conditions, the University of Helsinki wrote in a statement.

While the dry climate of 2015-2016 did result in “increased leaf shedding and branch fall,” the scientists wrote, they also found that regenerating forests continued to grow, despite “high temperatures and water demand in these logged forests,” the University of Helsinki wrote.

However, regenerating forests in close proximity to palm oil plantations faced issues associated with fragmentation, like tree mortality and lower productivity. The closer a forest was to a plantation, the more these impacts “increased exponentially,” the University of Helsinki wrote.

Based on their findings, the scientists suggest that buffers for regenerating forests nearby streams and rivers and palm oil plantations must be twice the width of what is currently required by law in Sabah, Malaysia, Matheus Nunes, a postdoctoral researcher and lead author of the paper, told the University of Helsinki. “If designed and protected appropriately, riparian reserves in oil palm estates support regrowth with potential positive consequences for the global carbon cycle and for ecosystem function,” the University of Helsinki wrote.

Conserving the tropical rainforests in Borneo could do more than just offset emissions – it also could conserve endangered species and the way of life for indigenous communities in the area.

“Logging will destroy our forests,” Penan leader Komeok Joe said in a statement to Al Jazeera, regarding recent plans to cut forests in the Malaysian state of Sarawak on Borneo. “It will destroy our rivers and medicines and prevent us from satisfying all of our needs in the forests on which we depend for our lives.”

While conservation of Borneo’s and much of Southeast Asia’s rainforests remains a challenge as the demand for palm oil increases, commitments to the Roundtable for Sustainable Palm Oil could pioneer a transformation in the industry. Formed by industry leaders and the World Wildlife Fund for Nature, the entity was designed in 2004 to end deforestation and improve ethical sourcing for palm oil, Eco-Business reported.

But while the entity has made considerable progress in certifying producers to adopt sustainable methods, nearly 17 years later, only 19 percent of palm oil produced globally is certified by the RSPO, according to Eco-Business.

“[The] RSPO has an appropriate standard, but the system is inadequate at upholding that standard,” Robin Averbeck, forest program director at Rainforest Action Network (RAN), told Eco-Business, adding that the entity has often chosen poor leadership.

To save increasing damaged tropical rainforests, efforts need to extend past the RSPO, and onto an international stage, the scientists wrote. A declaration like the “2021–2030 is the Decade on Ecosystem Restoration” by the United Nations, which urges global cooperation on the restoration of damaged ecosystems, could be a step in the right direction.

“Given the rapid pace of land-use change across the tropics, the implications of this study extend beyond Borneo,” the scientists wrote. “We voice concerns about the potential of heavily fragmented tropical forests to recover as climate becomes hotter and drier and highlight the need to protect riparian forests.”