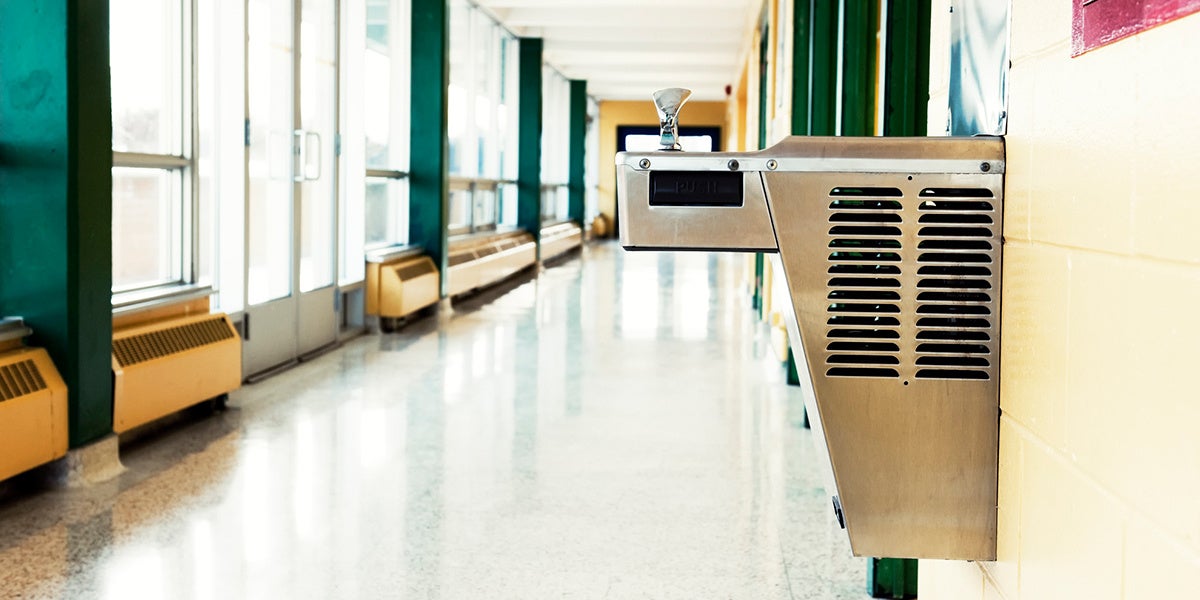 A troubling new report by the U.S. Government Accountability Office (GAO) found that more than a third of the nation’s schools that tested their water for lead found “elevated levels” of the neurotoxin. But despite heightened concern in recent years about lead in drinking water, more than 40 percent of schools surveyed conducted no lead testing in 2016.

According to the GAO’s nationwide survey, roughly 43 percent of school districts, serving 35 million students, tested for lead in 2016. Of the districts that tested, 37 percent found lead at levels above the threshold the districts set for taking remedial action. All the districts that found elevated levels reported taking steps to lower lead, such as installing filters, replacing old water fountains, and providing students and employees with bottled water.

“This report should shock every member of Congress and jolt acting EPA Administrator Andrew Wheeler into action,” said Environmental Working Group President Ken Cook. “In the richest country on Earth, none of our children should be attending schools where the drinking water is contaminated with a heavy metal that causes brain damage.”

In 2009, California set a public health goal for lead in drinking water at 0.2 ppb to protect against harms to the brains and nervous systems of children. This health guideline, which is not enforceable, was based on studies of children showing that an increase of one microgram of lead per deciliter of blood was correlated with a decrease of one IQ point.

EWG urges the federal government to set a protective legal limit for lead in drinking water, as it does for other water contaminants under the Safe Drinking Water Act. The EPA should require more aggressive action to monitor both schools and homes for lead contamination, and compel water companies to speed up their plans to replace water service lines.

“Instead of working to deplete the EPA’s resources and authority to protect public health at the behest of polluters, President Trump and Acting Administrator Wheeler should demand that the agency gets whatever it needs from Congress to reduce the threat of lead in our drinking water,” said Cook.

Last year, EWG released a searchable national drinking water database that provides information about contamination in the tap water of virtually every American. The GAO’s report also provides guidance on what people can do to protect themselves and their families from the risks from lead in drinking water.