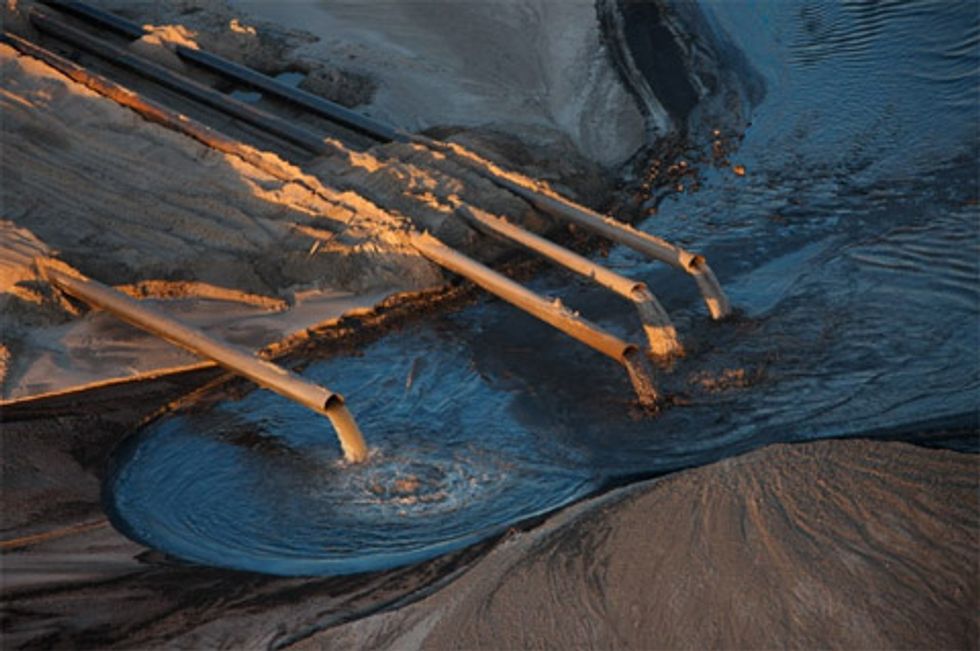 Although the State Department has not yet completed its review of the controversial project and last week held public meetings in Lincoln and Atkinson, Neb., that were attended by hundreds of citizens opposed to the project, the department and the Fish and Wildlife Service are already allowing TransCanada to clear the proposed pipeline route. The lawsuit challenges work that the company has started in Nebraska and cites the agencies for violating the National Environmental Policy Act, which prohibits commencement of a project before it has been approved.

“It’s outrageous that TransCanada is already clearing the way for the Keystone XL pipeline before the public has had a chance to have its say and, indeed, before federal agencies have even said it can be built,” said Noah Greenwald, endangered species program director at the Center for Biological Diversity. “It looks like the fix is in on this dangerous project, and the sham public process is nothing more than an afterthought.”

Quietly, the State Department and Fish and Wildlife Service have allowed TransCanada to mow a pipeline corridor through about 100 miles of native prairie grasslands in Nebraska’s Sandhills, and to remove endangered species living in the corridor.

In granting this permission, the State Department has provided proof that it is not truly committed to conducting the legally mandated environmental impact statement or the national interest determination in an impartial, science-based manner. State Department documents obtained through the Freedom of Information Act and made public Oct. 3 by Friends of the Earth also confirm a review process irrevocably tainted by department employees’ pro-pipeline bias and complicit relationships with industry executives.

“The State Department has further confirmed that it is running a corrupt review process by giving TransCanada a green light to begin construction,” said Erich Pica, president of Friends of the Earth. “It makes a mockery of the public and sends a message to Nebraskans that their concerns don’t matter. If the State Department was truly doing its job, this lawsuit wouldn’t be necessary. President Obama must revoke the State Department’s authority to review the Keystone XL pipeline in order to restore the public’s trust.”

The proposed Keystone XL pipeline would carry up to 830,000 barrels of oil strip-mined from Canada’s tar sands across Nebraska’s legendary Sandhills and hundreds of rivers and streams. It will pass directly over the Ogallala Aquifer, which is a source of drinking water for millions of Americans and a major source of water for agriculture. TransCanada’s existing Keystone I tar sands pipeline has reportedly leaked 14 times since it went into operation in June 2010.

“The Keystone XL pipeline is a highly controversial project because of its tremendous impacts on our land, air, water and wildlife, and should not be approved,” said Bruce McIntosh, ecologist with the Western Nebraska Resources Council. “At the very least, construction of the pipeline route through the most controversial section should not be proceeding until a final decision is made, following public hearings and a determination of whether this pipeline is really in the national interest.”

Photos of the mowed pathway of the pipeline can be found here.