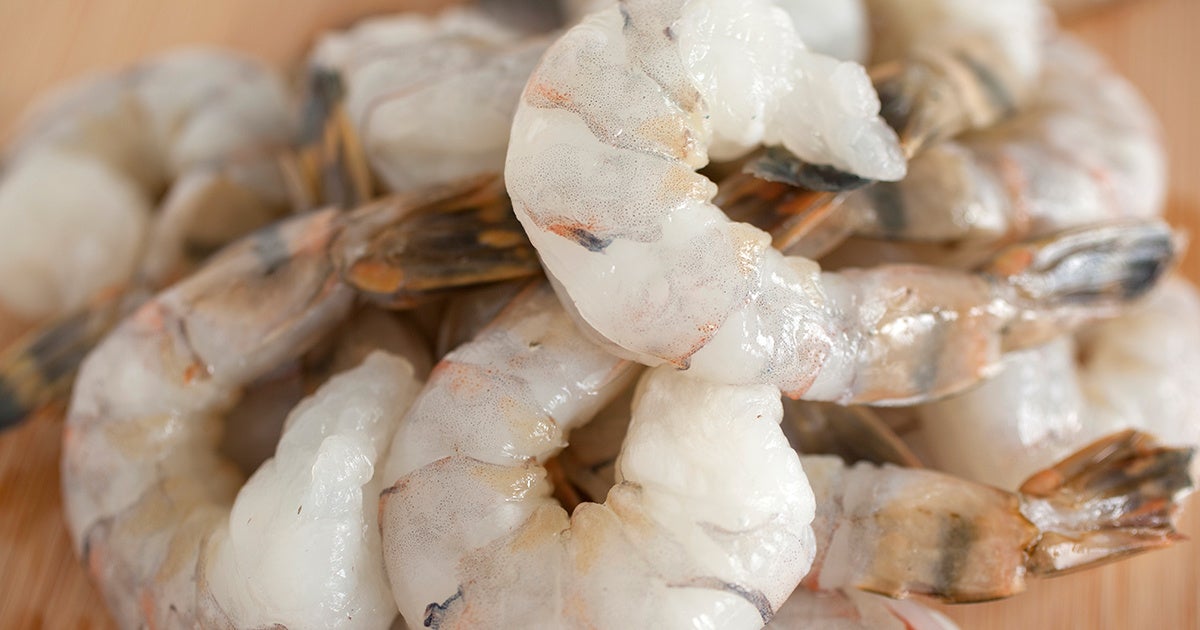 Anyone planning to serve shrimp with their champagne this New Year’s Eve should check their receipts.

The largest grocery store in the U.S. has recalled “cooked” shrimp products in three states due to a potential “health hazard,” CBS News reported Friday. Kroger Co. said the impacted shrimp was sold at its stores in Michigan, central and northwest Ohio and northwest Virginia.

“The product may be under-cooked, which could result in contamination by spoilage organisms or pathogens,” Kroger wrote in its recall notice.

The recall impacts nine different varieties of cooked shrimp that are also available at KingSoopers, Frys and Smiths stores, The Detroit Free Press reported. The items were produced between Aug. 25 and 26 of 2018 and have a sell-by dates between Aug. 25 and 26 of 2020. Kroger is offering a full refund for all of the shrimp varieties below, as listed by The Detroit Free Press:

“We are sorry for this inconvenience. Your safety is important to us,” Kroger wrote in its notice.

The shrimp recall tops up a rough year for food safety in the U.S. By November, the U.S. Center for Disease Control and Prevention had undertaken 22 food safety investigations, the most in at least 12 years, the Natural Resources Defense Council (NRDC) wrote.

Some of the problems can be linked to deregulatory moves by the Trump administration, the NRDC explained. An outbreak of E. coli linked to romaine lettuce that killed at least five people midyear was potentially caused by irrigation water contaminated by a nearby factory farm, but Trump’s Food and Drug Administration suspended testing and inspection for irrigation water used on vegetables in 2017.

Crop scientist Dr. Sarah Taber wrote for Slate that Trump’s hardline stance on immigration could also be partly to blame, since it makes the immigrants who do the nation’s frontline farm work feel increasingly insecure. Taber explained:

[T]o do even the most basic food safety practices, you need workers who can get trained, stay, and put that training to work. Any situation that disrupts the farm workplace, increases turnover, or incentivizes workers to keep quiet and not get noticed has consequences for food safety. And the recent immigration crackdowns are more than disruptive enough to affect farm operations’ safety practices.

Kroger has not released any information about how raw or under-cooked shrimp ended up labeled as fully cooked, so there is no way to assess if this outbreak specifically could have been impacted by the current administration’s policies.