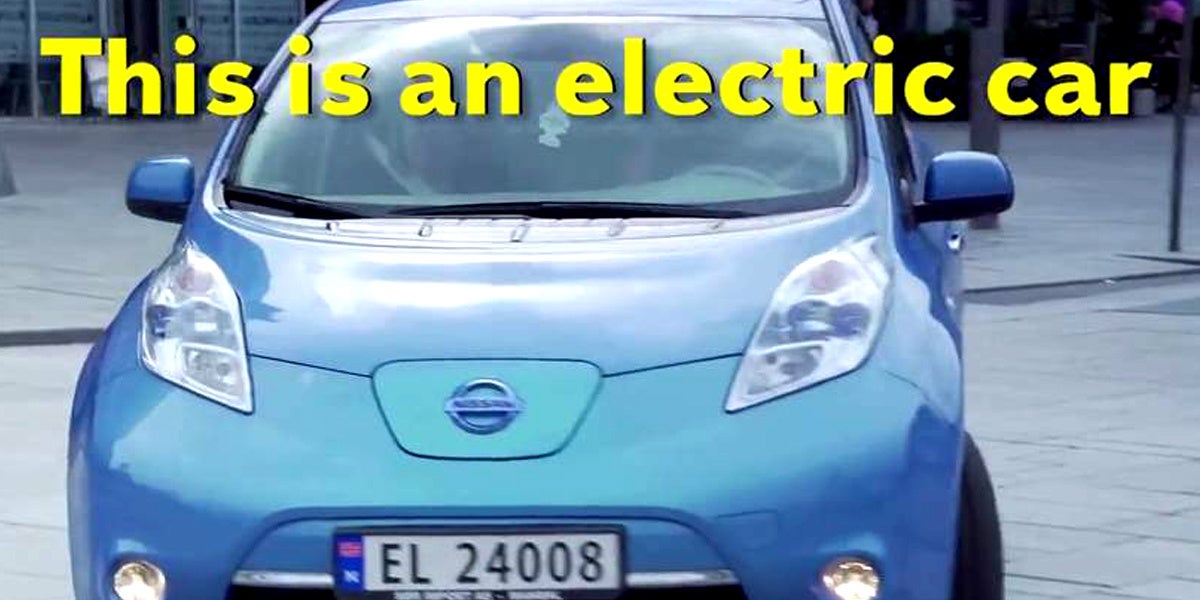 The video and accompanying Dirty Secrets of Electric Cars web page feature blatant factual errors, misleading statements and glaring omissions (all of which will be debunked thoroughly below), while essentially attacking electric cars for using the same materials needed to manufacture cell phones, laptops, defense equipment and gas-powered cars, and which are even a critical component of the very oil refining processes that form the foundation of the Koch fortunes.

When Fueling U.S. Forward launched last August, the organization’s president Charles Drevna described the campaign as an effort to rebrand fossil fuels by focusing on the “positive” aspects of coal, oil and gas. This newly released video seems to further confirm investigative journalist Peter Stone’s reporting from last spring that the Kochs were “plotting a multimillion dollar assault on electric vehicles.”

How do we know that Fueling U.S. Forward is this Koch-funded campaign? First, Charles Drevna, who is leading the effort, developed the concept while serving as a distinguished senior fellow at the Institute for Energy Research, a pro-fossil fuel think tank that was partially founded by Charles Koch and that is run by a longtime lobbyist for Koch Industries. Second, and more concretely, Drevna told DeSmog’s Sharon Kelly that he was working with Koch Industries‘ board member (and longtime Koch brothers’ confidant) James Mahoney on the campaign and that it was funded by “one of the brothers.”

Fueling U.S. Forward and America Rising Squared (or AR2) have no public affiliation. Yet within a few weeks in June, both groups launched attacks on electric vehicles using the same misleading arguments and nearly identical language. While the former group is a known Koch-funded campaign to promote fossil fuels, the latter has close ties to the GOP establishment, and has invested heavily in promoting alleged hypocrisy among climate action advocates, even paying “trackers” to follow around the likes of Tom Steyer and Bill McKibben.

In June, as DeSmog reported, AR2 published a white paper that purports to reveal the “human and environmental costs of ‘clean energy,'” taking electric vehicles and solar panels to task for their reliance on rare Earth metals. As we wrote at the time:

Here’s what the white paper doesn’t mention: many of the very same rare Earth minerals that the AR2 report bashes are critical components of cell phones, computers, cameras, military and defense equipment, and even traditional gas-powered vehicles. What’s more, the petroleum refining process is critically dependent on some of the same rare Earths that AR2 lambasts in this white paper.

The new video from Fueling U.S. Forward echoes the AR2 talking points, almost to the word. (For a closer analysis of the AR2 report, see the original DeSmog article).

The Fueling U.S. Forward video (which is still unlisted on Youtube, but available to be shared and viewed by anyone with the link) is short enough that we can walk through it line by line.

“This is an electric car/ Car companies say it’s a clean alternative/ But electric cars are more toxic to humans than average cars.”

This depends on an exceedingly narrow definition of “toxic.” If you only consider the materials that go into the batteries of electric cars versus the batteries of “average” cars, then this is maybe defensible. But if you consider the materials that go into the entire vehicle, as well as the fuel used to power the vehicle, than EVs are far cleaner and less toxic.

First, there’s the fact that gas-powered vehicles require some of the same “toxic” rare Earth metals that the video criticizes. (More on that below). Then there’s the even bigger issue that tailpipe emissions—including ozone, particulate matter and other smog-forming chemicals—are the dominant source of ground level air pollution, and nearly one half of all Americans live in areas that don’t meet federal minimum air quality standards. In fact, emissions from road transportation cause roughly 53,000 premature deaths every year in the U.S., according to MIT researchers.

“Their batteries are made of rare Earth metals/ Like cobalt, lithium…”

First, a fact check: cobalt and lithium aren’t rare Earth metals. This isn’t to say they aren’t problematic—cobalt mining in particular is plagued by some very serious environmental and labor problems, as documented in in-depth reports by Amnesty International and the Washington Post. But these problems are economy-wide. Cobalt is used widely in the lithium-ion batteries that power most cell phones and laptops. (See the subheadline of the very Washington Post article that the FUSF video cites: Tracing the path from deadly hand-dug mines in Congo to consumers’ phones and laptops). There’s no question that lithium-ion battery manufacturers have to clean up their supply chains, but that’s something that Apple and Panasonic and Samsung are as responsible for as Tesla and Ford and General Motors.

Actually, cerium is used in nickel metal hydride batteries that are common in hybrid motors, but isn’t used in the lithium-ion batteries that have been utilized in plug-in vehicles in nearly a decade.

“That are extracted mostly overseas/ From countries like China/ And Congo/ Where pollution is rampant/ And children are forced into oppressive labor.”

Again, electric vehicle manufacturers must do their part to clean up the mining of these metals. But so do the cell phone and laptop makers, companies that supply communications and combat equipment to the Department of Defense, satellite communications system operators, medical device manufacturers, and so on.

This last point is simply untrue. First of all, very few electric vehicle batteries have even run through their usable lives. Once they do, companies are already lining up to start recycling them, either for use on the electric grid or to be disassembled and the materials reused.

“This makes electric cars toxic/ For both people and the planet.”

Some of the components of electric car batteries have localized health and environmental impacts. But compared to the alternative—internal combustion vehicles spewing carbon and other air pollution—electric cars truly are much cleaner from cradle to grave.

Correction: An earlier version of this article stated that “cerium is used in the batteries of electric vehicles,” whereas it is actually used in nickel metal hydride batteries common in hybrid motors, no longer in plug-in vehicles. We appreciate those who reached out to note the error.