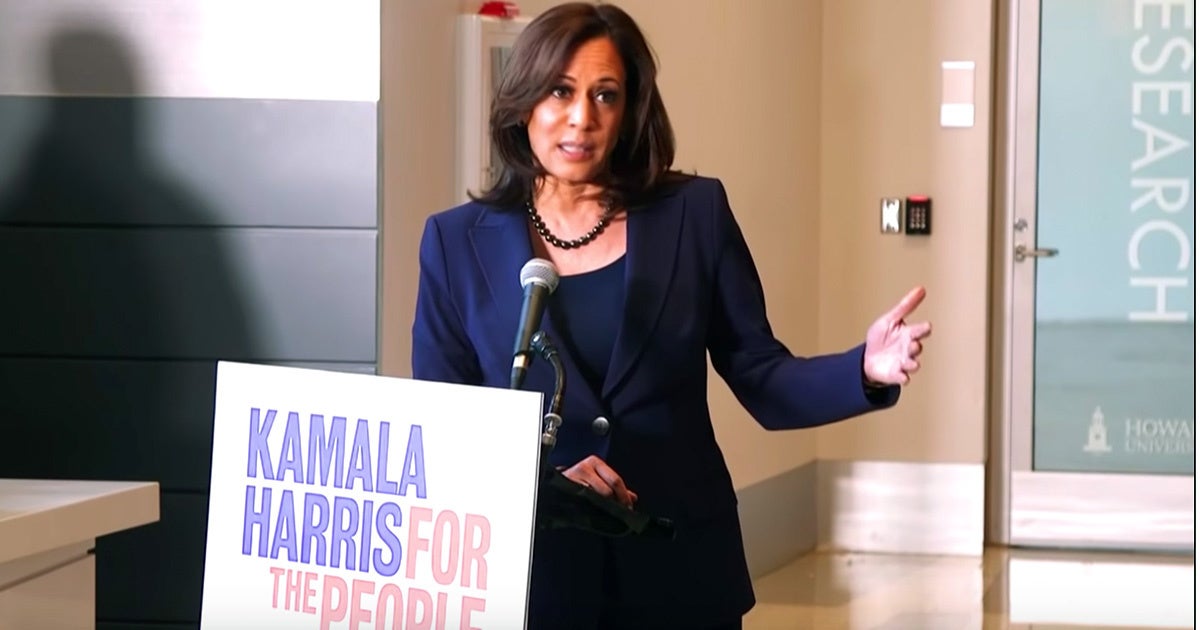 Kamala Harris on Monday became the latest Democratic presidential contender to back a Green New Deal, in what has become a “litmus test” for 2020 hopefuls, according to the youth-led Sunrise Movement that helped launch the ambitious economic and climate proposal.

“I support a Green New Deal and I will tell you why,” the California Senator said during a CNN town hall in Iowa. “Climate change is an existential threat and we have got to deal with the reality of it.”

Harris also took aim at the climate skeptics in office.

“We have got to deal with the reality of the fact that there are people trying to peddle some ideas that we should deny it. They are peddling science fiction instead of what we should do, which is rely on science fact,” she said at the town hall.

“I support a Green New Deal … Climate change is an existential threat to us and we have got to deal with the reality of it,” Kamala Harris says. #HarrisTownHall https://t.co/0EMGUsQFut pic.twitter.com/HJIG0HFQDr

The Green New Deal—made popular by freshman Rep. Alexandria Ocasio-Cortez (D-N.Y.)—aims to create a select committee of House members that would have the authority to “develop a detailed national, industrial, economic mobilization plan” to allow the United States to become carbon neutral and to “promote economic and environmental justice and equality.”

The increasingly popular plan has been backed by at least 45 members of Congress and hundreds of environmental, social justice and political groups.

As for the names vying for the 2020 presidential ticket, Sens. Kirsten Gillibrand (D-N.Y.) and Elizabeth Warren (D-Mass.) as well as former Housing and Urban Development Secretary Julián Castro have also backed the Green New Deal, according to The Hill.

Climate change is an immediate and catastrophic threat to our future. And yes, it's real.

We need to:
✅Get to net-zero carbon emissions
✅Invest in clean energy and green jobs
✅Update infrastructure and build community resiliency

We need a #GreenNewDeal, and we need it now. https://t.co/viCTQMix9b

“It’s becoming the new litmus test for every Presidential candidate: if you want to lead our nation and claim to represent young people, come out in FULL support of the Green New Deal,” the Sunrise Movement tweeted after Gillibrand announced her support at a recent event in San Francisco.

“If mobilizing to confront the climate crisis is not one of your top 3 issues, it’s going to be hard for our generation to take you seriously,” the group also tweeted to the presidential contenders. “Embrace it, or thank u, next.”

Last night, @Gillibrandny voiced support for the #GreenNewDeal at an event in San Francisco!

It's becoming the new litmus test for every Presidential candidate: if you want to lead our nation and claim to represent young people, come out in FULL support of the Green New Deal. pic.twitter.com/ySwpQowxwi

“How about we invest that in a Green New Deal, to help protect this planet?” she said.

Also during the CNN town hall, Harris mentioned that the top two fastest-growing occupations on the Bureau of Labor Statistics list are installers for solar panels and wind turbine service technicians.

“We need those jobs to be created and filled because we need to be dedicated to that kind of work, and that’s what a Green New Deal has to include,” she said.

She then lamented, “Our planet is at great risk … we have policymakers who are in the pockets of big oil and big coal (and) don’t fully appreciate the fact that we are looking at something that is presenting an existential threat to our country.

“And, listen, all children need to be able to breathe clean air and drink clean water, and we’ve got to have a commitment to a policy that will allow that to happen for ourselves and our children and our grandchildren. And right now we don’t,” she concluded.

"The Best and Worst Midterm Results for the Environment" by Olivia Rosane for @EcoWatch: https://t.co/lk15e8lnUo