Donald Trump Wants a Fight on the Green New Deal. So Do We 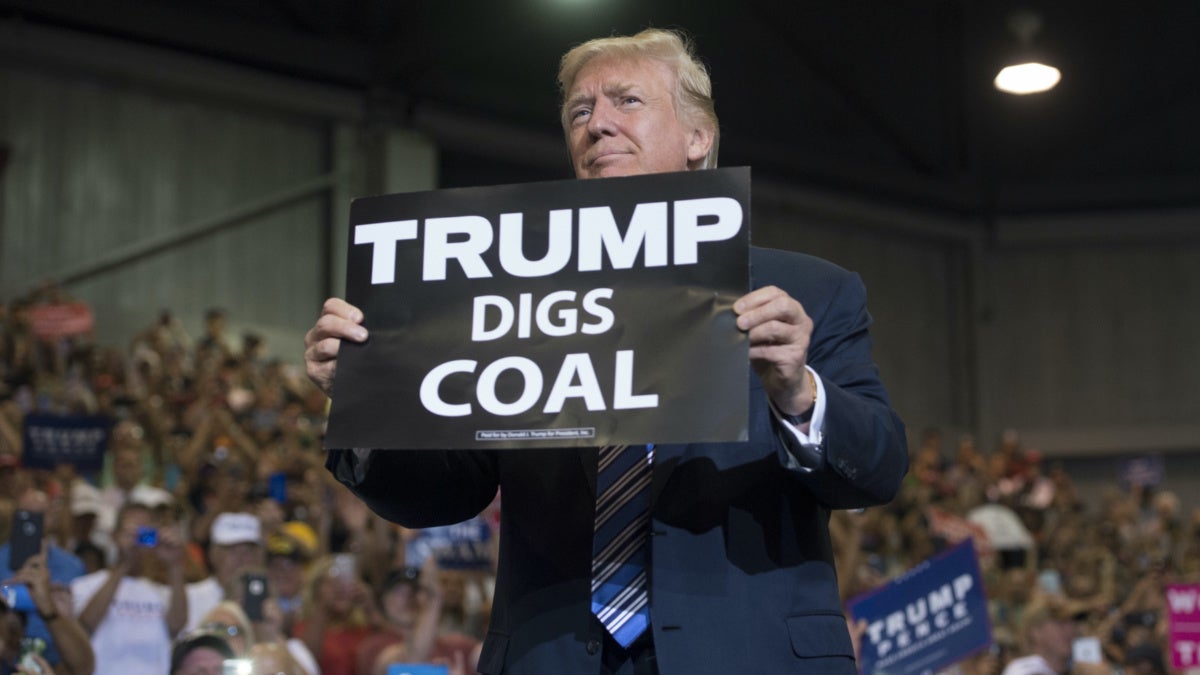 By Varshini Prakash and John Podesta

At the 2019 Republican Retreat, Donald Trump promised his allies that he would make this election about climate change: “I want to bring them way down the pike,” he said, “before we start criticizing the Green New Deal.”

At his Tulsa rally in June, and in many of the campaign “speeches” he’s given since then, the president’s long riff on the climate proved he hasn’t forgotten the promise he made to Republicans. Trump’s obsession with the Green New Deal—from his fixation on the completely debunked notion that windmills cause cancer, to his nonsense about cows and hamburgers, to his racist and misogynistic ramblings about Representative Alexandria Ocasio-Cortez, who introduced the Green New Deal Resolution—is much more central to his reelection effort than it appears at first glance.

For whatever reason, Trump has decided that the Green New Deal—a proposal to save our country from environmental and economic disaster—is going to be his main electoral punching bag in the 2020 campaign.

If that’s the fight he wants to pick, we say: Bring it on. And new polling shows the Democratic Party should welcome the fight, too.

Trump and the GOP appear poised to spend the election attacking Joe Biden’s plan to create millions of high-paying jobs by falsely arguing that it will cost 0 trillion, and destroy all the cows, cars, and airplanes. The goal of these absurd lies is to distract us from the truth: He and his party have no plan to address the climate crisis aside from further lining the pockets of oil and gas executives. But the American people want climate action.

New polling from Climate Power 2020 finds 71 percent favor bold government action on climate change, while only 18 percent oppose it. And talking about climate moves votes for Democrats. When presented as a choice between a Democratic congressional candidate in favor of bold climate action and an anti-action Republican, the vote moves 14 points in the Democrat’s favor. This jump is even bigger—21 points—for centrist Republican and Democratic voters. These numbers are astronomical, and they make clear that running aggressively on climate is the Democratic Party’s biggest political opportunity this election.

Trump’s record on climate is damning. He put oil and coal lobbyists in charge of protecting our environment—and they immediately went to work rolling back over 100 environmental safeguards, allowing corporate polluters to pump more toxic pollution and chemicals into our air and water. So that companies like Chevron can keep making billions in profits and pay zero in federal taxes, he’s waged a war on our clean energy industry that’s cost our economy over 1.1 million jobs. Future generations will face devastating health impacts and extreme weather disasters, all because Trump spent four years allowing fossil fuel lobbyists to dictate his every move on the climate, clean energy, and the environment.

Trump is picking this fight because he thinks he can convince voters that bold climate action is a threat, not a necessity. But hyperbolic attacks don’t work. Polling shows the American people see it for what it is: another distraction from the same guy who’s called both climate change and the novel coronavirus a hoax, who had the audacity to claim that thousands of Americans did not die under his watch in Puerto Rico after Hurricane Maria, and who never listens to scientists, experts—or even his own military leaders at the Pentagon, which have recognized climate change as a national security threat for years.

But here’s the deal: Running boldly on tackling the climate crisis, running on a Green New Deal, these are policies that can be popular in all 50 states. Democrats should run toward, not away from these fights. The evidence is clear: If we loudly make the case for bold climate action, we will win.

John’s gray hair is a testament to our 44-year difference in age. Those familiar with each of us may not think we have a lot in common. One of us chaired Hillary Clinton’s 2016 campaign, and one of us was Bernie Sanders’s leading climate surrogate in 2020. But we’re both clear: We’ve never seen our country so eager to elect leaders who will take bold action to stop the climate crisis.

Neither have we ever known a country in such dire need of such bold action. In a moment of historic unemployment, Democrats want to put millions of people back to work now by investing in bold climate action that would create millions of clean energy jobs and begin to repair decades of environmental injustice. That’s what the American people want too. By 23 points, voters support investing trillions of dollars in clean energy infrastructure.

We have paid an inconceivable price for Trump’s refusal to heed experts and science in a crisis. But as Americans claw out of unemployment, as folks scrape together the money to properly honor the lives they have lost, we have become unified by our acute fear of living through another crisis of this scale.

The climate crisis is the crisis we fear. Trump wants to fight about it. That’s good. So do we.