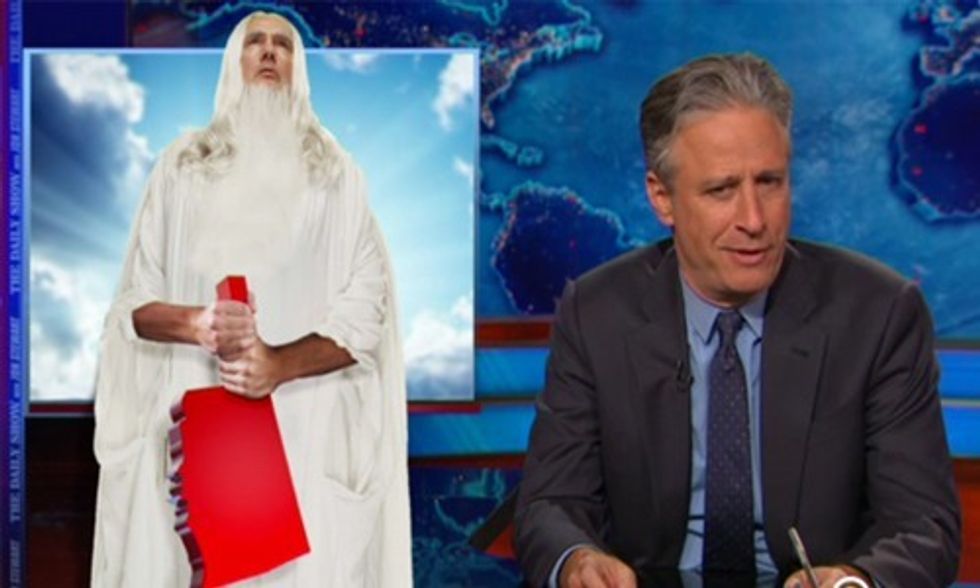 The Daily Show last night was particularly hilarious. Jon Stewart, of course, gives mention to Earth Day, "our favorite of the planetary birthdays," and offers an apology to Uranus for forgetting her birthday. He then, moves into the news of Oklahoma confirming the link between the increase in earthquakes with the increase in fracking. "Is it, as common sense might suggest, the seemingly obvious connection to fracking, or is the Lord using our great state as a shake weight?" Stewart asks. "Who really knows?"

He then has a field day with a bizarre Earth Day recycling promo video from the National Security Agency. And at the end of the show, he interviews the famous astrophysicist Neil deGrasse Tyson.

Check it out here: